ScarJost is alive and well.

The “Avengers: Infinity War” premiere in Los Angeles on Monday night not only managed to gather every superhero in the universe, but also Scarlett Johansson and Colin Jost. The actress and the “Saturday Night Live” star made their official red carpet debut as a couple at the event after nearly a year of dating.

“I’m just excited to share this experience with him because I’m so excited to see the film. I haven’t seen it before!” Johansson told Entertainment Tonight on the red carpet. 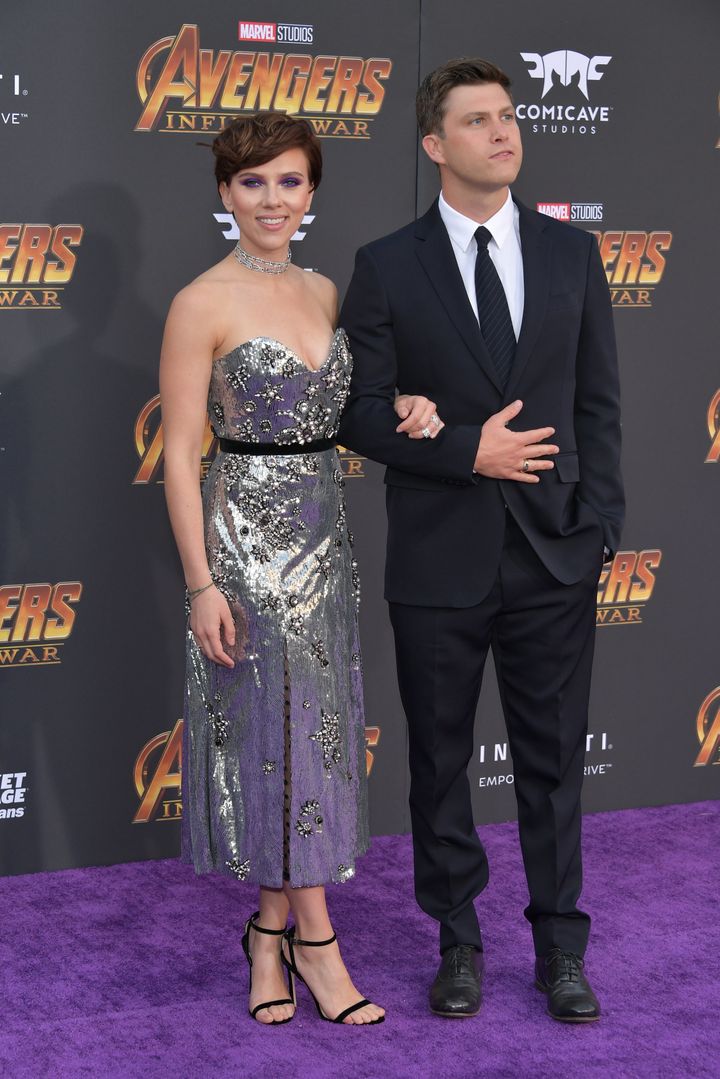 The two were first spotted together in May 2017 when they were seen kissing at the after-party for the late-night sketch show’s season finale. Months later, they confirmed the romance as they attended the American Museum of Natural History Gala in New York.

Johansson announced her separation from French journalist Romain Dauriac in January of 2017. The couple share a 3-year-old daughter named Rose. 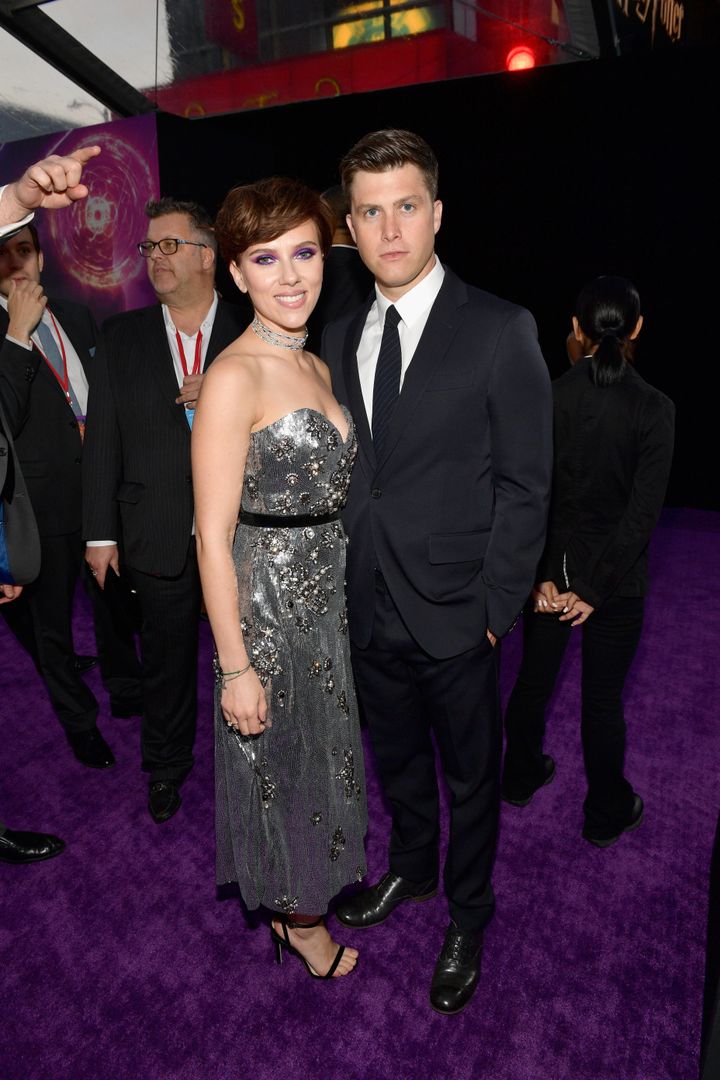 Ahead of the red carpet, the actress stopped by “The Ellen DeGeneres Show” to promote the superhero flick ― and also note that her Black Widow character is set to get a solo film of her own.

But the talk show host was, of course, more interested in her love life when she asked her to choose between Jost and his Weekend Update co-anchor, Michael Che.

When Ellen showed her a throwback photo of Jost with a full-on beard, however, she seemed genuinely shocked about her beau’s former look.

Jost himself was a tad more effusive when asked about his relationship at the Emmy Awards in September.

“She’s wonderful,” he told “Entertainment Tonight. “She’s pretty cool. It’s hard to have a lot of complaints, she’s pretty awesome. … The first time she hosted [in January 2006] was the first year I was a writer on the show. So, we’ve kind of known each other since then. She’s the best.”