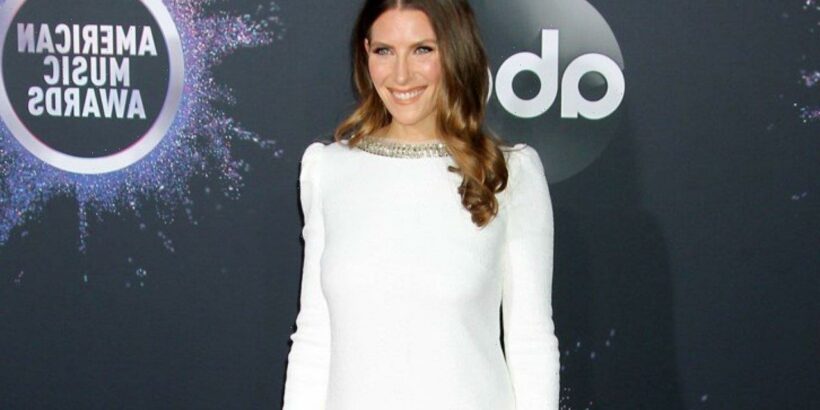 The actress, who portrays Twyla Sand on the comedy series, announces the birth of her baby by sharing a photo of her hand next to the tot’s tiny feet on Instagram.

AceShowbiz –Sarah Levy is officially a first-time mother. Having welcomed her first child with husband Graham Outerbridge, the actress portraying Twyla Sands on “Schitt’s Creek” unveiled the name of the newborn.

Taking to Instagram on Tuesday, July 5, the 35-year-old shared a photo of her hand next to the tot’s tiny feet. Alongside the snap, she gushed, “He decided to make an early entrance but we are so glad sweet James Eugene Outerbridge is in the world.”

It looks like Sarah paid homage to her father and “Schitt’s Creek” co-star, Eugene Levy as she used his first name as her son’s middle name.

The post has since been flooded with congratulatory comments from many. One in particular was Katie Couric, who exclaimed, “Congratulations!!!!! [three heart emojis].” Tony Hale then raved, “Welcome James!!”

Sarah confirmed her pregnancy in May. At that time, she posted a photo of her baby bump on Instagram in which she wore shorts, an unbuttoned shirt and a hat. In the caption, the actress wrote, “We’ll take all the salt vinegar chips and the hottest hot sauce you have, thx! [sic].”

Sarah revealed last October that she and producer husband Graham had got married. She wrote on Instagram at the time: “Bells are ringing 10.16.2021.” Her brother Dan Levy, who created the comedy series, revealed he, Sarah and her wedding party danced to tunes including S Club 7’s “S Club Party” on her big day.

He wrote on Instagram, “My sister got married this weekend. This is absolutely not a photo of us screaming the lyrics to S Club Party on the dance floor. Love you, @sarahplevy.” S Club singer Rachel Stevens later commented, “LOVE this SO much.”

Sarah and Graham, who have been together since 2018, tied the knot at the Sunset Tower Hotel in West Hollywood, Los Angeles.