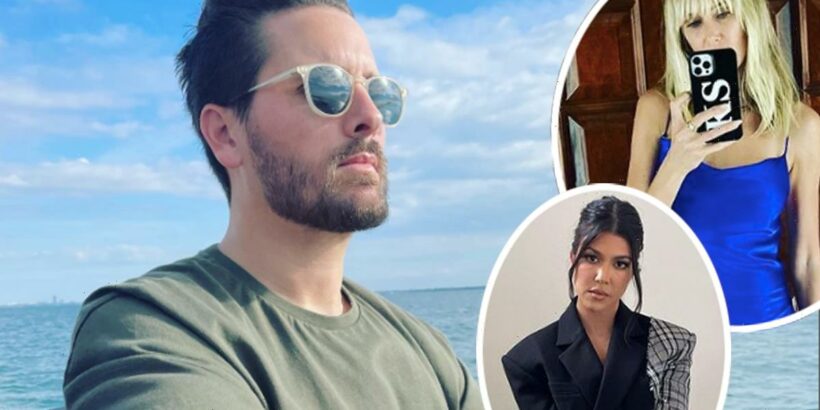 New romance alert?? But just how new is it…

As you’ve probably heard, Scott Disick got into a pretty nasty car crash Sunday. The wreck, which took place in The Oaks gated community near Calabasas, was investigated until authorities “determined the primary cause of the traffic collision was speed.” As we’ve previously reported, Scott ended up being fine and was picked up from the scene by family members (we wonder which KarJenner it was to come to his rescue!).

While we don’t have anything new from after the accident, we do know a bit more about Scott’s hours beforehand. “Hand” being the operative word.

See, he was seen looking very much on a date with…

The Lord himself was seen in photographs obtained by DailyMail.com holding hands with the blond bombshell just a few hours before his Sunday incident. Holding hands, y’all! The two were seen leaving Giorgio Baldi in Santa Monica, California after what appeared to be a yummy lunch date. In more ways than one!

In case you’ve forgotten through all Scott’s other drama through the years, the two were first romantically linked in 2015 after he and Kourtney Kardashian went their separate ways. Her mother, Alana Stewart, denied the rumors at the time, but we’re not sure who bought the denial.

This might come as somewhat of a sting to Kourt as she and little sis Kim Kardashian go waaaay back with Miss Stewart — all the way to childhood, where they attended Buckley School in the Sherman Oaks neighborhood of LA together. Scott and Kimberly have reportedly known one another ever since he first moved to Cali from Long Island, New York. A source close to Stewart even revealed back in 2015 that Kimberly may have been the one to introduce him to his future baby momma in the first place!

Ooooo, things are getting messy! Could this be Scott’s way of getting back at Kourt? Or maybe for real moving on with someone his own age?

Kourtney marrying Travis Barker finally hammered home for Scott the long overdue message that she’s definitely over him! The Flip It Like Disick star reflected on season one of Hulu’s The Kardashians how the relationship had affected him:

“Now that Kourtney has her life with Travis, as hard as it is, it does give me a place to finally be able to move on.”

“If I want to find somebody real, serious and someone I would actually want to spend my life with, then it would have to be somebody .”

Of course, even if the date was as romantic as it looked, it can’t be too serious. In addition to this recent news, we also know the Talentless founder was spotted leaving Nobu Malibu last week with a “mystery woman” in a tight black dress and strappy heels. A brunette mystery woman. Hmm.

Anyway, what do YOU think of Scott’s latest date? Is it a real romance? Will Kourtney be jealous, or is she too busy living her best life to even notice? Let us know your thoughts in the comments (below)!