SEBASTIAN SHAKESPEARE: David Starkey, 73, moans his broadcasting career has been ruined by ‘old, ugly women’, saying they’re the only ones who get on TV 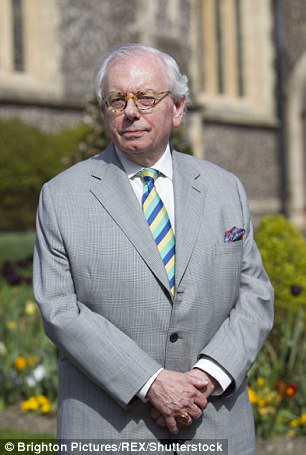 Outspoken historian David Starkey — one of television’s most prolific Tudor experts — claims that his broadcasting career has been ruined by the popularity of his female rivals.

Lashing out in particular at Cambridge classics professor Mary Beard, whom he argues gets more airtime, the 73-year-old presenter twists the knife by launching a deeply personal attack on her appearance.

‘The only chance I have of being on TV again is if I were very ugly. I think only old, ugly women can get on TV. Like Mary Beard,’ he tells me at a party in Westminster, adding that he’d only be hired now ‘if I had ‘tombstone’ teeth and rather funny hair and made a lot of noise about that fact’.

It’s a stark change from 2010, when he branded the works of his female rivals — such as Amanda Foreman, who once posed naked holding copies of her book Georgiana, Duchess Of Devonshire — as ‘historical Mills & Boon’.

He also complained that female historians are ‘usually quite pretty’ and keen to show off their good looks on their book covers.

Clearly no stranger to feuds, Cambridge-educated Starkey also incurred the wrath of fellow Tudor expert Lucy Worsley in 2009 by claiming that female historians had reduced Henry VIII’s life to a ‘soap opera’ by focusing on his marriages. Their five-year spat came to end only when the pair were hired by the BBC to co-present a programme about Hampton Court Palace.

His fresh attack on Beard, 63, proves that his penchant for ruffling feathers has not diminished with age.

‘Mary Beard was completely invented by A. A. Gill,’ he continues, referring to the late Sunday Times journalist’s comment in 2012 that she was ‘too ugly for TV’.

‘If he hadn’t have been so rude about her, we’d have never heard of her.’

At the time, Twitter-loving Beard said she had received a ‘deluge’ of support on social media following Gill’s remarks.

Unsurprisingly, Starkey has something to say about that, too. ‘She [Beard] tweets a lot. Twitter is so silly. 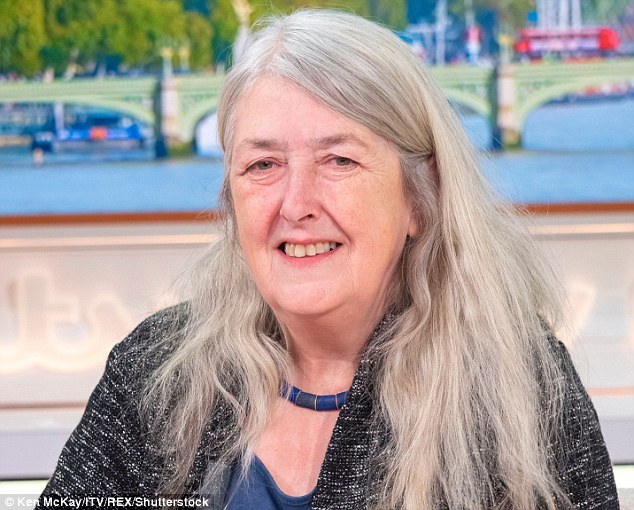 Was the Queen impressed by Donald Trump’s security detail for his recent UK visit? The Royal Household is now recruiting a £60,000-a-year security chief.

The advert says the successful candidate will ‘provide timely security advice . . . to create a safe and secure environment for all’. In 2016, a convicted murderer was jailed after climbing the palace fence, before being arrested by armed police.

Samantha Cameron’s sister Emily Sheffield has been overexerting herself on holiday in Greece. She reveals she’s nursing an injury after dancing too hard. ‘Dance floor injury turns out to be ruptured Achilles tendon,’ she wrote on social media. ‘Clearly, my moves on the dance floor [are] not what they were.’

Jamie Oliver’s wife Jools has shared online a rare selfie with her son River, who turns two next month, from their holiday in Cornwall.

Jools, 43, once complained being a stay-at-home mum was ‘ten times more difficult’ than her husband’s job running his £240 million cooking empire. Now she reveals it takes her a fortnight to prepare for their family getaways. 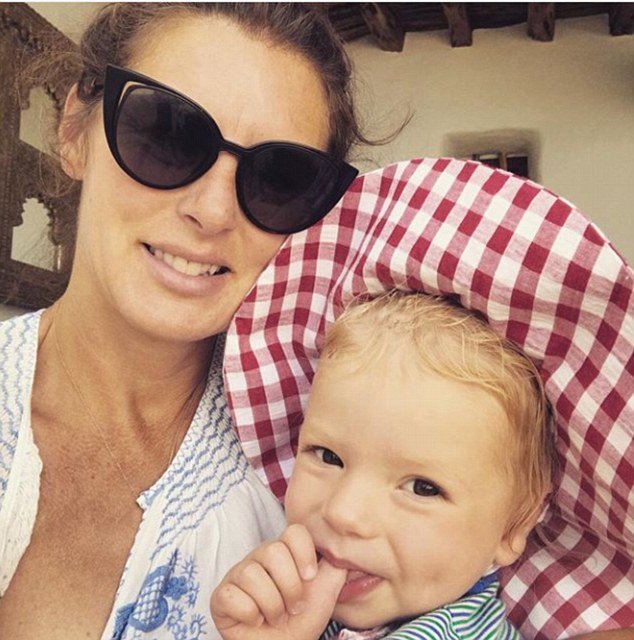 ‘I spend about two weeks packing,’ she moans. ‘It’s annoying because it would be nicer to just do it and not look at it and then keep adding and adding. Basically, I give myself a lot of time before I go anywhere.’

As if food guru Ella Mills, 27, didn’t have enough on her plate.

The daughter-in-law of the late Dame Tessa Jowell has decided to become a yoga teacher and started her training yesterday.

‘Last night, I couldn’t sleep worrying about whether this was a silly idea and that being out the office for five weeks was mad,’ she says. Time will tell.

The Duchess of Cambridge may soon have to start looking for some extra help in the wardrobe department, because her stylist, 30-year-old Natasha Archer has revealed she is expecting her first child.

Tash’s royal photographer husband, Chris Jackson, confirmed the news by posting on social media this picture of her, in which she shows off her burgeoning bump in a pretty patterned dress in Richmond Park, London. 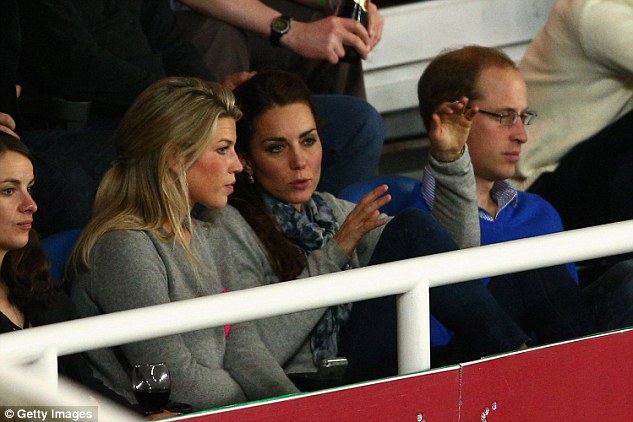 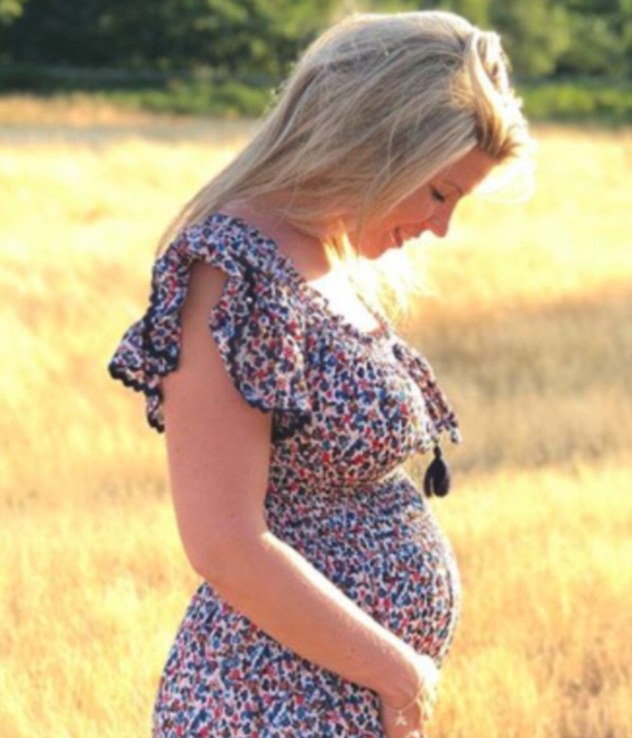 Having worked with the Royal Family since 2007, including as personal assistant to William and Kate, Natasha is said to have encouraged the Duchess to show more leg, ditch her beloved wedges for high heels and wear more High Street outfits.

The new Mamma Mia! film opens in cinemas this week — but proud ABBA fan Theresa May won’t be able to catch it on the big screen, owing to political distractions. ‘I probably won’t get to see Mamma Mia! in the cinema,’ the Prime Minister tells me. ‘These days, I don’t get to see that many films. I saw the first one, but the second one will have to be on DVD.’

The couple, who have two children together, Alastair, 12, and Aiden, seven, returned to Portofino to celebrate their third anniversary in 2010. While there, they learned that Penny was pregnant with Aiden.

And this year, they’ve headed further south to enjoy the island of Capri, off Naples. Sir Rod, 73 — who has six other children by four other women, including his previous wives Alana Hamilton and Rachel Hunter — looked sprightly in a spotless white shirt and shorts with sunglasses, while Penny, 47, opted for a bright orange and pink patterned outfit. 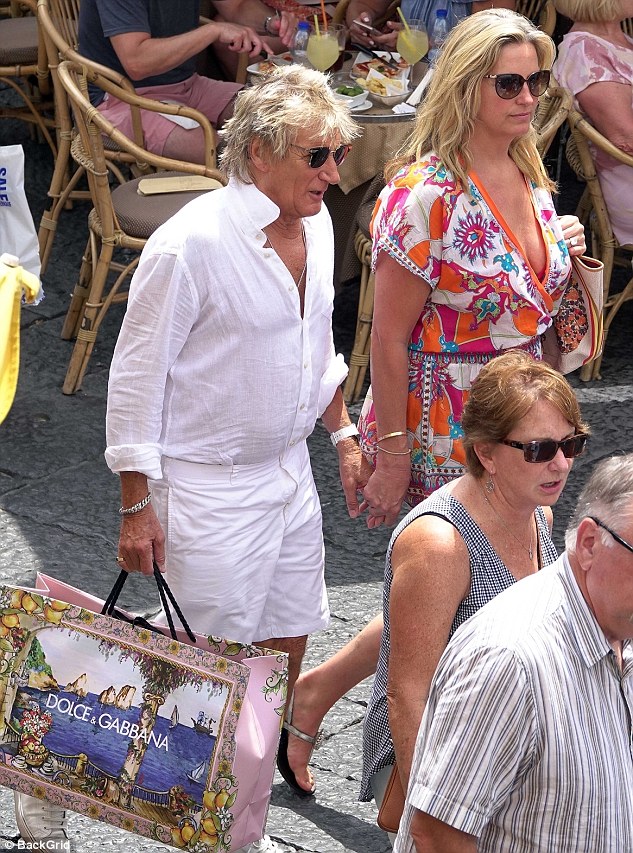 A feather in the cap for society milliner Lady Laura Cathcart.

The wife of writer William Cash and eldest daughter of Earl and Countess Cathcart has been appointed hat maker to the House of Romanov.

Princess Olga Romanoff, the great-niece of Tsar Nicholas II, and her daughter Alex will wear Laura’s creations today at the official graveside service in St Petersburg to mark the centenary of the murder of the Russian royal family.

In 1768, Laura’s direct ancestor Charles, 9th Earl Cathcart — known as ‘Patch’ due to the black silk patch he wore on his cheek after being shot in the face at the Battle of Fontenoy — was appointed ambassador at St Petersburg, and he was well known to Catherine the Great.

Laura says: ‘I’m so happy with the result that I’ve decided to launch a new ‘in memoriam’ range, which will feature hats in black and blue and will be ideal for funerals, memorial services and, of course, the Cenotaph Remembrance Day service.

‘I’d be delighted to make a hat for Theresa May to wear in November.’