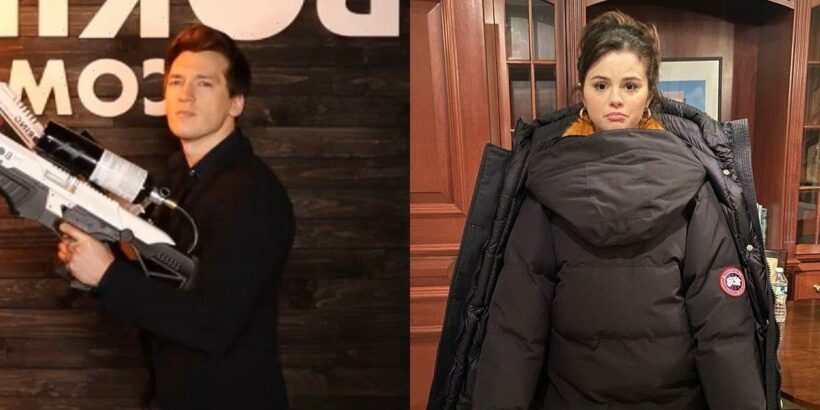 The ‘Only Murders in the Building’ actress and the businessman, who were recently caught attending Dua Lipa’s concert in New York together, are reportedly just ‘friends.’

AceShowbiz –Selena Gomez is seemingly still enjoying her single life. The actress/singer is reportedly not dating tech entrepreneur Zen Matoshi just yet, despite rumors saying that they may be an item.

Debunking the dating speculation, an alleged friend of Selena tells PEOPLE, “Selena and Zen just met through a mutual acquaintance.” The friend stresses, “They’re not dating.”

Echoing the statement, a source tells E! News that the two’s recent outing was purely platonic. “They are friends,” the source claims, adding, “He works in the tech space and has been helping advise Selena.”

The source says that the 29-year-old is not looking for love at the moment as she is focusing on her Hulu series “Only Murders in the Building” and her beauty business. The so-called insider reveals, “Selena is happily single right now.”

Selena and Zen sparked dating rumors after they were spotted attending Dua Lipa‘s concert at the Madison Square Garden on Tuesday, March 1 together. At the time, the two, along with mutual pal Daniella Pierson, were surrounded by security and NYPD officers as they entered the venue.

The Rare Beauty founder dressed in a dark ensemble that included a navy cardigan, black pants and a protective black face mask. She walked slightly ahead of the businessman, who donned a long-sleeved dark blue shirt and gray jeans.

Zen, who is Global Head of Innovation at Faraday Future, posted a video to his Instagram Story capturing Dua’s performance of her smash hit “Cold Heart”. Daniella, who is the founder and CEO of the female-empowering media company The Newsette, also documented their night out on her Instagram page.

She posted a picture of the trio posing together backstage at the show. Daniella stood in between Zen and Selena as the two girls struck a goofy pose and lifted one of their legs, while Zen kept his cool. “We’re ‘Levitating’,” she captioned the snap, tagging both Selena and Zen.