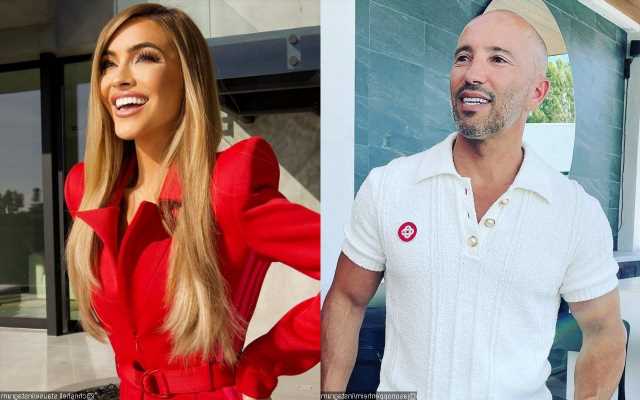 In the comment section of a new video posted by his ex and fellow ‘Selling Sunset’ star, the founder of Oppenheim Group offers a supportive message to the 40-year-old realtor.

AceShowbiz –Jason Oppenheim has nothing but love for his ex Chrishell Stause. On Tuesday, May 10, the founder of Oppenheim Group openly took side with his fellow “Selling Sunset” star in response to her explanation video about her sexuality.

The Instagram video, which Chrishell shared on her account, talked about her past relationship with Jason and her new relationship with Australian singer G-Flip. In the comment section of the clip, Jason expressed his support by writing, “Such a beautiful video.” The 45-year-old realtor also left heart and hundred points emojis.

In the explanation video itself, Chrishell clarified that she and Jason “genuinely want the best for each other.” She also stated that although he was not dating anyone, he was “living his best life, as he should.”

“As much as I wish what I wanted in my last relationship align the same thing, it didn’t,” she explained. “That’s okay. It doesn’t diminish how much love we have for each other, Jason and I, and how much we want each other to be happy.”

Chrishell further added that she will always have respect for Jason. “I know he’s living his best life and I want that for him. I will never not have the absolute upmost respect [for Jason],” she remarked.

Elsewhere in the video, Chrishell also addressed her “deep connection” with her current Australian partner. “I know in this current situation, it’s one of those things that… I wish we are in the same stage in our life and we want the same thing,” she divulged, “But that doesn’t diminish the deep connection that we have made.”

The 40-year-old TV personality later gushed that her new relationship made her feel happy. “You don’t get to choose when you come into someone’s life,” she said, “Right now, I’m enjoying life. I’m really happy.”

Jason made his relationship with Chrishell public back in July 2021. The two parted ways five months later because of their differences about having children. During the season 5 reunion episode of “Selling Sunset”, Jason cried when looking back at their separation, calling it “a very difficult breakup.”

“There’s a lot of sadness and loss,” he told host Tan France. “It’s been a few months, but I’m still just going through stuff. There was a lot of love between us and there still is. I still care about her very much.”