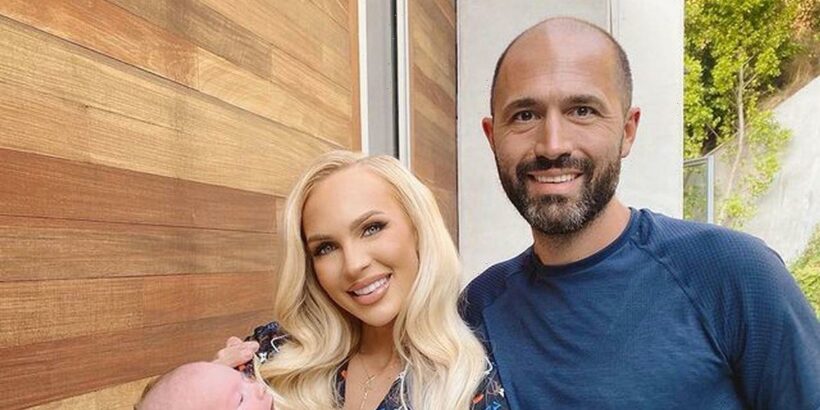 Netflix's Selling Sunset returned to our screens this week for series four and, as expected, we were treated to more of the dramatic highs and lows of being a glamorous real estate agent in LA.

Christine Quinn, 33, is one of the show’s standout agents with her eccentric fashion sense which makes her one of the most famous from the show.

The new series sees Christine fall out with the other agents at the Oppenheim Group and also follows her experience as a first time mum after she welcomed her son Christian into the world in May this year.

The star has now addressed the filming of the show, revealing that her husband Christian Richard, 41, who is a retired tech entrepreneur, refuses to watch it.

Stay up to date with all the latest on your favourite stars by signing up to OK!'s daily celebrity newsletter.

Speaking to The Sunday Times, Christine revealed her tech entrepreneur husband Christian Richard won’t be tuning in as he claims the show is “edited and manipulated and spun and turned around”.

Christine married Christian in an extravagant wedding in series 3 of Selling Sunset, where it was revealed that her husband was able to retire at the age of just 38 after selling his tech company.

According to LinkedIn, Christian was the founder and CEO of a company called Foodler, a restaurant food delivery service which was acquired by GrubHub in 2017.

Speaking about whether she felt pressured to come back to the show, Christine added: “No, not really. I think it was a decision that I made to go back

“If I don’t tell my story, someone else is going to tell it for me.”

Despite all the explosive drama in the latest series of Selling Sunset, Christine recently confirmed she’ll be back for season five, after fans questioned whether she’d be appearing after she seemed to be missing in the latest teaser trailer.

Posting to Twitter, Christine wrote: “Got cut off and I’m SOOOOO tired of addressing this.

“I am in every single episode of seasons 4 and 5 of selling sunset. The girls intentionally leave me out of photos. I have real work to do besides sit on my phone and prove 24/7 that I’m filming a TV show. Y'all going to see me.”

An official release date for the next season hasn't been announced yet, but as at least part of it has already been filmed, fans are hoping for a release in early 2022.