The 47-year-old actress told reporters during a panel at the Time 100 Health Summit that she’s undergoing “aggressive” chemotherapy and stem cell transplant to help alleviate some of the pain and ailments from her diagnosis.

Blair revealed her MS diagnosis a year ago and said the treatments up until now haven’t been working.

“The disease modifiers didn’t work for me at the time, and I was really declining more rapidly than I found acceptable,” the “Cruel Intentions” star said during a panel discussion at the summit.

When the opportunity to try stem cell transplants and chemotherapy came up, Blair said she was hesitant because she didn’t want to ruin what was left of her body. 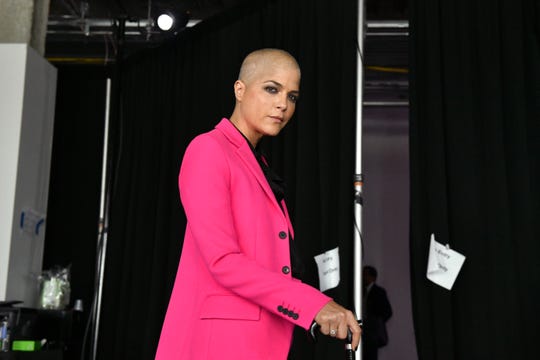 “Why would I put this horrible drug in it — chemotherapy, I don’t have cancer,” she said. “But I was kind of out of options and I was looking.”

When she tried a small dose of chemotherapy and felt some relief, it encouraged her to go through with the treatment.

“I was warned,” said Blair, who is also a mother to 8-year-old son, Arthur Saint Bleick. “You kind of make your plans for death. I told my son I’m doing this you know and he would like me cremated. … You have more chemo than for cancer patients, because the aim is to almost kill you and it’s the stem cells that allow you to live with the amount of chemo. The chemo is the MS cure, if it in fact it does happen.”

The actress hasn’t been shy about sharing parts of her journey in battling MS and even sharing bold photos sporting her shaved head.

“My hair is still not growing in … I never minded hair loss or any of those things that would be ego-involved,” Blair said. “My dream was to lie next to my son at night and be there as long as he needs me and hopefully do something for people. I’ve heard so much from people with chronic diseases or MS, and they’re scared and they don’t know when it’s going to get worse.”

Selma Blair rocks no hair, no pants photo. With her usual sass, actress defends the pic