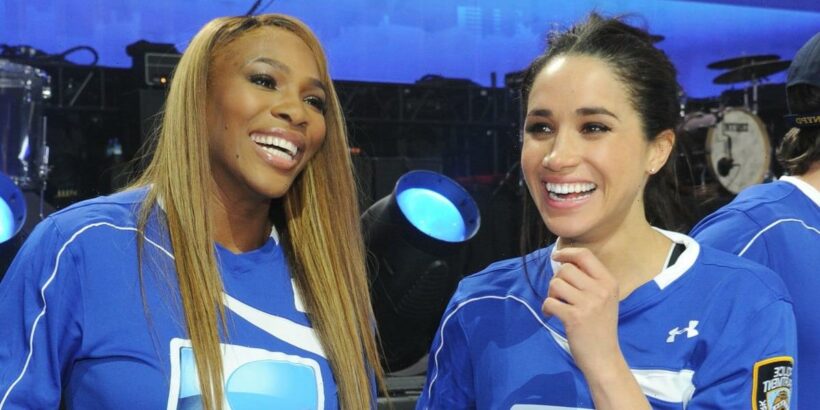 Serena Williams was the first guest to appear on Meghan Markle’s “Archetypes” podcast, and she came to play. Following the episode’s premiere on Aug. 23, Williams posted a sweet group shot on Instagram, writing, “I loved talking about so many important topics with my dear friend Meghan as her first guest on #archetypes for @spotify!” The tennis star, seen posing next to Markle with daughter Olympia on her hip, also teased some of the episode’s contents, saying, “It’s out now and worth the listen, especially if you’re ambitious ❤️.”

In the podcast, Markle sparks conversation by honing in on the concept of ambition, explaining how she discovered that not everyone views ambition as an admirable quality, particularly for women. “Apparently ambition is a terrible, terrible thing — for a woman, that is — according to some. Since I’ve felt the negativity behind it, it’s really hard to unfeel it,” she tells Williams, admitting that she came to this realization after she began dating her now-husband, Prince Harry.

“Often women are definitely put in these different boxes when we are ambitious or when we do have goals,” Williams says in agreement. “Or when we reach our goals, it’s a negative connotation on how we reach the goals,” she continues. Still, Williams and Markle are both unapologetically ambitious women raising ambitious children, relating much of their discussion back to motherhood. “I took a lot on, but moms do a lot,” Williams says to Markle. “I would drop anything at any time to do whatever I had to do for Olympia — middle of a Grand Slam final, I would leave if I had to.”