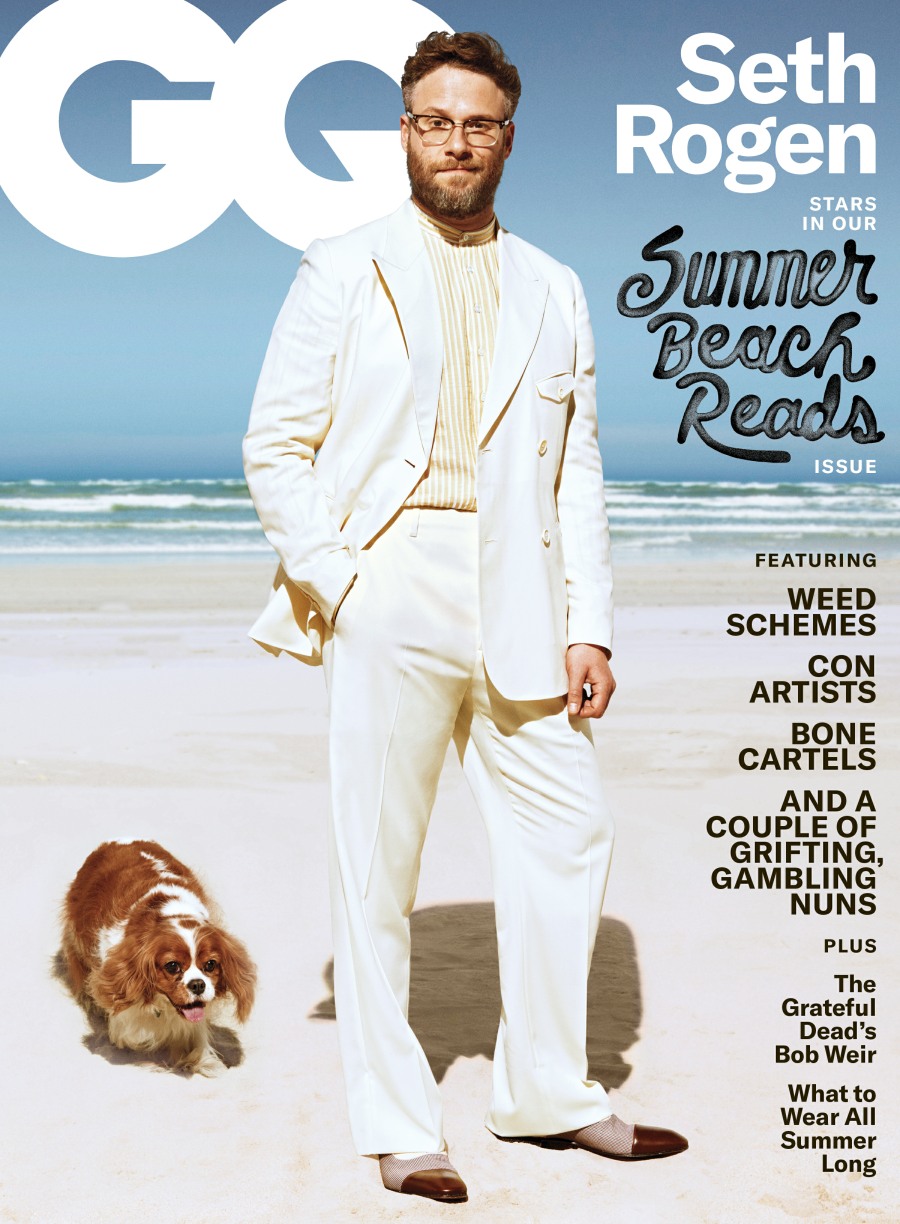 Seth Rogen covers the latest issue of GQ, the Summer Reads Issue. I genuinely like Seth as a person and actor, and I recognize that he’s not the man-child stoner he usually plays in movies. That being said, this GQ profile annoyed me a few times. It’s not that Seth comes across as bad or anything, it’s just a general vibe of “Seth Rogen is an amazing, successful person because he works hard!” Yeah, he works hard… because he’s been given a million opportunities, even when he has some big flop like The Green Hornet. Come back to me when a woman of color gets consistent $35 million financing for every one of her movies after she’s cost the studio $200 million with a box office disaster, you know? That’s not ON Seth, it’s just the way Hollywood operates. But I find the premise of “Seth Rogen just keeps on keeping on” to be annoying without the context of “no woman would be allowed to do this.” You can read the full piece here. Some highlights:

He’s not really the lazy Millennial he plays on-screen: “I really always worked hard, because I recognized from a pretty young age it was one of the only things I could control,” Rogen says. He attributes his success to ‘slow and steady wins the race.’ He compares it to karate lessons as a child. Over the course of a few years, he went from being the worst in the class to the best in the class, solely by not quitting. “Just by not stopping I became the best one. It wasn’t this like, ferocious leap. I just kept going, and slowly [other] people stopped. Because a lot of people will stop.”

He worked hard to come back from The Green Hornet. “I get uncomfortable when I’m involved in something but I don’t control it from the beginning to the end,” he says. The flop was a learning experience. Afterwards, Rogen made the decision to stick to movies with budgets of $20-35 million so that higher ups would focus on more expensive projects instead. “You just keep working. With the hope that in general I will produce more good work than bad work, and that will hopefully carry me onwards.”

He’s aware of the shelf-life of his fratty movies: “Evan [Goldberg, his creative partner] recently was like, ‘By the time my kids are grown, all our work will be deemed unwatchable.”

The culture shifting rapidly: He recalls fans’ disappointment with some of his lines, like the ‘How I know you’re gay’ refrain from The 40 Year Old Virgin. “I’ve had people come up to me and be like, ‘That made me feel like sh-t when I was in the movie theater and everyone was laughing about that.’ I don’t want anyone to have that experience watching our movies.”

He finds inspiration in Kanye West: “It is a fine line…I remember the truth is at first, people were like, ‘Why you making shoes, man? Just make music.’ And his shoes are great. People love them…So there is something to be said for staying in your lane, but sometimes people do really great outside of their lane. So it’s something that I look at with myself: How much do you expand? How much do you try new things? How much do you spread your wings, or how much do you stay in your lane? It’s a constant modulation.”

What it’s like to promote a movie he doesn’t believe in: “I remember You, Me and Dupree was the first time I had to do that, and that movie’s fine, I just didn’t love it. It honestly was not a movie I would have gone out to go see.… It’s okay, the Russo brothers did fine. I actually remember standing in my f–king closet in my apartment on Hayworth, doing a radio interview, being like, ‘Yeah, go see it, it’s great,’ and being like, Ugh. Never again do I want to have to tell people to go see a movie that I myself actually wouldn’t see. It’s hard enough to promote a movie. When you’re also morally corrupting yourself, it’s a real bummer.”

Again, it’s about who in Hollywood is allowed to have artistic integrity and who is given the space to fail and come back from failure. Seth Rogen likes to have control of his projects and he’s learned how to “stay in his lane” with mid-level comedies. That helps him and it’s one of the reasons why he’s so successful, in addition to his work ethic, etc. But there are tons of people with a similar work ethic who aren’t given the same opportunities, I’m just sayin’. 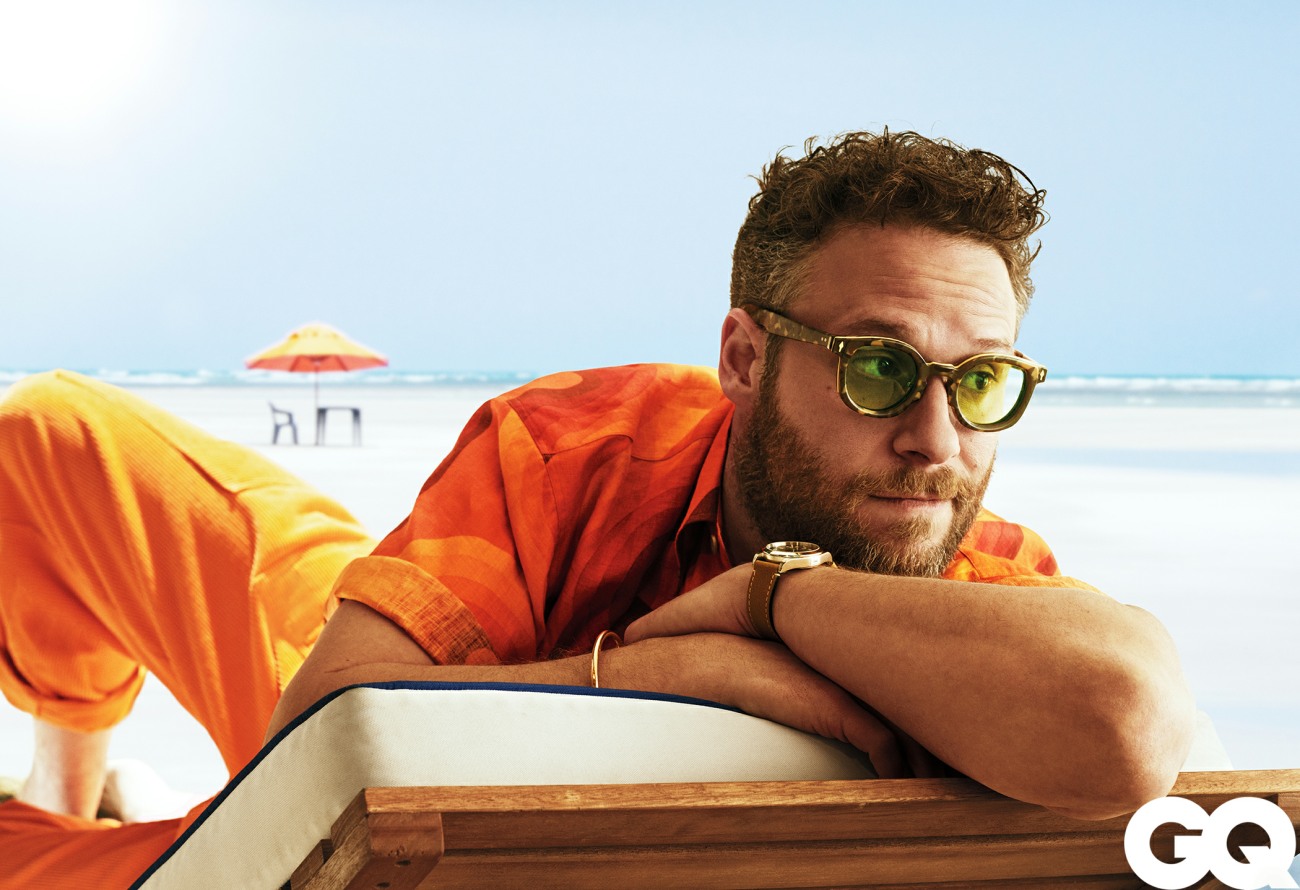