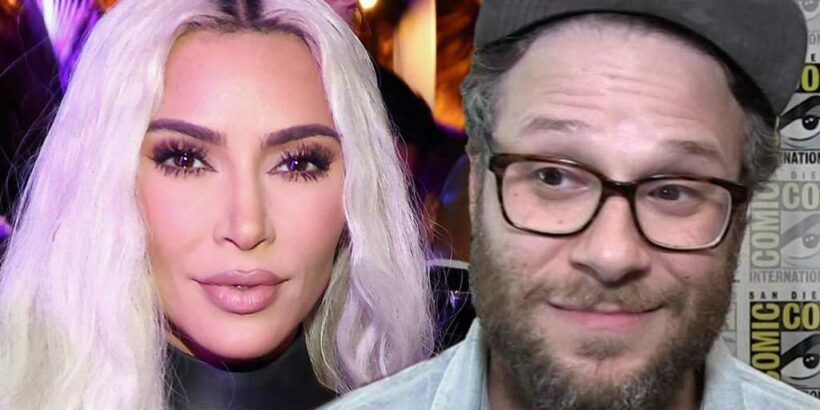 Seth Rogen had no problem letting the jokes fly as he took part in a ceremony to honor women in showbiz … taking a playful jab at Kim Kardashian for missing the occasion.

Seth took the stage, Wednesday, during The Hollywood Reporter’s Women in Entertainment Breakfast, and true to form, cracked a few jokes about folks in the audience.

KK was scheduled to be there, but apparently wasn’t able to make it at the last minute, providing plenty of material for Rogen.

He joked, “’Are we going to talk about how Kim Kardashian didn’t show up?” He continued, “I have seen every episode of ‘Keeping Up With the Kardashians’ I know she doesn’t have anything more important to do than this.”

He made it clear it was all fun and games … telling folks she was probably going through a lot and had good reason to skip.

Chelsea Handler also joked about the ‘SKIMS’ founder missing the event … saying the extra security at the event wasn’t for Kim cause she didn’t show up.

But, don’t worry, the mom of 4 wasn’t totally MIA today, sharing some pics on IG of her honey-blonde hair.