In a sweet tribute from her real-life ‘Prince Charming,’ Shawn Mendes kissed Camila Cabello while raving over her ‘authentic’ work on her upcoming ‘Cinderella’ movie.

A day before Cinderella arrived on Amazon Prime, Shawn Mendes praised his girlfriend, Camila Cabello, for her role in the musical – and he sealed his message with a kiss! “Congratulations, my love, I’m so proud of you,” Shawn, 23, captioned the photo of him kissing Camila, 24, that he posted to Instagram on Sept. 2. In the photo, Camila wears a flowing, yellow tulle shirt while on a balcony. Shawn, in an open, button-up shirt, is next to her, placing a kiss on her face. “I’ve never seen anybody work as hard as you did to show up everyday and be truly professional, kind and authentic,” he wrote. “I admire you so much. Such a beautiful movie with a beautiful message. [heart emoji] te amo mi vida.”

Shawn’s message comes a day after he and Camila reunited in Florida. The two have been busy on their own projects – she’s been promoting Cinderella, he’s been busy with his new song, “Summer of Love” – so this was a joyous moment when they were able to be in the same place at the same time. Shawn arrived in an SUV, prompting Camila – who rocked a black bikini under sheer pants – to run over and give her love a huge hug.

Prior to this reunion in Florida, Camila had to correct some misconceptions. After appearing on a TikTok video with a diamond ring on her finger, some began to speculate that Shawn had popped the question. During an Aug. 26 appearance on The Tonight Show, Jimmy Fallon cut to the chase, asking her, “Did Shawn Mendes ask you to marry him?” Camila, much to the chagrin of those who want to see her walk down the aisle with the “Stitches” singer, said he had not. “I just, I swear to God I don’t know what hand an engagement ring goes on, so sometimes I’ll just put [a ring] on my ring finger.” 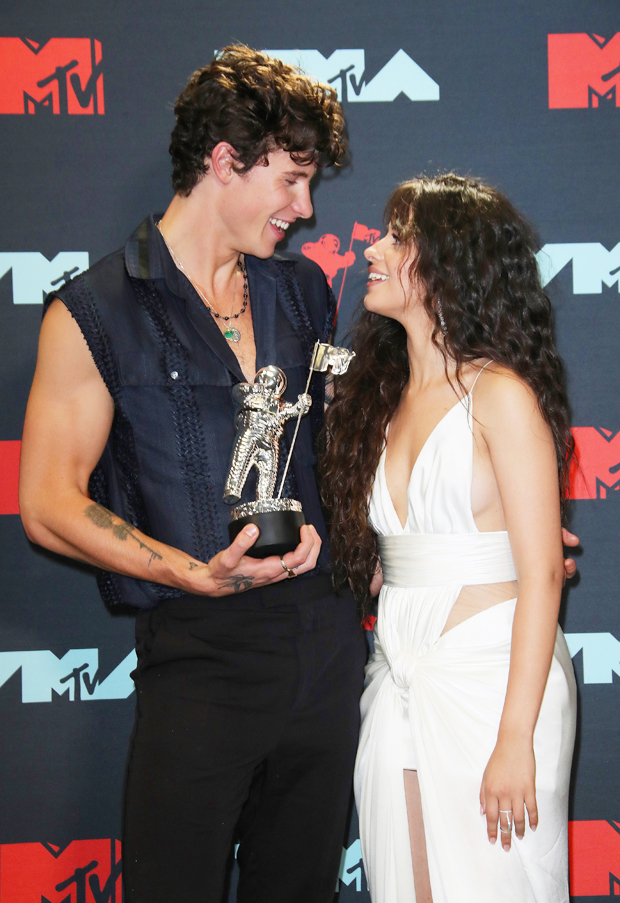 Cinderella marks Camila’s first acting role. She stars alongside Billy Porter (the “Fabulous Godmother”), Idina Menzel (“Stepmother Vivian”), Pierce Brosnan (“King Rowan”), and Nicholas Galitzine (“Prince Robert”), as well as James Corden, who orchestrated a Cindrella-themed “Crosswalk Stunt” that didn’t go over so well. James, Camila, Billy, and Idina led a flash mob that stopped traffic in Los Angeles while covering Jennifer Lopez’s “Let’s Get Loud.” While it will likely be funny to watch on the Late Late Show, one commenter summed up what had to be the commuter’s frustrations: “Imagine being late to work because James Corden had to do hip thrusts at you in a rat costume.”