Simon Cowell is reportedly taking inspiration from Coleen Rooney to discover the culprit who leaked his birthday party invitation. 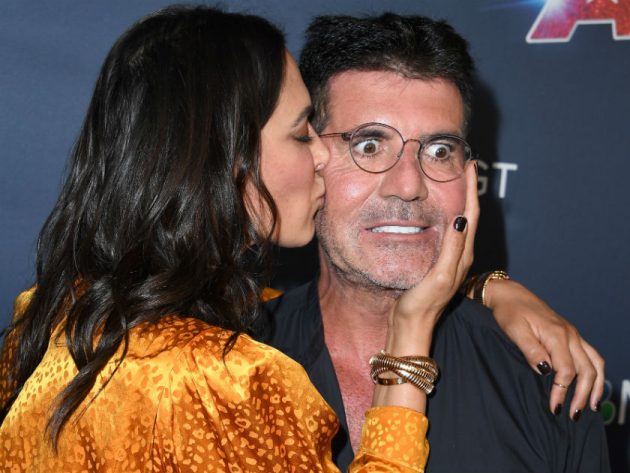 The X Factor boss cancelled his recent 60th celebrations at the last minute and is now said to be ‘doing a Coleen’ and examining his 80-person guestlist.

Among those invited were Robbie Williams and Ayda Field, Piers Morgan, Cheryl and Lizzie Cundy, plus ex-girlfriends including Sinitta, Terri Hatchet and Jackie St Claire.

‘No stone is being left unturned; Simon and his team are on a mission,’ a source told The Sun.

‘Inspired by Coleen and her intrepid Wagatha Christie efforts, Simon is wading through his party list, trying to figure out possible motives: greed, publicity, desperation or revenge.

‘The invites were all sent out from a secure email address, so this is being looked at, too.

‘Simon can be quite the sleuth when he puts his mind to it – the culprit should be quaking in their Louboutins.’

The music mogul, who turned 60 on October 7, had been expected to throw a lavish party for family and friends at trendy Chelsea restaurant La Famiglia last Wednesday, but sent out a memo advising attendees that the party would have to be postponed.

A spokesperson for Simon said at the time: “The decision was made to postpone the dinner yesterday morning.

MORE: Simon Cowell reveals exciting new project he’s working on with son Eric: ‘We had such a fun time’

‘Simon’s priority is his incredibly busy work schedule over the next month and this, of course, includes the current series of The X Factor as well as other TV and music projects.’

Simon and his girlfriend Lauren Silverman also sent out a memo, which read: ‘Dear all I am so sorry but this dinner is cancelled/postponed. Scheduling conflicts unfortunately are prohibiting us from having this dinner at this time. We will keep you posted as to when it will be rescheduled for. Thank you for understanding Lauren and Simon.’