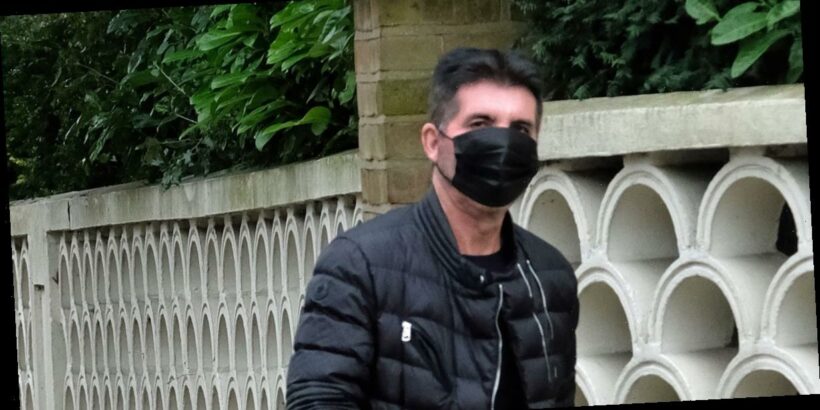 Simon Cowell has been spotted enjoying some fresh air while on a walk in London on Thursday afternoon.

The dad-of-one, who recently bought Amanda Holden a hilarious present for her birthday, stepped out for his daily stroll and kept protected with a black face mask.

The 61 year old displayed his weight loss as he wore a black top and his signature denim jeans.

He kept the winter chill out with a padded black coat and wore a pair of black trainers for his walk.

The Britain's Got Talent judge recently opened up about his terrifying electric bike accident in August 2020 which left him with a broken back in three places and having to undergo emergency surgery.

Speaking on US TV show Extra, with ex-girlfriend and close pal Terri Seymour, the music mogul expressed: "First of all, it could have been a lot worse.

"When I saw the X-ray I really nearly smashed my spine to pieces so I literally wouldn't have been able to walk.

"On the day it happened – you're not supposed to move when it happens – and it was really, really sudden and it hurt and I knew I'd broken my back the minute it happened."

Simon went on to reveal that he forced himself to get up off the floor, despite being in a tremendous amount of pain.

He continued: "I was thinking: 'I've gotta get back into the house because I can't lie there' because I saw their faces.

"You're not supposed to get up and I made myself get carried into my bedroom, which is right at the end of the house and I'm laying there and I'm kind of passing out and it was just surreal."

Engaging with host Terri, 47, Simon, who was recently slammed by Paddy McGuinness, said: "And, in fact you and Lauren were outside the hospital all night long, I remember."

When asked about how supportive his parter Lauren, 43, was, he responded: "She was amazing. Both her and Eric, they were like my support. I couldn't have gone through it without them so we've got closer.

Simon added: "I was so embarrassed about coming home and looking about 100 because I couldn't walk."