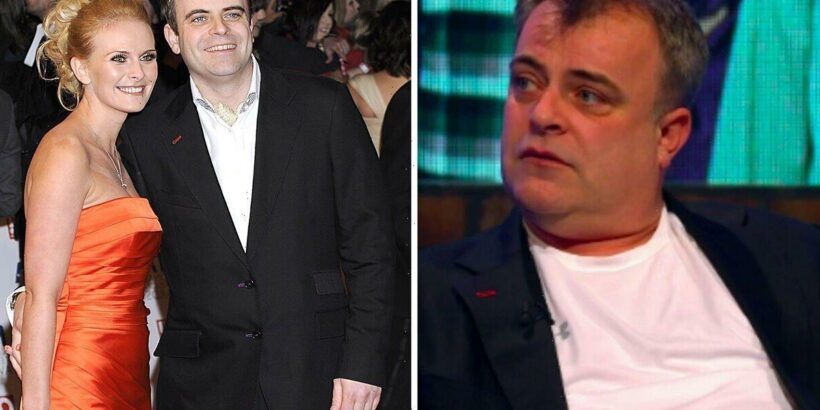 Simon Gregson, 47, has spoken on the difficulty of filming emotional scenes for Coronation Street after losing “11 babies” with his wife Emma Gleave. While soap bosses were aware his co-star Kym Marsh had lost a child in real life, the actor said no one asked him about his own experience.

Coronation Street got Kym’s consent to go ahead with the 2017 storyline in which her character Michelle Connor’s baby Ruairi was stillborn after going into labour prematurely.

At the time Kym, 45, said recreating the ordeal was the best way to “honour” the baby she had lost in her own life.

But Simon, who played the dad, said Corrie bosses were unaware of the “horrific” experience he had been through with his wife Emma.

He found it really “annoying” all the onus was “on the woman” and felt compelled to reveal his real-life plight.

Simon told the BBC’s The Likely Dads podcast: “We lost 11 along the way. It was horrific.

“I think the worst thing was when they made it into a storyline. They didn’t know what had happened with me.

“It was with Kym and Kym had lost a child. So of course, you know, they asked her whether she would do the storyline and of course, she didn’t want to see – it’s a prosthetic baby and it’s amazing and it was dressed exactly the same as he was, you know, which I think is what she requested because she wanted the emotions to be real.

“But it was like this is a one-take time. It was awful, yes, but they didn’t know so all the interviews were, ‘How does she feel, how does she feel?'”

He went on: “And I had to interject and say, ‘Do you know what, it’s not easy for the guy either’. That’s when I thought, ‘I’m going to have to say something’ because it was really annoying me that all the onus was on the woman.

Simon went on: “People wanted to know about it afterwards and we said, ‘Yes we brought it to light because we think blokes should have a voice about these things, you know?’

“Obviously the woman carries the baby and all this and there’s a lot more of a connection there. But you know it’s not easy for the guys either.’’

Simon said his real-life story had a happy ending because baby Georgia, who died at 21 weeks, “stayed alive long enough” to naturally heal Emma’s body so she could have children.

The couple now have three – Alfie, 14, Harry, 12, and six-year-old Henry. He said they viewed Georgia as being “like an angel” because she “paved the way for Alfie”.

“It was a marvellous ending,’’ he added.

Emma and Simon wed in November 2010 surrounded by family and showbiz friends.

The couple married at St Bartholomew’s church in Wilmslow.