Australian singer Shannon Noll has been charged after police allegedly found him with a bag of "white powder", believed to be cocaine, at Caringbah Hotel on Thursday night.

Officers from the Sutherland Shire, where Noll lives with his family, were sweeping the premises for drugs using the Dog Unit at about 8.15pm when they searched the singer. 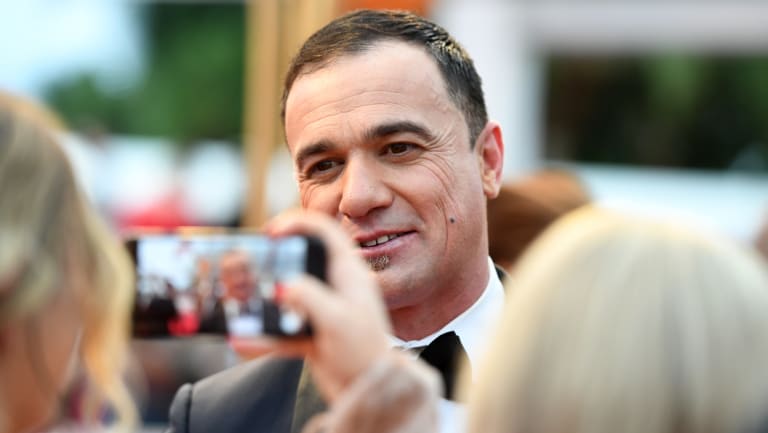 Shannon Noll, pictured here at the 2018 Logie Awards, has been arrested for drug possession.

Police allege they found Noll carrying a bag of "white powder", which they believe to be cocaine.

“Officers from the Sutherland Shire Police Area Command, along with Public Transport & Public Safety Command and the Dog Unit, were conducting a drug operation at a licensed premises on Port Hacking Road at Caringbah,” a NSW Police spokesman said.

“A 42-year-old man was arrested by police after allegedly being detected with white powder, believed to be cocaine."

Noll was charged with one count of possess a prohibited drug, and will face Sutherland Local Court on Thursday October 11.

The alleged incident is the latest in a string of controversies that have plagued the Australian Idol runner-up.

In July this year, Noll was forced to apologise to fans after he launched a foul-mouthed tirade at a concertgoer in Nyngan in rural NSW, calling him a "f— head" and offering $100 for someone to "punch that f— for me".

In January, he was arrested at a strip club in Adelaide following a scuffle with bouncers, but later had an assault charge from the incident dropped.

Despite the battering of his public image, Noll maintains a loyal fan following, having sold more than 1.3 million singles and earned 17 platinum awards for his recordings.

He played his last gig at Shellharbour last week and is due to resume shows on October 5 at the Miranda Hotel.