Meri Brown wrote that she’s been having a tough month in a cryptic Instagram post, but she also swore to be ‘brave.’

Sister Wives star Meri Brown, 50, took to Instagram to share a mysterious post on Thursday July 8. While she didn’t divulge many details, it’s apparent that she’s been having a difficult month, and she did write that she feels like she’s “being fully manipulated.” Still, she stood tall and posed with her hands on her hips in a pair of denim short-shorts and a red and navy blue raglan shirt with the word “Brave” printed across the front.

The reality star wrote that lately she’s simply felt like nothing is going her way. “Ever had those days, those weeks, those months, when things just keep HAPPENING? Doesn’t matter how much you work, how much you push, how much you try, something else comes up. Sometimes it’s just life. Sometimes you have to just learn something. Sometimes you’re being fully manipulated and you know it,” Meri posted in the caption.

Regardless of the hard times, Meri vowed to rise up and overcome whatever it is she’s been going through by finding people she can relate to. “Don’t worry. Power stance is ON! I’m BRAVE, I’m STRONG, I’m COURAGEOUS, and I WILL do this! I will find MY tribe, the people who will STAND with me and not push against me. THOSE are the people that matter,” she wrote. 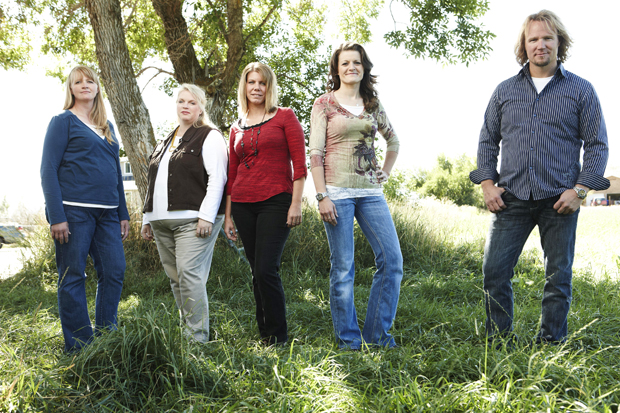 Despite being cryptic in her Thursday post, Meri has gone through some serious hardships earlier this year. Her mother Bonnie Ahlstrom died on March 26 at 76-years-old. She shared the news of her mother’s passing in an Instagram post, and has shared many memorials for her mom in the months since she died, writing an emotional tribute again on Mother’s Day. Her mother’s death also caused her to shut down her B&B Lizzie’s Heritage Inn for two months, but she posted on June 1 that she reopened and was ready for business.

Meri isn’t the only Sister Wives star who has made major changes recently. Janelle Brown, another of Kody Brown’s wives, announced that she “seized an adventure” and will be living in an RV at Coyote Pass in Flagstaff, Arizona for the summer. During the COVID-19 pandemic, the sisters have also opened up about some of the hard parts that lockdown brought. In a March 2021 episode, Christine Brown admitted that her daughter Truely was feeling “super lonely” during the pandemic.