The sails of the Sydney Opera House were nearly blown clean off by the howling of laughter that came from the Sydney Comedy Festival 2018 opening night on Monday. 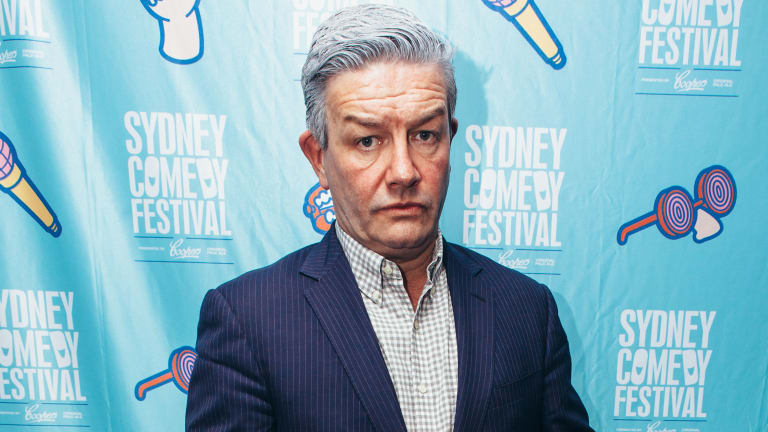 Seventeen comedians took to the stage for the sold-out gig, with Irish comedian Des Bishop acting as the emcee.

Some had to do a double-take when Lawrence Mooney came out suited and booted as Prime Minister Malcolm Turnbull, showing off a never before seen side to Australia's head honcho.

"Malcolm Bligh Turnbull is often ridiculed for being out of touch, aloof and ultimately humourless. Now it’s time to discover the real Malcolm Turnbull, witty, charming, erudite and sexually explosive," the bill for Mooney read. 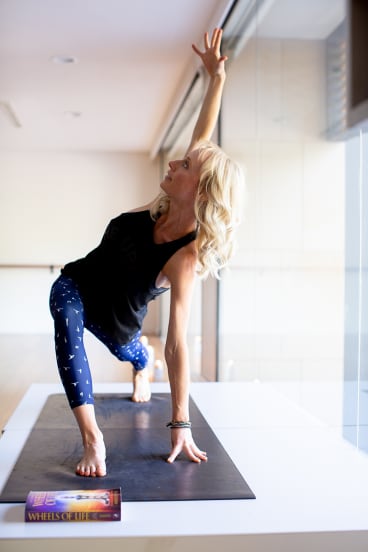 Over the next month, the line-up is bursting at the seams with overseas talent, including Ireland's David O'Doherty and Jason Byrne; Daniel Sloss from Scotland; UK stars such as Ross Noble, Stephen K Amos, Jonathan Pie, Paul Chowdhry and Jamali Maddix; as well as US performers Kyle Kinane and Ari Shaffir.

Over 120,000 people are expected to attend the 210 shows during the festival that runs until May 20.

In celebration of Earth Month, Aveda hosted an intimate yoga session and dry hair styling morning to encourage the conservation of water.

Beauty bloggers and media descended upon Flow Athletic in Paddington (so, just their usual clientele then) for the stretch session led by yogi extraordinaire Kate Kendall.

By cutting three minutes from your shower, you can save about  23 litres of water, so the eco-friendly haircare brand wants people to try styling with dry shampoo – think plaits, waves and slicked-back 'dos. 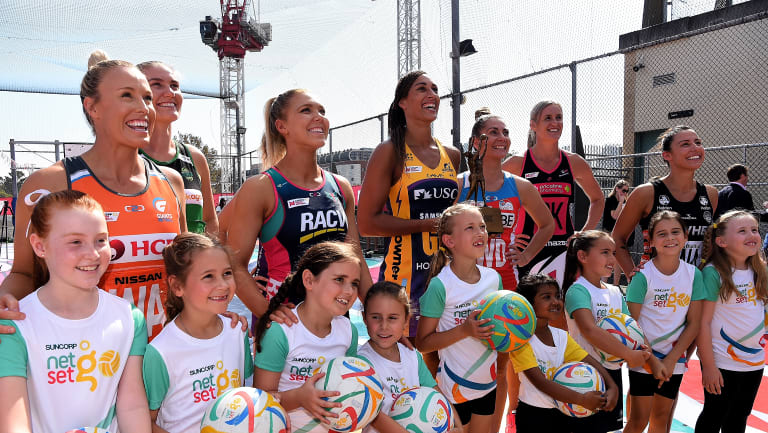 Super Netball team captains (back row) with members of Net Set Go (front) at the launch of the Suncorp Super Netball season in Ultimo.

Not a party per se, but there were certainly a few who were green with envy that they get a bait to the launch of Super Netball season two this week in Sydney.

Not one but eight captains gathered on a sunny rooftop netball court in Ultimo for the media event, where they posed with their mini-mes, Net Set Go.

Geva Mentor, who recently won gold at the Gold Coast Commonwealth Games as England goalkeeper and is also the captain of Sunshine Coast Lightning, was in attendance, as were Leana De Bruin of the Adelaide Thunderbirds, Kim Green of the Giants Netball, Madi Robinson of the Magpies Netball, Kate Moloney of the Melbourne Vixens, Abbey McCulloch of the NSW Swifts, Gabi Simpson of the Queensland Firebirds and Courtney Bruce of the West Coast Fever.

The matches can be viewed on Nine from April 28.

As seen on Sundays in The Sun-Herald's S magazine.

Do you have a Sydney social event coming up? Email [email protected]