Getting in a week-and-a-half ahead of the madness that is Mercedes Benz Fashion Week Australia, Aje showed off its latest collection on Wednesday at Wendy Whiteley's Secret Garden in Lavender Bay, North Sydney.

Knowing the types that frequent such events, it's a risk to hold anything outside the confines of the eastern suburbs, never mind across the bridge, but it was a risk that paid off for designers Edwina Forest and Adrian Norris, with the late afternoon show packed to the rafters with media, influencers, buyers and followers eager to get a glimpse of the cult label's latest offerings. 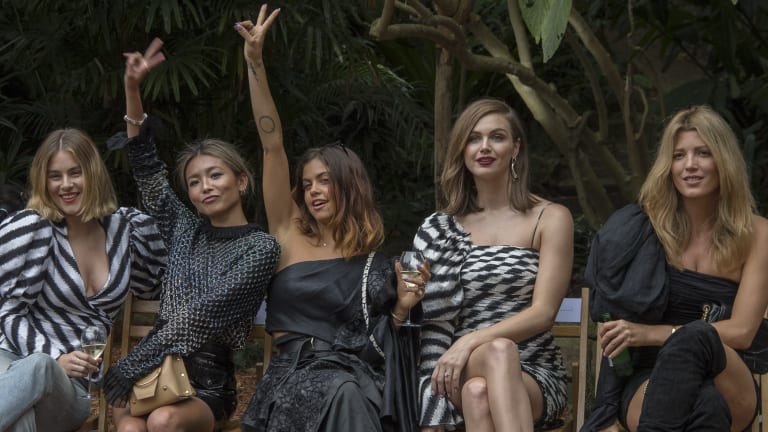 To celebrate 10 years in the fashion game, the pair collaborated with the trustees of the late Brett Whiteley, using five of his prints in their designs, including Woman in Bath (1963) and The Blossom Tree (1970).

"It's such a special thing to buy into this," Norris told Fairfax Media.

"You're buying fashion but you're also buying into a piece of Australian art history." 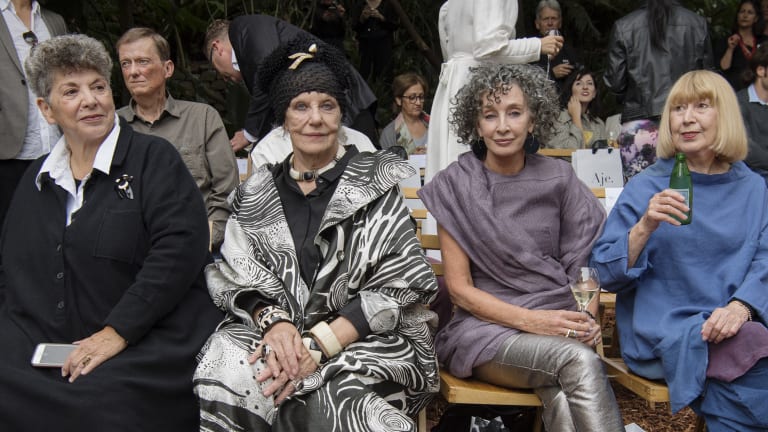 Wendy Whitely, second from left, at the Aje show with friends.

The pieces were a sight to behold, unlike some of the stumbling models who were having gravity issues strutting their stuff in full-length ensembles and heels on the uneven clay and woodchip runway (not too unlike the setting of I'm A Celebrity … Get Me Out of Here – minus the witchetty grubs).

It's nothing short of a miracle that no one hit the deck, but there were certainly a few near misses and twisted ankles. 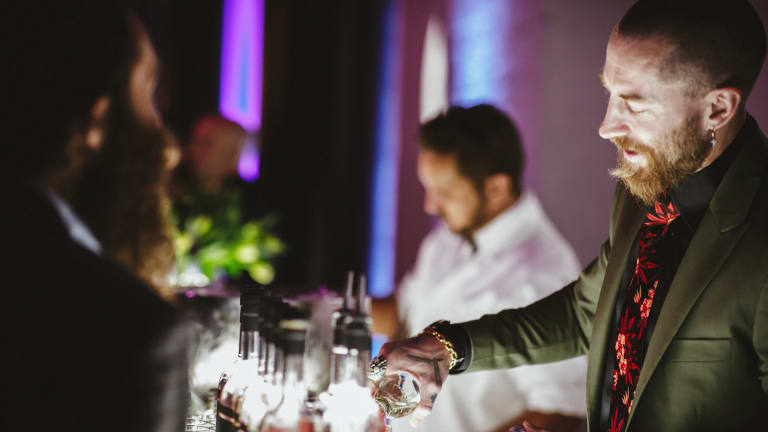 Designer-turned-bartender Justin O’Shea pouring a gin for Jimmy Niggles at the launch of the MAAS fashion exhibition Reigning Men.

That certainly was the case on Tuesday evening for the launch of the fashion exhibition Reigning Men: Fashion in Menswear 1715 – 2015 at the The Museum of Applied Arts and Sciences.

The likes of Kelvin Ho, Roberto Malizia and Jimmy Niggles were all suited and booted to preview the world's largest exhibition (more than 130 outfits) of men's fashion spanning more than 300 years, while some guests did a double-take on spotting designer Justin O’Shea who turned bartender for the night pouring copious amounts of his new gin, Goldy.

James Marsden, the good-looking guy from 27 dresses, Enchanted and The Notebook, was in town on Tuesday to launch season two of Westworld for Foxtel at the Museum of Contemporary Art. 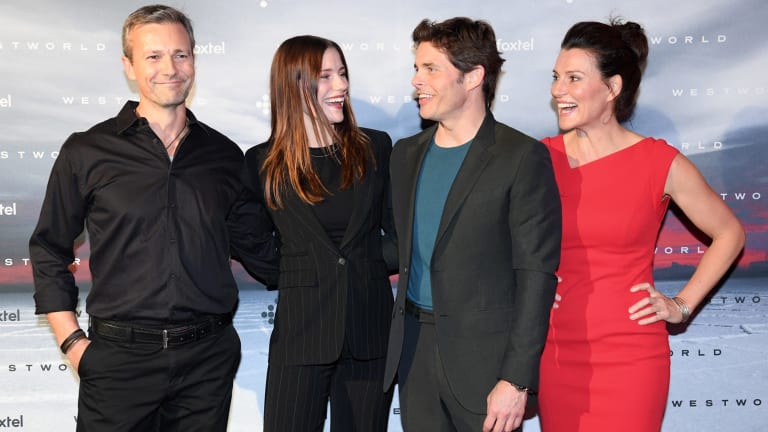 He posed alongside Lily Sullivan of Picnic At Hanging Rock and A Place to Call Home's Craig Hall and Sara Wiseman, before posing for selfies with some adoring fans.

As seen on Sundays in The Sun-Herald's S magazine.

Do you have a Sydney social event coming up? Email [email protected]