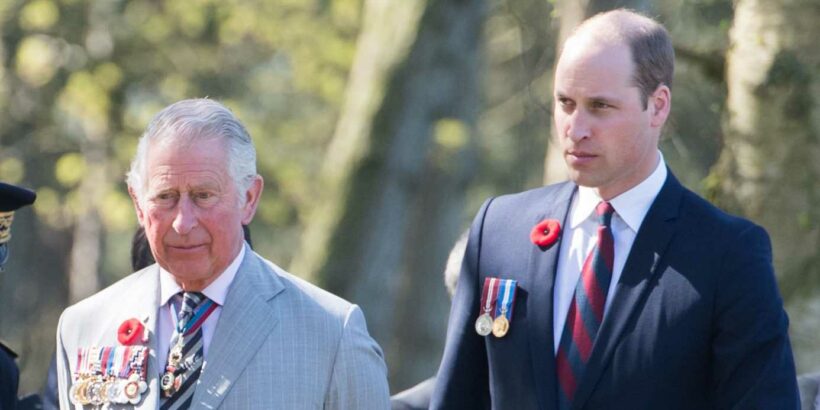 Prince Charles is next in line for the British throne but apparently some royal insider types aren’t convinced he really wants to take on all the stress that comes with being the monarch, apparently.

According to The Sun, Princess Diana’s former voice coach, Stewart Pearce, thinks Charles might abdicate and pass the crown directly to his oldest son, Prince William, when the time comes.

“He [Charles] may not take the throne, he may hand it to his young son,” Pearce said. “He doesn’t want to do it, such a difficult task.”

Pearce also said Will has been “part of the conversation” about the succession plan since he was 11 or 12 years old.

If Charles did want to avoid the “difficult task” of being monarch and abdicate directly to William, however, he would have to get parliament involved, according to experts at University College London’s Constitution Unit.

“That would be a matter for Prince Charles, and for parliament,” the group explained in a post on the UCL website. “Under common law, Prince Charles will automatically become King the moment the Queen dies. Prince William could only become King if Prince Charles chose to abdicate. That would require legislation, as happened with the Declaration of Abdication Act 1936. The line of succession is regulated by parliament (as in the Act of Succession 1700, and the Succession to the Crown Act 2013); it can be changed only by parliament and cannot be unilaterally altered by the monarch of the day.”

Aside from the legal and logistical issues involved in abdicating, however, the UCL experts pointed out that Charles has waited a lonnnng time to become king and that there’s a very good chance he’ll want to take the throne for at least a few years. After that, however, they *could* see him stepping aside.

“Having waited over 60 years as heir apparent, it would be natural for Prince Charles to want to assume the throne and perform the royal duties for which he has spent so long preparing,” the UCL group wrote. “But it would be equally natural if, after reigning for a few years as an increasingly elderly monarch, he chose to invite parliament to hand on the throne to Prince William.”

Or, as a third option, we could find out the Queen is secretly immortal and that she’ll just be the monarch literally forever, if any experts would like to weigh in on that theory.