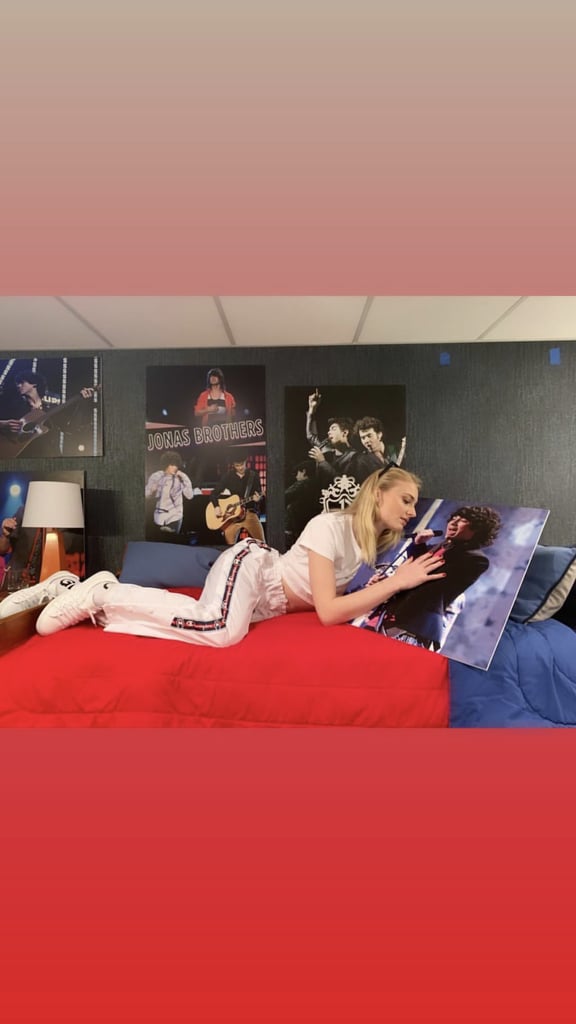 Sophie Turner might be Joe Jonas’s number one fan! On Tuesday, the 23-year-old Game of Thrones actress showed love for her 29-year-old fiancé by sharing a photo of her lying on a bed and adoring Joe in all his bushy-haired, Disney glory. The snapshot also features old posters of Joe with his brothers Nick and Kevin back in their early Jonas Brothers days, when they made many of our adolescent hearts swoon.

Evidently, Sophie is just as excited as we are about the Jonas Brothers’ recent reunion and new jam, “Sucker.” She even starred alongside the band (as well as her future sister-in-laws Priyanka Chopra and Danielle Jonas) in the song’s music video. Sophie — who began dating Joe in 2016 and got engaged to him the following year — will officially join the family by marriage this Summer, Joe revealed on Monday’s episode of The Late Late Show With James Corden. “Yeah, we’re going to have a Summer wedding, which I’m looking forward to. It’s going to be a lot of fun,” he said. Well, here’s hoping that the altar will be decorated with vintage JoBros posters. Look ahead to see some of the fun times the two lovebirds had while filming the “Sucker” video!