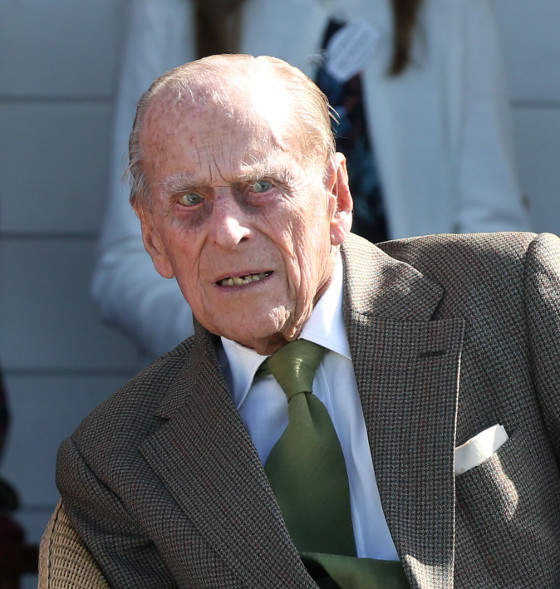 Britain’s most renowned Mr. Burns cosplayer, 97-year-old Prince Philip Duke of Edinburgh, is really leaning into his role as an untouchable super villain by stubbornly refusing to accept that he is a mere mortal, subject to the same laws of man and nature as a common street urchin like Meghan Markle. Not only has he not personally reached out to the passenger who was injured in his Land Rover-flipping accident (and really, all she wants in a note she can sell to The Mirror), he simply will not stop reenacting Mr. Toad’s Wild Ride. And sources claim it’s because he feels he is above the law.

According to Vanity Fair:

Sources close to the Duke say he is likely to continue driving in the manner he is accustomed to. Such defiance is typical of the independent, feisty and determined Duke but it does pose a problem for his aides who are at the centre of the ongoing P.R. maelstrom.

I have a theory. Previously it was reported that Philip’s accident occurred because he was “dazzled” by the sun. Maybe this situation is deeper and more spiritual for Philip than we know. What if Philip, when confronted by the dazzling sun, simply drove into it thinking it was THAT light. However, royal experts have different ideas.

“Philip is a law unto himself,” said one source. “The Queen and Prince Charles have pleaded with him to stop driving on public roads. Charles particularly thinks it’s too dangerous but Philip won’t be told.

Leave it to the Brits to turn this into a class issue (it’s clearly a race issue, duh). A PR advisor told VF that when pictures of Philip tootin’ around without his seatbelt on days after the crash came out, Philip was essentially dumping out his chamber pot on the heads of the proletariat.

The message, while plainly not intended, came across clearly: one rule for royals, another for subjects. As Marie Antoinette might have said: “Let them wear seatbelts.’”

I dunno, I still like my Sixth Sense theory best.