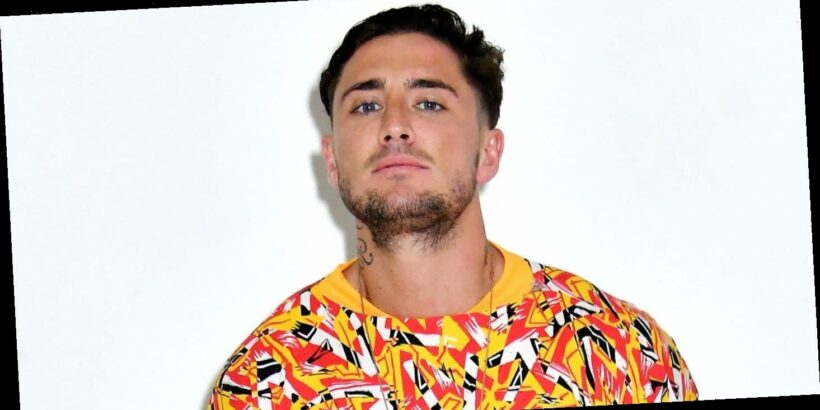 The Challenge’s Most Memorable (and Messiest!) Relationships

The Daily Mail reported earlier this month that the Challenge alum, 31, was taken into police custody on January 15 upon landing at London’s Heathrow Airport, but Bear said in a statement posted to his Twitter account on Saturday, January 23, that he’s not currently charged with any crimes.

The Brit’s tweet continued, “To reiterate, Stephen has not been charged and is facing false guilt without any opportunities to put this right. The so-called victim herself has ‘named and shamed’ him on a daily basis — and has been revelling in the new attention.”

“This is now a police matter and up to them to decide the facts of these immature and ridiculous rumors,” the statement continued, adding a thank you to “both the authorities and fans that have supported him,” and sympathizing with others “that have been falsely accused.”

His statement came several weeks after Harrison, 26, accused Bear of filming the duo having sex and posting the video online without her permission in December 2020. She claimed he secretly recorded the act on CCTV cameras in his home. He has denied the accusations.

A spokesperson for the Essex Police told the Daily Mail earlier this month, “A man has been arrested in connection with an investigation into the disclosure of sexual photographs without consent.” Authorities confirmed it was a “31-year-old man from Loughton” who was arrested but did not release a name.

Us Weekly confirmed the following day that the suspect was released on bail until February 10.

The Challenge’s Most Scandalous Hookups

Harrison, for her part, shared several Instagram Stories the day of the arrest, including one of her crying. “Nothing about the current circumstances feels good,” she wrote at the time. “Even the wins hurt me so so much cause as an empath, I just see the best in everyone and want the best for everyone.”

After the Love Island star’s claims first became public in December 2020, she posted videos on social media of herself crying as she pleaded with Bear to remove the video. She threatened legal action as well.

“I feel hurt, I feel violated, I feel embarrassed but I also feel like my friends and followers will support me through this and I can’t stay silent on the matter any longer. Also, anyone who watched it, you’re disgusting yourself. Any respectful man, brother, son, father would tell him he’s disgusting for showing anyone that especially as you [can] clearly see it’s CCTV and I don’t know it’s recording,” she wrote via her Instagram.

She went on to say she had “screenshots” of places the video was posted online. “This is the last time you violated a woman this way. So enjoy that beer, mate, because you are in big trouble,” Harrison shared after Bear posted a snap of himself drinking a beer.

The Just Tattoo of Us alum denied those claims in a long Instagram video when. “Anyone who’s trying to say that they’ve seen footage of me and her now, it’s complete lies,” he said.