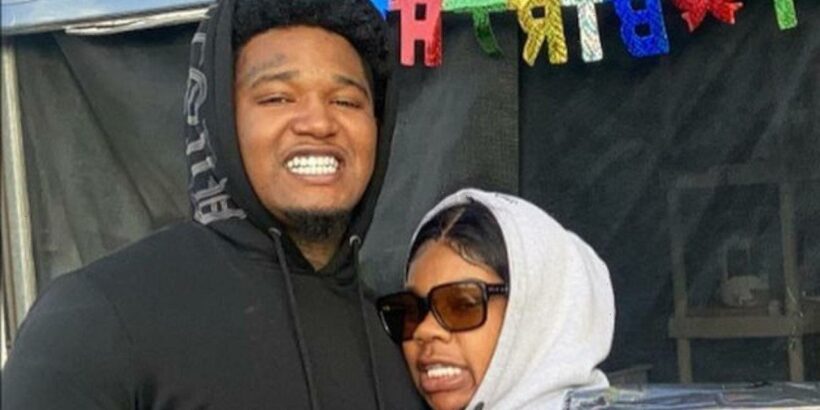 During a heated argument on Instagram Live, the ‘Love and Hip Hop: Miami’ star exposes her on-and-off boyfriend for allegedly putting a hit out on the mother of his child.

AceShowbiz –Sukihana and Kill Bill‘s volatile relationship is once again put on display. Having often unashamedly shown their affection to each other on social media, this time the on-and-off couple showed the ugly side of their romance.

On Monday, September 20, Bill, who is also a rapper, was on Instagram Live when he was involved in a heated argument with Sukihana. It was unclear if the reality TV star realized or not that they were on live, but she made a serious allegation against her boyfriend.

The “Love & Hip Hop: Miami” star was heard repeatedly asking her boyfriend to leave the house but he refused, claiming that he has a share of the property. “I paid $3,100 on the house,” so he made his argument.

As the verbal altercation continued, Sukihana alleged that Bill put a hit out on the mother of his child. “You said you hope your baby mama and your son die,” she said, which her boyfriend denied. “Tell them what you did. Tell them the truth,” she further pressed him.

Seeing this, social media users couldn’t help criticizing the couple’s toxic relationship. “he made a threat like that to his own child and his mother and you’re still with him?” a baffled user asked. Another similarly remarked, “But you stayed with him.” Seeing the alarm, a third urged Sukihana to leave him, “& this is what she likes… if he would do his own child and bm like that he would fasho do you! Move around QUICK.”

Sukihana confirmed she was dating Bill in March 2020, but it was believed that they had been together since late 2019. In September last year, Bill surprised her with a proposal during an Instagram Live session. Just four months later, however, the reality TV star hinted that they broke up as she announced on Instagram Story, “I been single for a while now I just don’t be putting y’all in my business.” They rekindled their romance not long after that.