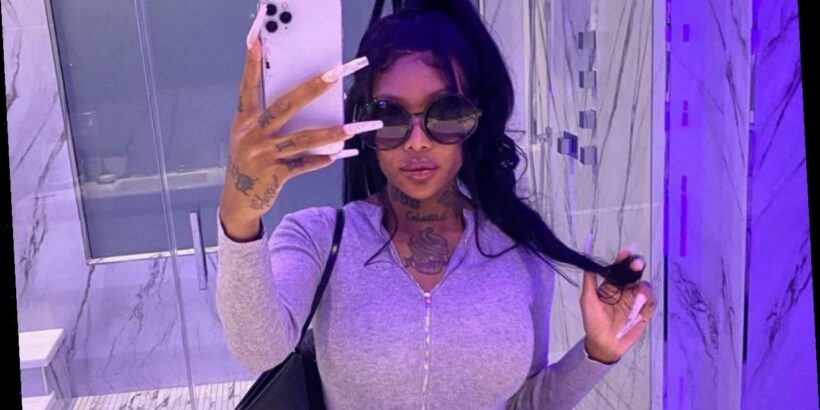 The ‘Girls Need Love’ singer takes to her Instagram account to share a series of bathroom selfies, which feature her posing in a gray outfit, while joking about her pregnancy diet.

AceShowbiz -Soon-to-be mom Summer Walker is adjusting her life now that she’s having a bun in the oven. The “CPR” singer, who is expecting her first child with on-and-off boyfriend London On Da Track, has been using her social media accounts to share details about her pregnancy journey.

On Monday, January 4, the R&B singer took to her Instagram account to share a series of bathroom selfies featuring her posing in a gray outfit that hugged her growing baby bump. In the caption, meanwhile, Summer opened up about her diet during the pregnancy.

“what the fricking frack…. I’m so sad I kid you not my child is a whole vegan,” she joked. “Like wow I’m so miserable I just want a chicken sandwich. Just once.”

The post was reposted by The Shade Room and some users were quick to criticize the songstress as they mistakenly thought that the 24-year-old is trying to make her baby a vegan by eating vegetables only.

“She already planning on giving that baby a pear and a pea,” one user wrote in the comment section. Similarly, someone added, “She’s eating 1 apple & 3 peas a day , we know already lmao.” Assuming that Summer didn’t eat enough for both herself and her baby, another person urged the “Girls Need Love” hitmaker, “GIRLLL FEED THAT BABY.”

However, some others, especially those who experienced being pregnant, jumped into Summer’s defense. “JUST TO CLEAR THE AIR….she’s not saying her baby’s a vegan she’s saying her baby don’t like meat WHICH MEANS…meat probably doesn’t agree with her. Which happens during some pregnancy. And she wants a chicken sandwich (that the baby don’t want) that’s why she’s miserable!” one person commented.

“Ppl who’ve never been pregnant don’t get the joke… certain foods you’re used to eating make you nauseous. She doesn’t mean literal vegan. Baby is just rejecting what mama wants,” one other added. Alluding that people were blindly hating on Summer, one fan said, “Y’all don’t even know why y’all don’t like her it’s so ridiculous atp.”