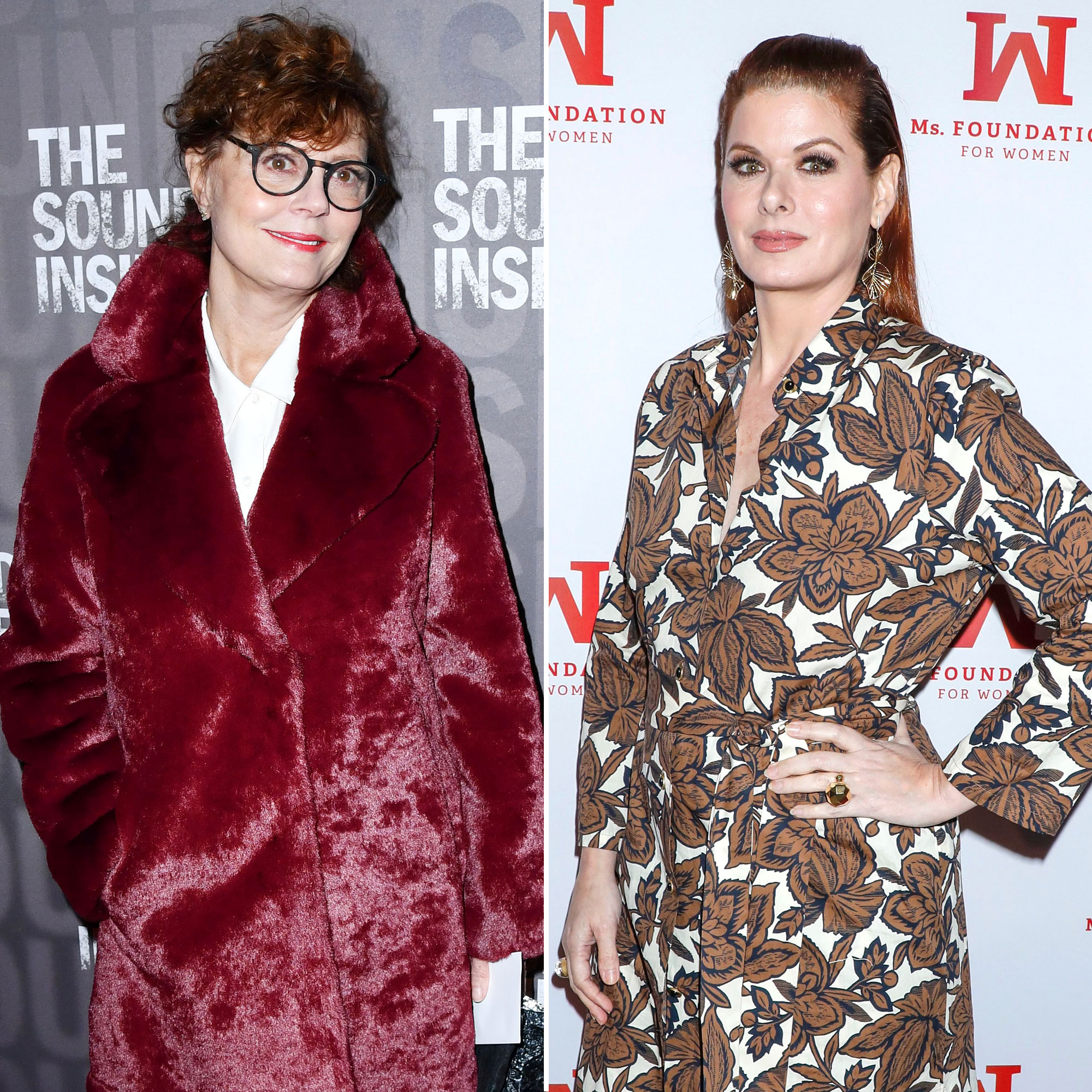 Debra Messing recently declared she’d rather be stuck in an elevator with Donald Trump than with Susan Sarandon, and the Thelma & Louise star isn’t eager for face time with Messing either.

Sarandon, 73, sounded off on her ongoing feud with the Will & Grace star, 51, at the opening night of The Sound Inside at New York City’s Studio 54 on Thursday, October 17.

“There are a lot of people who find it really funny,” Sarandon exclusively told Us Weekly. “I don’t take it very seriously. Sometimes it will be very quiet for a while, and then all of a sudden, I’ll be wondering, ‘Gosh, I wonder what led to that?’”

When asked if she has tried a sit-down with Messing, Sarandon replied, “I don’t know what I would gain from that. … I don’t really know her.”

The Oscar winner also told Us how she handles trolls who criticize her political beliefs. “My feeling is, anybody that’s not in the fight getting bloodied themselves, I don’t really care what they say. First of all, I don’t read most of them because I’m not on social media that much.”

She continued: “If it’s someone that has a huge following and they’re tweeting misinformation, then sometimes I’ll just say, ‘You know, I appreciate your passion. It will be great if you can lend that voice to something,’ and then I’ll use their side to put out the correct information, but I don’t get into personal things. I don’t see the point of it, really.”

Sarandon and Messing clashed on Twitter during the 2016 presidential election after Sarandon, a longtime Bernie Sanders supporter, suggested that Trump would make a better president than Hillary Clinton.

The two actresses butted heads again this September when the Mysteries of Laura alum retweeted an article stating that Sarandon crediting Donald Trump for inspiring women and people of color to run for office. “STFU SUSAN,” Messing wrote at the time. “Oh yes, PLEASE let’s give Trump CREDIT. I mean how else are you able to walk out on the street.”

Sarandon replied to the critique that same day. “Debs, before you get yourself all self-righteous try clicking on the video and listening to what I actually say,” she tweeted, characterizing the publication’s headline as “clickbait.”

Messing added more fuel to the fire earlier this month during an appearance on Watch What Happens Live with Andy Cohen, revealing she’d rather share an elevator with the President than with the Blackbird actress and suggesting that she could inspire “some policy changes.”

With reporting by Nicki Gostin