Susanna Reid and her 55-year-old co-star have presented ITV’s flagship show ‘Good Morning Britain’ for the last five years. During that time, they have gone through a number of cheeky on-air spats and suffered a few TV blunders, which regularly hit the headlines. Today (July 16) Piers Morgan teased fans about a “big announcement” on Twitter, where he warned “watch this space” only for it to be the release of a new book at midday. The former-newspaper editor is no stranger to controversy, least of all on his programme’s debut when he brutally mocked his co-host and joked that she tried to make him look foolish.

During Piers’ inaugural appearance on GMB, he took a number of swipes at Susanna and also embarrassed then Labour politician Ed Balls who he regularly  branded “Darth Vader”.

The onslaught began when he said that his colleague “looked like a giant glowing daffodil” in her yellow dress and continued to make a number of snide comments.

She soon spat back when he tried to explain what an earthquake was but the banterous back-and-forth continued.

He joked that Susanna had a crush on US film star Zac Efron after she proclaimed that at 17 years her junior he was the “wrong age bracket” – only for Piers to fire back: “That’s not what I’ve heard.”

Later he claimed she had tried to sabotage his GMB debut after she kindly offered him a snack during an advert break. 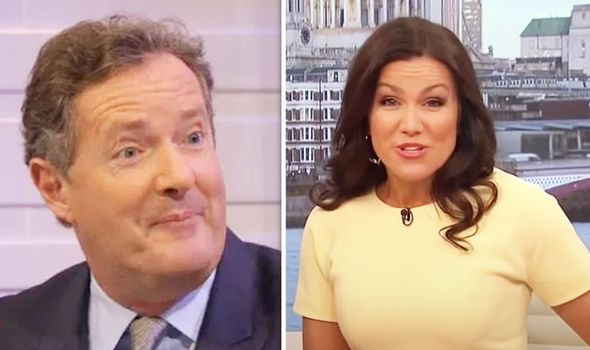 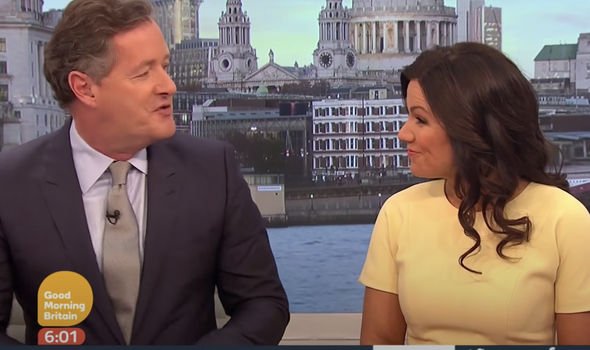 Piers said: “She gave me a bit of apple deliberately so I would have my mouth full.

“So I would like to apologise to viewers because she stitched me up like a kipper…rendering me an incoherent gibbering wreck.”

Susanna laughed off the comment when she said: “I’m not sure it’s the apple’s fault.”

Also on the show, he poked fun at Ed Balls when he reminded him that he was “allowed to laugh” and insisted that the then-Shadow Chancellor of the Exchequer was a robot. 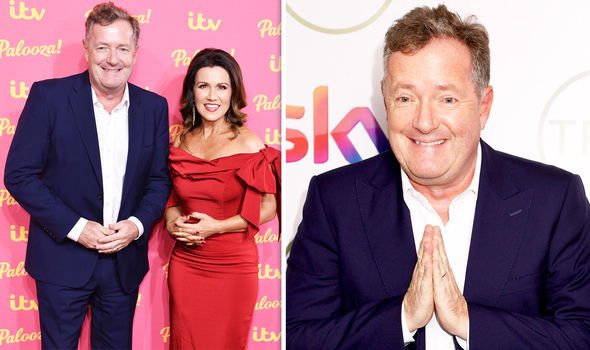 Piers quipped: “You can show us a little bit of human Ed Balls.”

The TV debut appeared to be a hit with viewers, which he commented on after noticing that the show was “the number five trending item in Britain”.

Despite the viewing figures success he continued: “Not sure it’s for the right reasons but everyone’s watching us.”

As Piers signed-off the show, he joked that his co-presenter would continue to suffer alongside him because he was back on-air the following day, which he described as “a huge thrill for Susanna”.