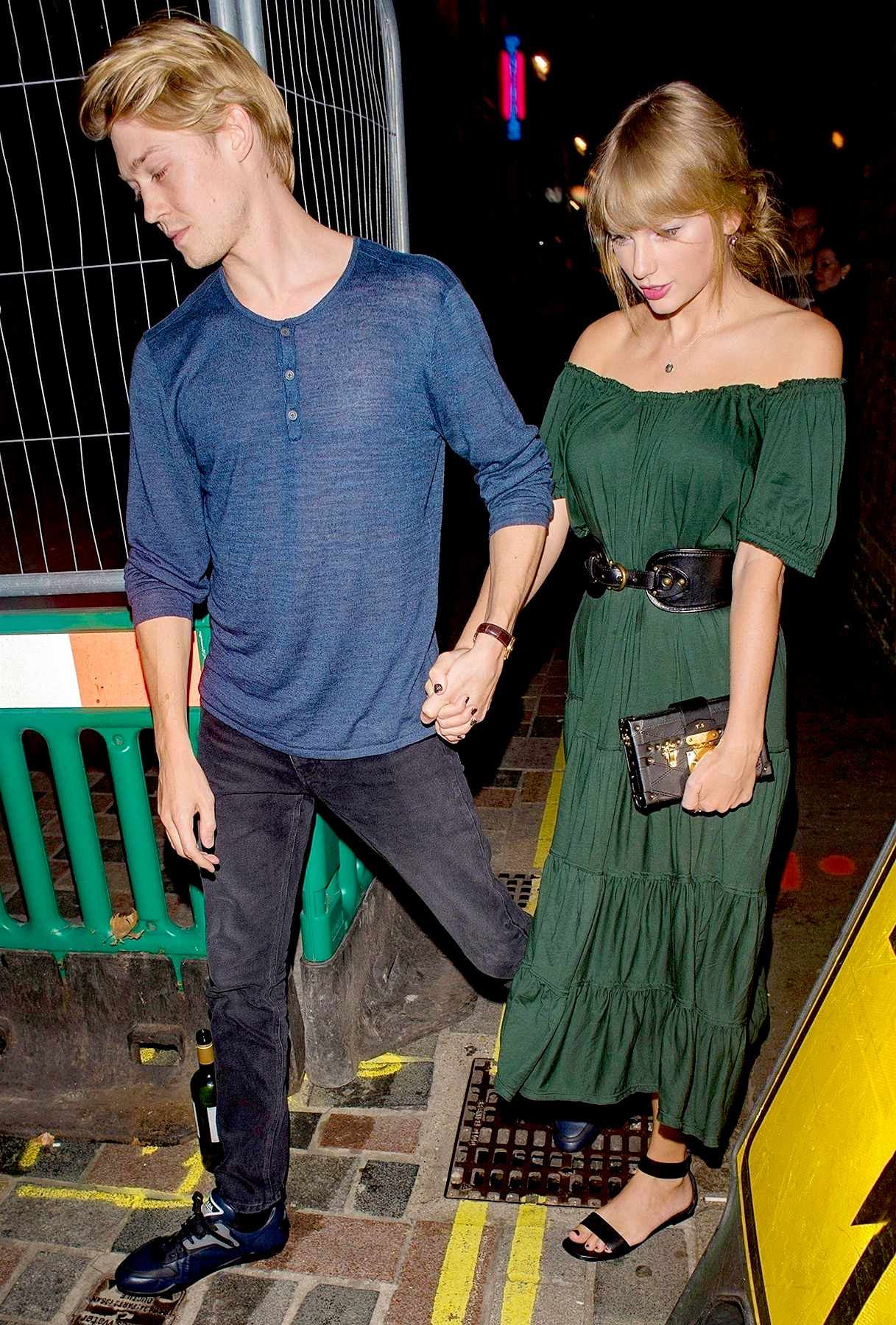 He’s the king of her heart! Taylor Swift and her boyfriend, Joe Alwyn, enjoyed a dinner date in London on Wednesday, August 22.

The low-key couple stepped out at Hawksmoor, a steak restaurant in the Covent Garden district of the U.K. capital. They held hands as they walked down the street to the award-winning eatery.

The 10-time Grammy winner, 28, looked stunning in an emerald-green off-the-shoulder maxidress. She coordinated her black leather clutch with a matching belt and sandals. Her hair was styled in a loose updo. The Billy Lynn’s Long Halftime Walk star, 27, opted for a more casual look with a blue long-sleeved henley, dark jeans and sneakers.

Swift and Alwyn’s relationship first made headlines in May 2017, though she hinted on her album Reputation that it began around late 2016. Neither have spoken publicly about their romance.

“Joe has really showed her a different lifestyle and the value of privacy,” a source previously told Us Weekly exclusively of the songstress, who in the past made headlines for flaunting her romances. “She’s the happiest she’s ever been.”

The British actor has joined the pop superstar on several dates of her ongoing Reputation stadium tour, which kicked off in May and concludes in November. “He’s very supportive of her career and wants to be there every step of the way,” the source told Us.

Swift revealed on Reputation that she met Alwyn at the Met Gala in May 2016 while she was dating Calvin Harris, from whom she split the following month before briefly moving on to Tom Hiddleston. Her other famous exes include Joe Jonas, John Mayer and Harry Styles.