Taylor Lautner is so in love! The ‘Twilight’ heartthrob cozied up to girlfriend Tay Dome in new rare snapshots of the happy couple.

Taylor Lautner, 29, looked happier than ever in adorable new photos with his girlfriend, Tay Dome. On Friday (Aug. 6), Taylor uploaded two snapshots to Instagram that featured the actor and Tay packing on the PDA while standing on a deck overlooking the beach and ocean. In the first photo, Taylor lightly kissed Tay’s head as she placed her hand on the Twilight heartthrob’s stomach. The second photo featured Tay pressing her face against Taylor’s as he wrapped his arm around the registered nurse’s back.

Taylor captioned the PDA-filled post, “Hashtag blessssed #whysheholdingmybellylikethat.” For the scenic outing, Taylor dressed in a plain gray shirt, black jeans and a black hat. Meanwhile, Tay wore a flannel shirt over a black shirt. She finished off her look with black jeans and white heels.

The couple rarely post each other on social media, and so this new Taylor-Tay romantic outing caught the attention of fans and celebs alike. In response to Taylor’s humorous hashtag regarding Tay’s hand placement, entertainment journalist Jason Kennedy commented, “Cuz she feelin the abbys.” Teen Wolf alum Caitlin Dechelle also gushed over the couple and said they were the “cutest” in a comment complete with a heart emoji. 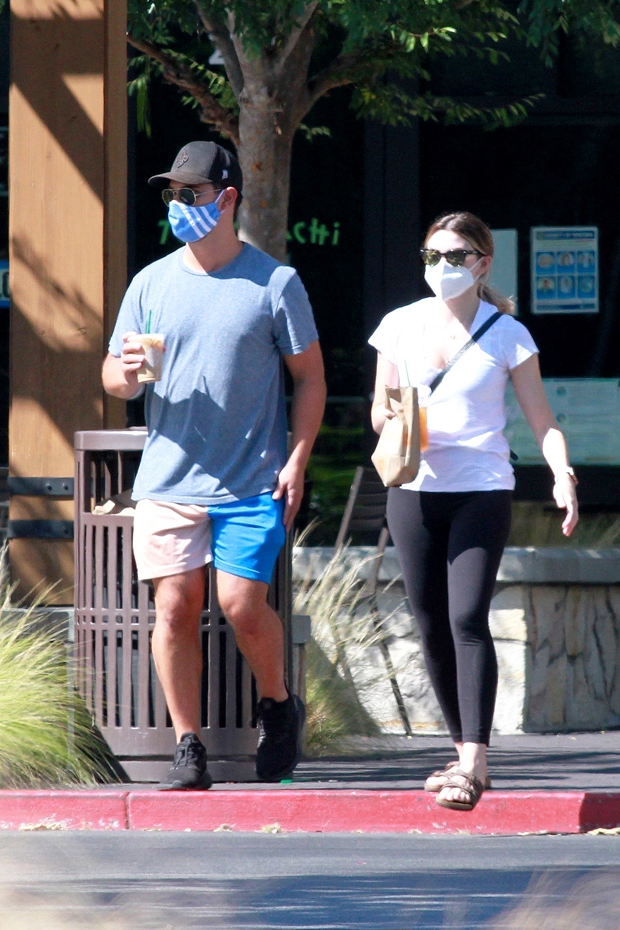 Taylor and Tay have been dating since 2018. The Scream Queens actor made the relationship “Instagram official” in October of that year with a photo that featured Taylor affectionately kissing his love on the cheek. The pair were dressed in matching Halloween costumes as members of the Tune Squad from the movie Space Jam for the monumental post.

As fans may recall, Taylor previously dated actress Billie Lourd from December 2016 to July 2017. The two had met on the set of Scream Queens. Upon news of their split, a source told PEOPLE that the stars were “still friendly.” Taylor also briefly dated Taylor Swift in 2009.