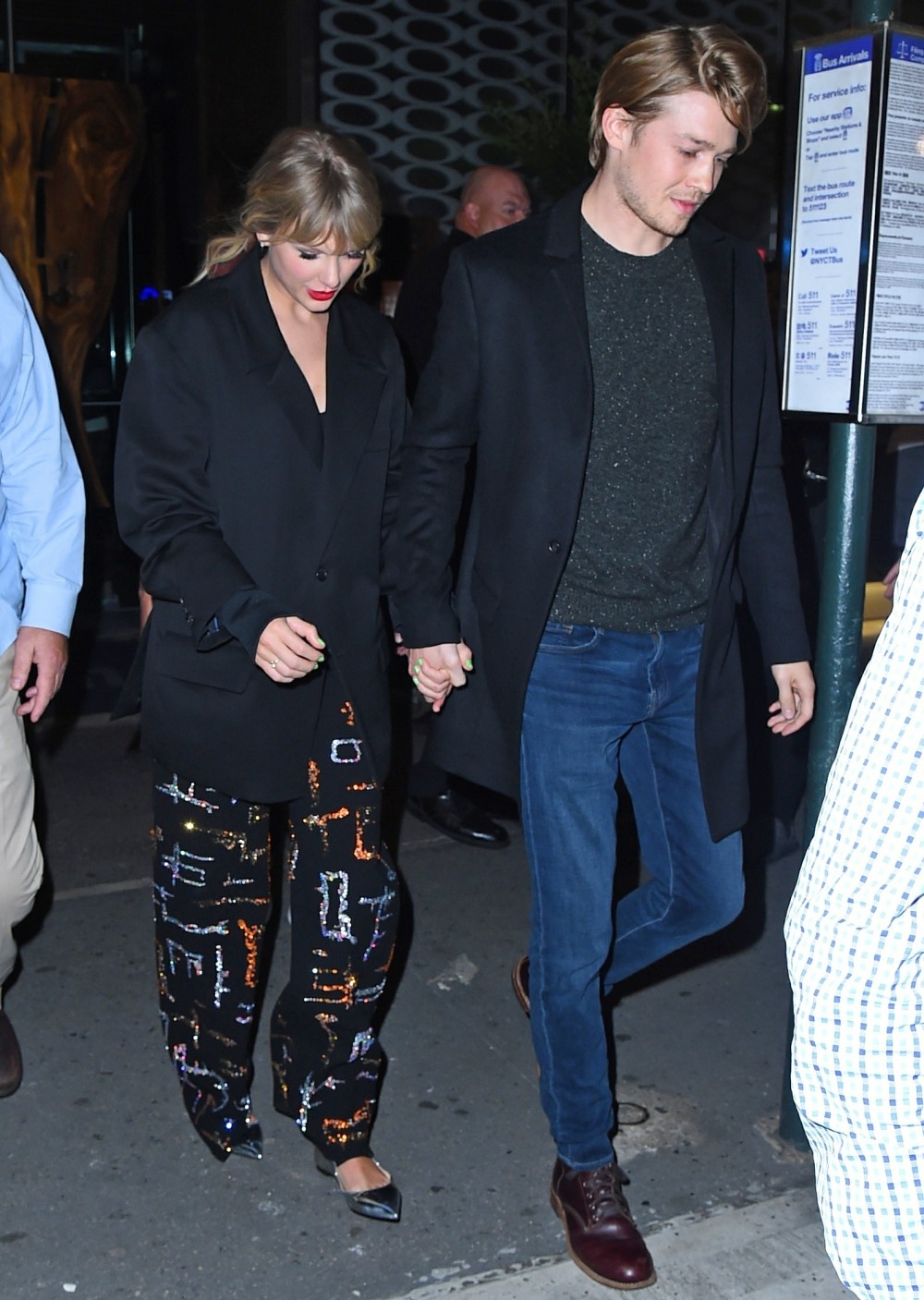 I didn’t travel over Thanksgiving. Holiday travel is hell on earth and I would never choose that for myself. If I was rich as hell like Taylor Swift, I would spend the money and get everyone to come to me, wherever I was. Taylor was apparently in New York for Thanksgiving Eve, where she likely hosted a Friendsgiving celebration for the last remnants of the Girl Squad (Martha Hunt is still ride-or-die but Karlie Kloss remains in the wind). Then Taylor… flew to London? ON Thanksgiving? What in the world?

Looks like Taylor Swiftis shaking off the last couple of weeks and spending time with her loved ones. For the Thanksgiving holiday, it looks as though Swift is taking a step back to spend some much needed time with her friends and her beau, Joe Alwyn. As you may recall, Swift and Alwyn have been dating for about three years now but have continued to keep their relationship private and under wraps. An E! News source shared that this Thanksgiving, Swift traveled to London to spend the holiday with the 28-year-old actor.

“She arrived on Thursday from New York and is spending the weekend there,” the source added.

Prior to leaving the country to be with Alwyn, Swift hosted her annual Friendsgiving party with model Gigi Hadid, 30-year-old Martha Hunt and Queer Eye’s Antoni Porowski.

“It’s an annual tradition for Taylor to get together with close friends and do this,” an E! News source shared. “Many have been at her gathering in years past. This year was intimate and casual, but they all had a great time.”

Her friend Hunt shared a sweet picture of the two friends hugging it out for the ‘gram on Thanksgiving, captioning the photo, “thankful for friends.” Hadid also shared a group picture of the lovely Friendsgiving celebration on her Instagram Story where Swift could be seen taking a sip of wine. “Friendsgiving this week

Maybe Taylor’s Friendsgiving is the new Taymerica Fourth of July party? I hope so, because I think Taymerica parties might be a thing of the past. No more Independence Day parties, and no big Thanksgiving celebration with her family? I mean, Taylor could have spent Thanksgiving with her parents and her brother. But she chose to have her pilot fly her private jet to England ON Thanksgiving Day. Which is a lot. Did… Joe not want to celebrate an American holiday? Did Taylor’s pilot at least get paid extra to fly her overseas on a holiday?