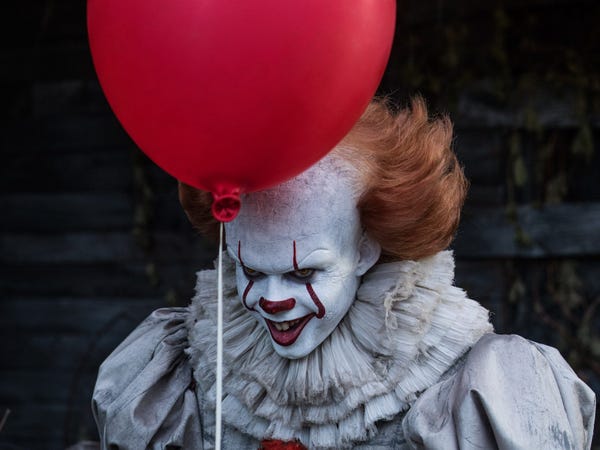 One third of Stephen King's novels, novellas, and short stories have been brought to life through movies and television shows.

A defining author in the horror genre, King's work has been adapted into classic films such as "Carrie," "It," and "The Shining" — and even some powerful dramas like "The Shawshank Redemption."

Here are the highest-grossing movies based on King's work, not accounting for inflation, according to worldwide gross figures from Box Office Mojo.

"The Shawshank Redemption" wasn't hugely popular when it was released in 1994, but now it's regarded as a classic. It's King's 20th highest-grossing movie. 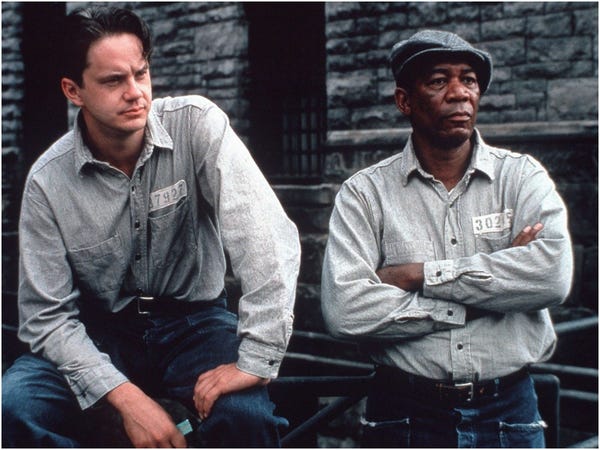 "The Shawshank Redemption," based on King's 1982 novella "Rita Hayworth and Shawshank Redemption," starred Tim Robbins and Morgan Freeman as two prisoners who find hope while serving their sentences in the fictional Shawshank State Prison. While the movie flopped upon its release, it was nominated for seven Academy Awards and is now beloved. Members of the cast reunited for the film's 25th anniversary in 2019.

King wrote the screenplay for "Sleepwalkers," released in 1992. 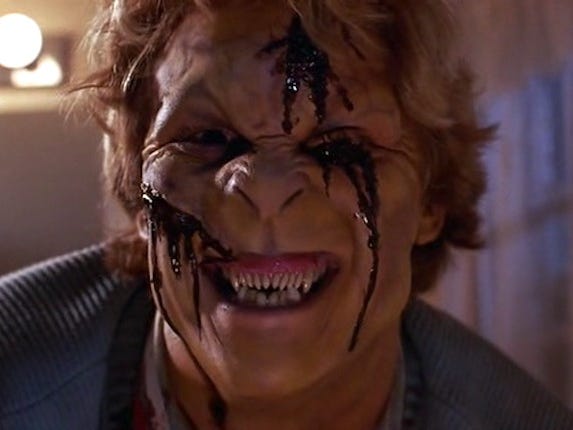 "Sleepwalkers" wasn't based on one of King's books — it was the first time he wrote a screenplay that wasn't adapted from one of his existing stories. King also had a cameo in the film as the Cemetery Caretaker.

The 2001 film "Hearts in Atlantis" was adapted from King's novella "Low Men in Yellow Coats." 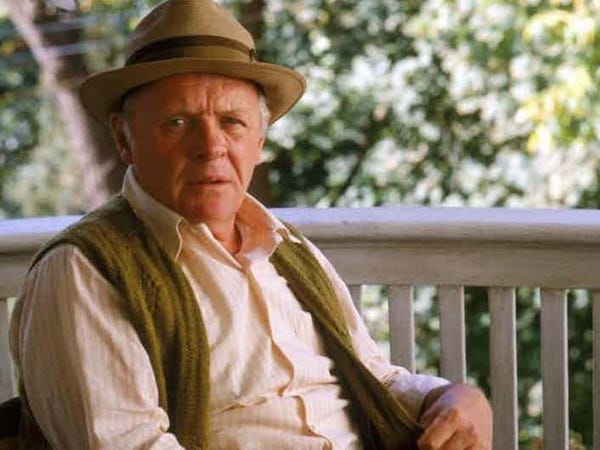 Released in 2001, "Hearts in Atlantis" starred Anton Yelchin as a young boy who befriends an elderly man, played by Anthony Hopkins, and begins to notice strange happenings in their neighborhood.

The 1992 film adaptation of "The Lawnmower Man" bore little resemblance to the source material. 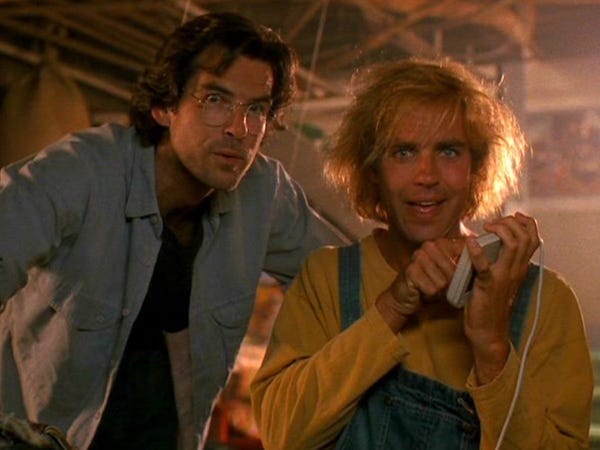 King first published the short story "The Lawnmower Man" in 1975, and then included it in his 1978 "Night Shift" anthology. When it was adapted into a film in 1992, King sued New Line Cinema and ordered that his name be removed from all marketing since it deviated so drastically from his original story — and he won.

Actress Sissy Spacek originated the role of "Carrie" in 1976. 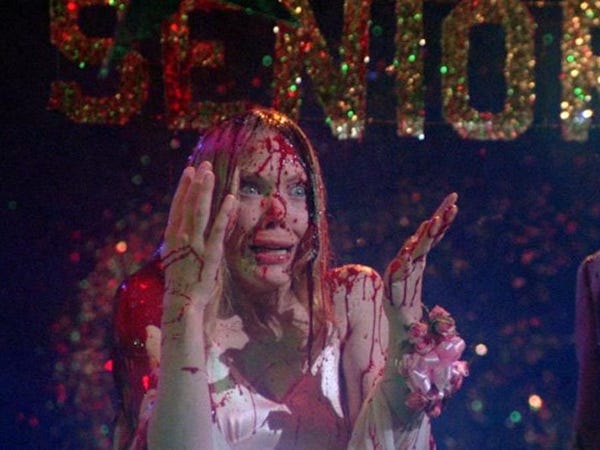 "Carrie" became a cultural touchstone when it was released in 1976. A social outcast with a violent, religious extremist mother, Carrie discovers that she has the power of telekinesis. She gets asked to the prom and voted prom queen only to be showered in a bucket of pig's blood in an iconic scene. She then exacts a bloody revenge on all of the classmates who tormented her with her newfound powers.

"The Running Man" starred Arnold Schwarzenegger in a 1987 dystopian thriller. 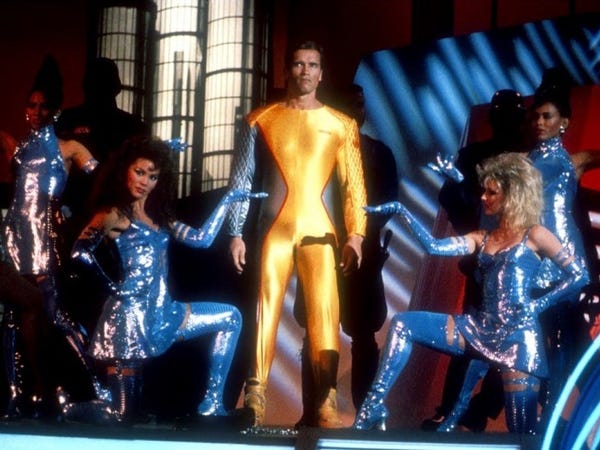 In "The Running Man," Schwarzenegger plays Ben Richards, a policeman falsely accused of a crime who must compete on a game show for his life. King disliked the adaptation so much that he asked for his name to removed from all marketing materials, according to Screenrant.

The film adaptation of "The Shining" was released in 1980 and became a cult classic. 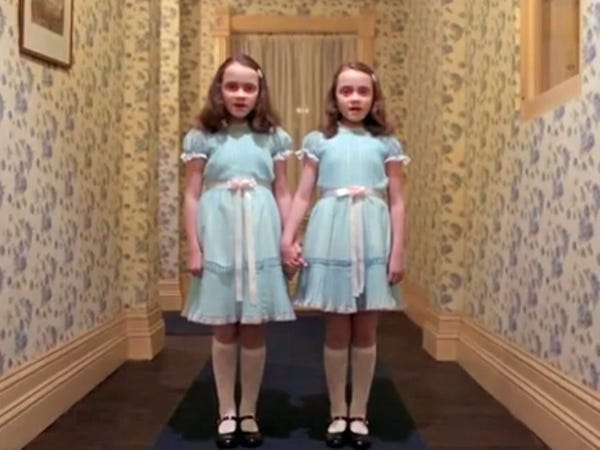 King's novel "The Shining" was his first hardcover bestseller, putting him on the map as a notable horror author. The film adaptation was also a success, cementing lines like "Here's Johnny!" which Jack Nicholson improvised, in pop culture. 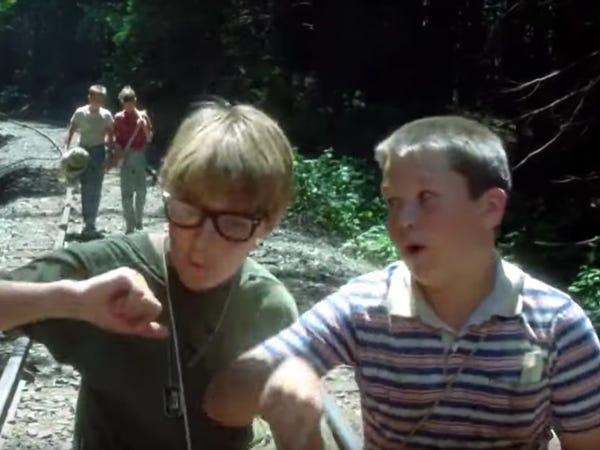 "Stand By Me" stars Wil Wheaton, Jerry O'Connell, River Phoenix, and Corey Feldman as four young boys who set off to find the missing body of a stranger who was killed in their Oregon area.

1989's "Pet Sematary" centers around a burial ground with the power to revive the dead — with a deadly catch. 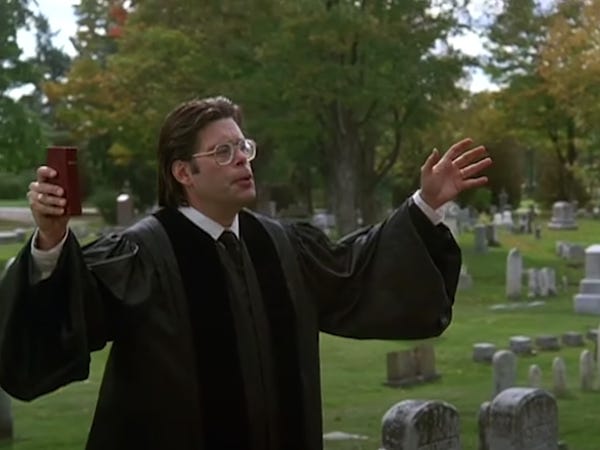 When the Creed family's cat is struck by a car, a neighbor tells the family to bury it in the neighborhood's ancient "Pet Sematary." The cat then comes back to life, but exhibits vicious behavior. When the Creeds' son is killed in an accident, her father Louis tries to bring him back to life with the enchanted burial ground, ignoring warnings that "sometimes dead is better."

The 2007 film "The Mist" was so scary that it even made King jump, director Frank Darabont said in his commentary. 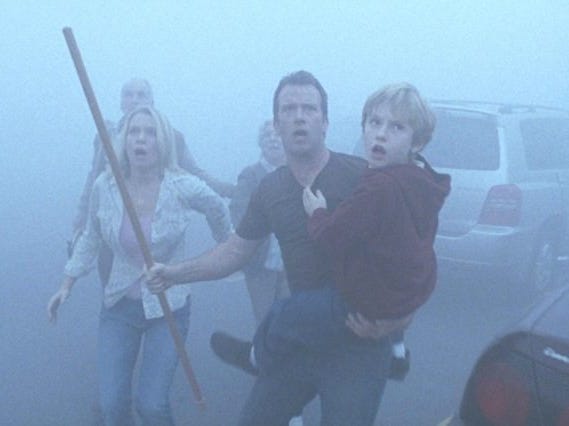 Director Frank Darabont wrote a new ending to "The Mist" for the film adaptation, and King loved it.

"Frank came up with an ending to the movie that I thought was terrific on the page, and the only time that I ever wavered even slightly was when I actually saw it, and I said to myself, this is so shocking that there ought to be ads in the newspaper that say if you reveal the last five minutes of this movie you'll be hung by the neck until death because that's the one thing that I hate about the internet age is all that stuff goes out," King said at a 2007 press conference.

"Misery" is a New York Times bestseller and hailed as one of King's best horror novels. The film version, which was released in 1990, was a hit, too. 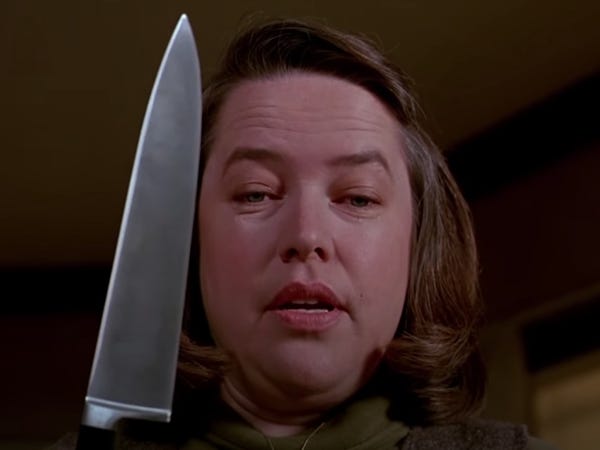 King published "Misery" in 1987 about a novelist who is held prisoner by his psychotic No. 1 fan. The film version was released in 1990 to critical and audience acclaim. Kathy Bates delivers a downright terrifying performance as the former nurse Annie, and is widely regarded as one of the best horror villain roles of all time. 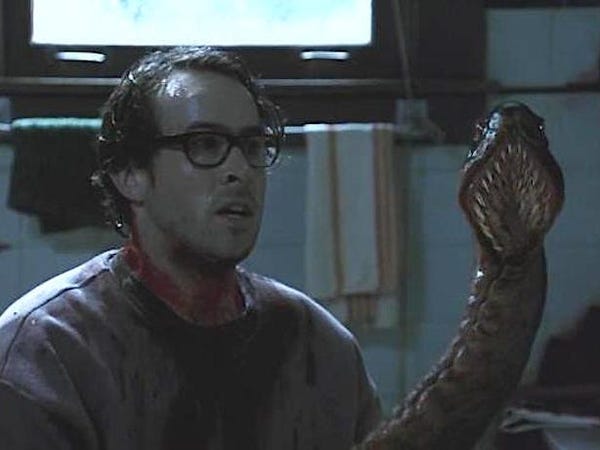 In "Dreamcatcher," four friends on their annual camping trip discover a man wandering in the woods in a blizzard, displaying strange behaviors and symptoms. They soon learn that he has contracted a deadly alien virus, and their entire area is under quarantine, as they struggle to survive attacks from the infected and military strikes.

The story takes place in the same fictional town of Derry, Maine, as the "It" series, and also features connections to the master universe in "The Dark Tower." 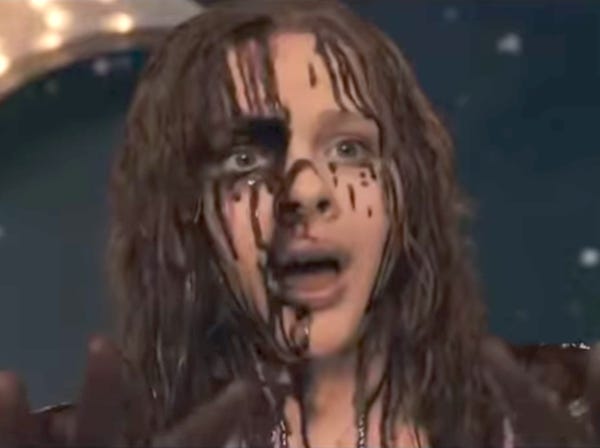 Director Kimberly Peirce described her adaptation of "Carrie" as a retelling, not a remake. The 2013 version includes several modern updates. There's no female nudity shown in the locker room scenes, but Carrie's humiliation doesn't end in her high school gym's locker room — video of her peers taunting her gets shared online. Carrie also becomes more empowered through her newfound telekinesis abilities.

Released in 2004, the movie "Secret Window" follows writer Mort Rainey as he's stalked by a farmer who claims Rainey stole his story. 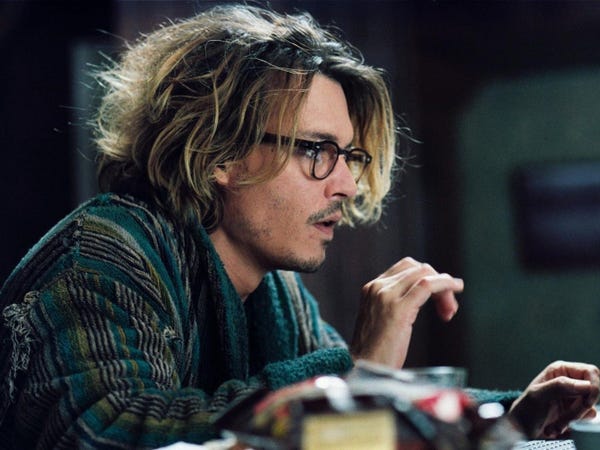 As the plot of "Secret Window" advances, the lines between Rainey's imagination and reality become more blurred, until a shocking twist reveals that the psychotic farmer isn't as distant from Rainey as the audience was led to believe. 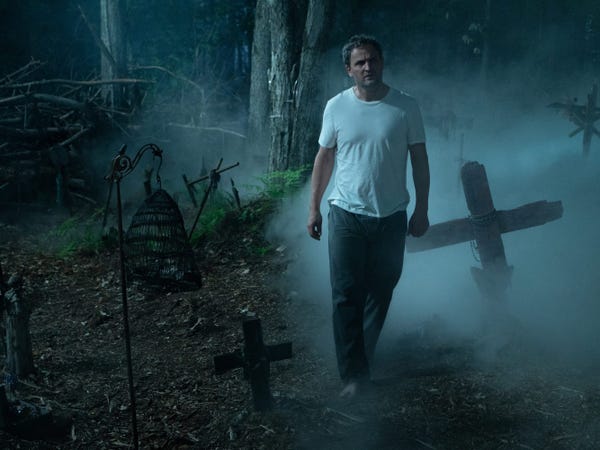 The remake of "Pet Sematary" made several changes to the plot from the 1989 version. The 2019 movie features a parade of kids in masks carrying a dead pet to the cemetery, made the character of Victor Pascow less comedic and more menacing, and used a different breed of cat to play the Creed family's pet. The biggest change was that the Creeds' daughter becomes the one who is killed and brought back to life as a bloodthirsty demon, not their son.

"The Dark Tower" movie, released in 2017, served as a sequel to King's series of the same name. 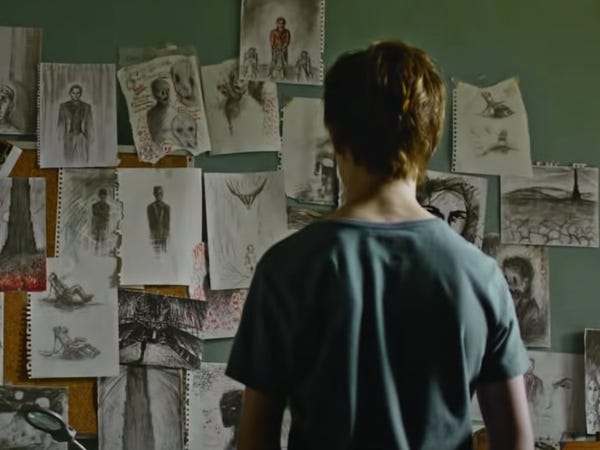 In "The Dark Tower," 11-year-old Jake Chambers has visions of an evil Man in Black and the Gunslinger who tries to prevent him from destroying the Dark Tower that holds the universe together. The movie was based on King's "The Dark Tower" series comprised of eight books and two short stories and starred Idris Elba and Matthew McConaughey. Despite its box office success, "The Dark Tower" was widely panned by critics. 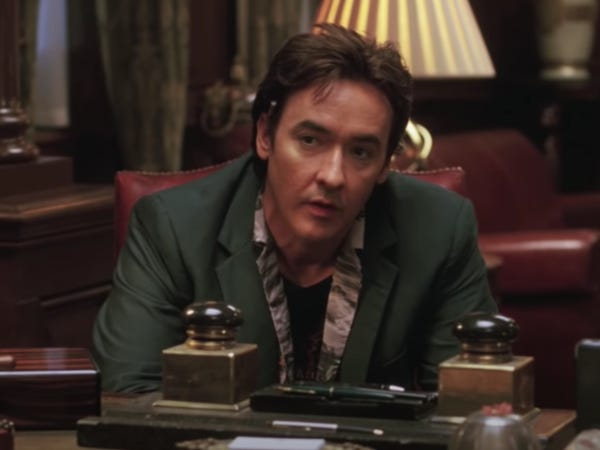 Starring John Cusack and Samuel L. Jackson, "1408" follows a cynical paranormal investigator who sets out to debunk the myth of the haunted room 1408 in the Doplhin Hotel, but ends up fighting for his life as the room comes alive.

According to IMDb, the movie's original ending was re-shot and changed after test audiences found it too dark. 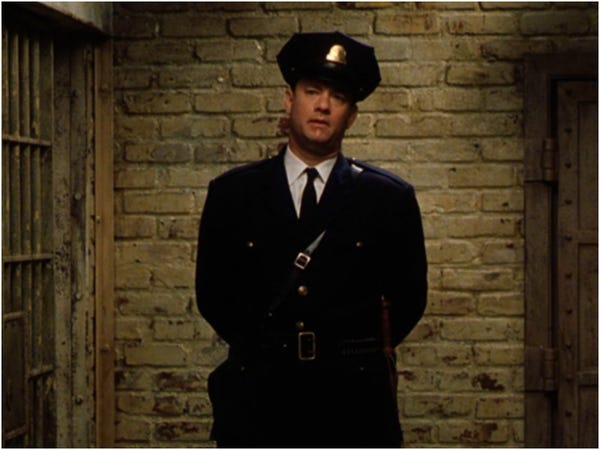 "The Green Mile" was based on King's 1996 novel about a prison guard who discovers one of the men under his watch has extraordinary powers and begins to doubt if he actually committed the crime he was convicted of.

This faithful adaptation of the source material resulted in a run time of three hours and nine minutes.

"It Chapter Two" hit theaters in 2019 and became King's second most successful film. 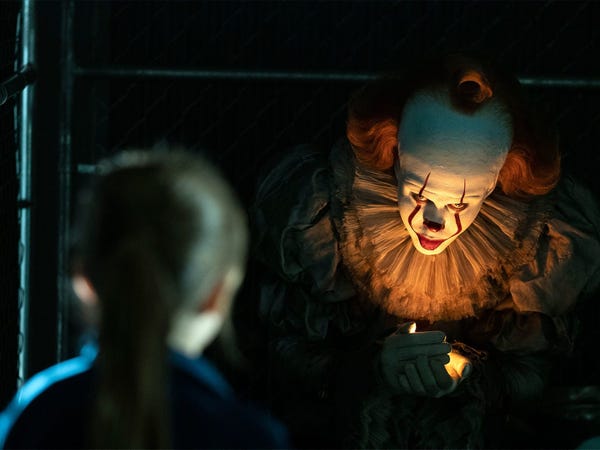 In "It Chapter Two," Pennywise returns to wreak havoc in Derry 27 years later. The children from the first movie, now adults, have to band together in order to defeat the evil clown once and for all.

The 2017 adaptation of "It" became King's highest-grossing movie by far. 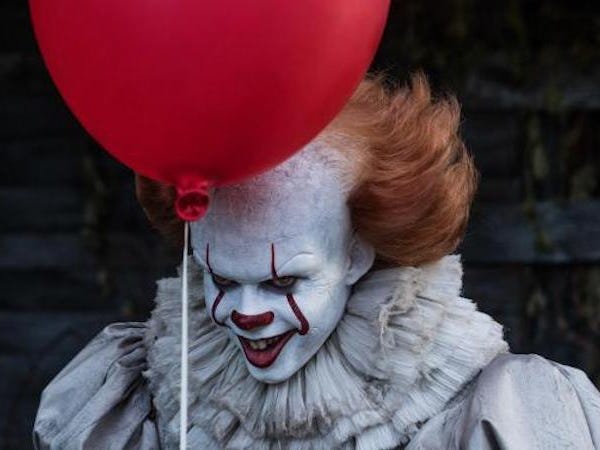 "It" had previously been made into a two-part miniseries in 1990 starring Tim Curry as Pennywise the murderous clown. In the 2017 blockbuster, Bill Skarsgård embodied the menacing character who terrorizes children in the small town of Derry.