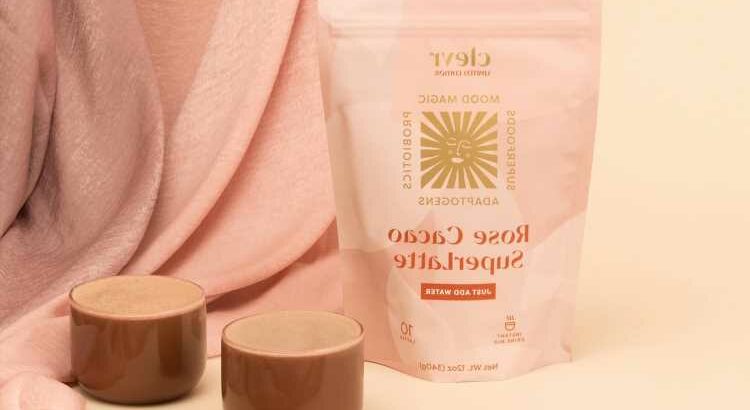 Meghan Markle wears many hats: successful actress, a blogger, an author, a philanthropist, a member of the British royal family, and now, private investor. And for her first investment backing, Markle chose to support Clevr Blends, a women-led, California-based instant latte brand that produces ″SuperLattes″ infused with adaptogens, probiotics, and superfood ingredients.

Available in flavors such as matcha, chai, and a turmeric-tinged golden blend, Clevr's SuperLattes have garnered not just the Duchess of Sussex's attention, but also Oprah Winfrey's (the former even sent the latter a Clevr gift basket for Christmas). In fact, Oprah said it was her "new drink of choice for the morning and night," and that it deserved a spot on her yearly list of Favorite Things.

Since then, Clevr said it has sold more than 2 million cups of SuperLattes in the past year, with even Kim Kardashian showing love for its easily made lattes that just need water to become silky smooth drinks. Now, the brand has launched a limited-edition flavor for May. Meet Clevr's Rose Cacao SuperLatte, the company's newest drink that blends a summertime-perfect rose scent with velvety-rich hot chocolate notes. "Amidst the intensity of 2020, I wanted to design a blend centered around joyfulness — something that people could reach for to lift their spirits," said CEO Hannah Mendoza. "Cacao has played an important role in my own life as a mood-enhancing medicinal plant, but it's got to be used in sufficient quantities to really feel its euphoric effects — this blend will get you there."

Like other Clevr SuperLattes, the Rose Cacao edition blend is 100 percent vegan and made without refined sugar. Each pack makes 10 cups of SuperLattes, and includes 1,000 milligrams of adaptogens, 500 million probiotics, and 10 milligrams of caffeine per serving. To make the latte, all you need is to mix six ounces of water (cold or hot) with four tablespoons of the SuperLatte pack via a blender or simply a spoon.

True to its ethos as a "mission-driven wellness company," Clevr sourced its SuperLatte's cacao from "regenerative farming cooperatives in the coastal rainforest regions of Ecuador," and are harvested by 400 small family farmers "paid a 12 percent premium above fair-trade standards," according to the brand. Plus, Clevr donates 1 percent of its revenue to food justice organizations like El Centro Santa Barbara.

"This investment is in support of a passionate female entrepreneur who prioritizes building community alongside her business," Meghan said of her decision to support Clevr in an earlier press release. "I'm proud to invest in Hannah's commitment to sourcing ethical ingredients and creating a product that I personally love and has a holistic approach to wellness. I believe in her and I believe in her company."

With its other flavors already getting thousands of 5-star reviews from shoppers, it wouldn't be surprising if the latest Rose Cacao launch sells out within a flash. Shop the Rose Cacao SuperLatte at Clevr below. Join PEOPLE starting on May 19 for an exclusive shopping event with special deals, live tutorials, and more from COVERGIRL and Sally Hansen. Register here for the live events and sign up here for deal text alerts during the 3-day event.