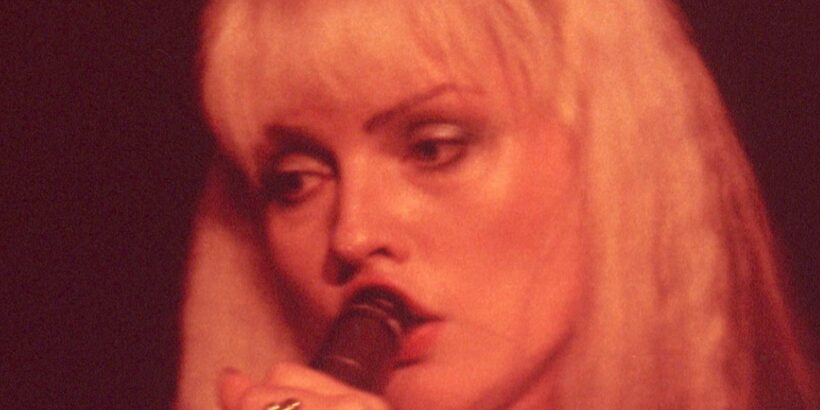 When you hear Blondie’s hit “Heart of Glass” come on the radio, it may be hard to wrap your brain around the fact that this bouncy, cheerful-sounding song came out over 40 years ago. In fact, while the song rose to the top of the pop charts in 1979, Far Out noted that the first version dates back to 1974. Yes, that’s right, it’s not just old, it’s really, really old, and yet somehow still ageless, as is Blondie’s singer Debbie Harry.

When the song came out, it shocked some of Blondie’s earlier fans. The group was reportedly part of New York City’s underground punk scene in the late 1970s, the same scene that revolved around the legendary CBGB, and would also birth The Ramones and the Talking Heads (via Time). Of the big three, only The Ramones would go down in history as punk, with Talking Heads and Blondie evolving into more accessible and radio-friendly territory. Blondie’s transformation from gritty 1970s punk to slick 1980s pop most likely began with “Heart of Glass” and its chart-topping success. This disco-esque departure from their punk roots proved to be so popular that they would keep forging on into the brave frontier that came to be known as New Wave (via Music Fest News). As to any special meaning behind “Heart of Glass” and its lyrics, though… Well, what you hear is pretty much what you get.

The lyrics of Heart of Glass aren't very deep

While many songs of the 1970s and 1980s eras (and of today, come to think of it) have obscure lyrics that seem to hint at some sort of tragic (or at least dramatic) secret in the singer’s life, that was definitely not the case with “Heart of Glass.” Debbie Harry spoke with The Guardian in 2013 and told them the lyrics to the hit song “weren’t about anyone. They were just a plaintive moan about lost love.”

Harry admitted that the original lyrics amounted to nothing more than the bit that goes, “Once I had a love, it was a gas. Soon turned out, it was a pain in the ass,” but said that they had to expand upon that line so added in, “Soon turned out, had a heart of glass.” This phrase eventually came to be used as the title of a track originally known as “The Disco Song” and then later as “Once I Had a Love” (via Far Out). Believe it or not, back in the late 1970s, the word “ass” was seen as so controversial that BBC Radio bleeped it out. Harry also told Entertainment Weekly in a 2014 interview that, “People got upset because I sang ‘ass.’ Maybe because it’s a three-letter word and not a four-letter word? I think we got banned in a few places because of that.”

A few years before the Blondie song “Heart of Glass” came out, a movie directed by German filmmaker Werner Herzog was also released under the title “Heart of Glass” for the English-speaking market (the original German title was Herz aus Glas, according to the International Film Festival Rotterdam). The film used a glassblowing factory in a small Bavarian village as a metaphor for the rise and fall of the industrial revolution, the futility of the human condition, and other assorted highbrow topics as interpreted by Roger Ebert.

Blondie lyricist Chris Stein said that there was none of this heavy-duty imagery going on in the Blondie song. As he told The Guardian, “I came up with the phrase ‘heart of glass’ without knowing anything about Werner Herzog or his movie of the same name, which is a great, weird film.” While we don’t know what Herzog thinks of the fact that his film title has become forever associated with one of New Wave’s greatest hits, Stein himself said, “I never had an inkling it would be such a big hit, or become the song we’d be most remembered for. It’s very gratifying.” And if you’re thinking of Miley Cyrus throughout this entire backstory, you’re on the nose — the pop star turned the song into yet a another revived hit, as noted by New York Post.