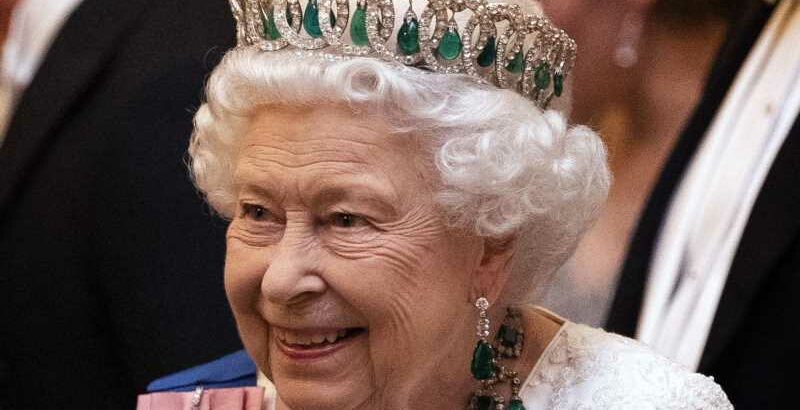 Following the death of Prince Philip at age 99, Queen Elizabeth is determined to continue her royal duties even without her loyal consort by her side. “It is with deep sorrow that Her Majesty The Queen has announced the death of her beloved husband, His Royal Highness The Prince Philip, Duke of Edinburgh,” the palace shared in a statement on April 9, 2021. “His Royal Highness passed away peacefully this morning at Windsor Castle.”

Although Prince Philip stepped back from public service in 2017, he was a constant fixture by the queen’s side and attended 22,219 royal engagements since the queen’s accession to the throne in 1952, until his death — a total of almost 70 years of public service (via BBC). Shedding some light on how the queen is holding up during this tough time, the place shared a photo of the couple via Instagram with a quote from the queen’s 1997 speech in honor of their 50th anniversary.

“He has, quite simply, been my strength and stay all these years, and I, and his whole family, and this and many other countries, owe him a debt greater than he would ever claim, or we shall ever know,” the quote read.

Like Philip, the queen is determined to serve her country until she is no longer able to, making abdication out of the question for this 94-year-old monarch. Keep scrolling for more details about why the queen will never abdicate the throne.

The Queen will never abdicate in honor of Prince Philip

In the wake of Prince Philip’s death, the queen plans to honor her late husband doing what she does best. “Her family will step up and be by her side, but she will carry on. She understands that she has a job to do, and [Philip] would have wanted her to crack on. She did do so when he retired from public life,” a source told People on April 13, 2021. “She will never abdicate because of duty and honor and public service is so deep in her, as it was for him,” another source added.

It appears her family is following suit as they push forward to serve their country in tribute to the late Prince. “Catherine and I will continue to do what he would have wanted and will support The Queen in the years ahead,” Prince William said in a statement following Philip’s death. “I will miss my Grandpa, but I know he would want us to get on with the job.” It sounds like it will be some time before he takes his seat at the throne.