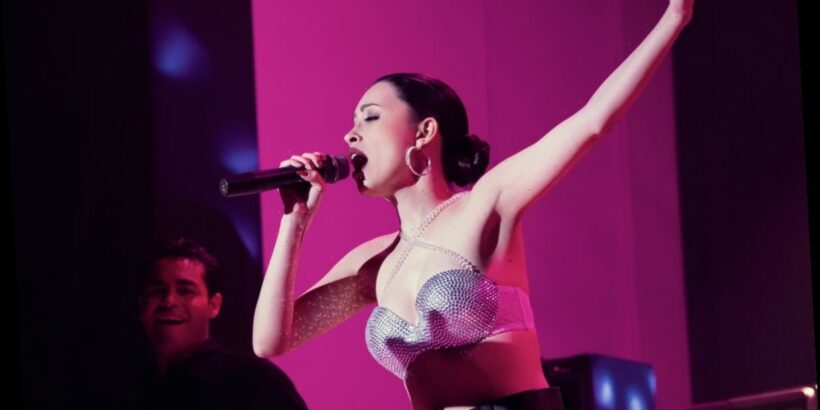 Selena: The Series is ready for its comeback. The Walking Dead‘s Christian Serratos stars in the Netflix show as beloved Tejano singer Selena Quintanilla, who became the most famous female Latin singer of all time. While Part 1 mainly focused on the Mexican-American artist’s upbringing and path to stardom as a teenager, the other half will cover her solo career and untimely death in 1995. The good news is that fans won’t have to wait long to see the rest of her journey play out on the small screen, since the Selena: The Series Part 2 premiere date will be here in a matter of months.

Fans already knew that the show would debut in two parts when the first half arrived on Netflix on Dec. 4, 2020, but on Jan. 15, the streaming service confirmed exactly when everyone can watch the show’s final episodes.

“When Selena Quintanilla burst onto the Tejano music scene in the ‘80s, her dream was to make music that celebrated both her Latin roots and her Mexican-American upbringing,” Netflix’s VP of Latin American Originals, Francisco Ramos, announced in a statement on Friday, Jan. 15. “She ultimately brought these two worlds together, leaving behind a timeless legacy that still resonates with generations of fans around the world.

“We had the same hopes when we released Selena: The Series in December on Netflix,” he added. “We wanted to pay tribute to the young girl with big dreams and an even bigger voice, and honor her incredible rise from performing local gigs with her family to gracing some of the world’s biggest stages. We’re looking forward to continuing this journey when the highly anticipated conclusion of this two-part series premieres globally on May 14.”

Ramos also teased what viewers can expect in Season 2 as Selena achieves mainstream music success, promising that “fans will get to see how [she] balances family, love, and a burgeoning career. Part 2 of Selena: The Series chronicles the years of hard work and sacrifice the Quintanilla family navigate together."

The exec concluded, “We’re thrilled that so many fans both new and old have fallen in love with Selena’s powerful story and beautiful music as we prepare to unveil this next act. This is an encore you won’t want to miss.”

Selena: The Series Part 2 hits Netflix on Friday, May 14.