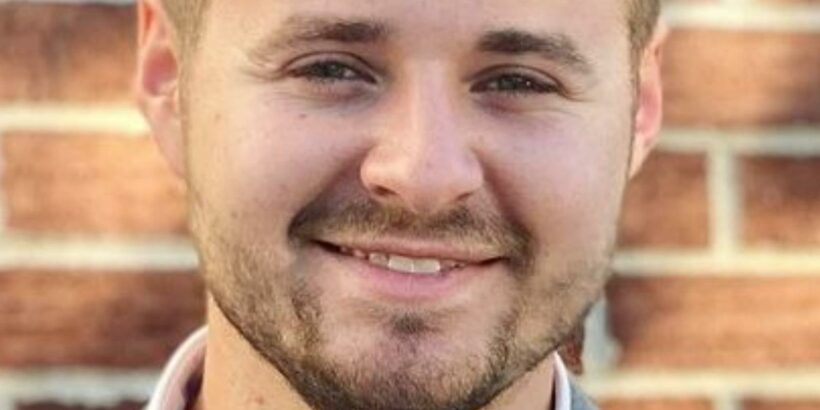 The Duggar family of 19 Kids and Counting just celebrated their second wedding in little over a month. Right on the heels of his brother Justin’s nuptials, Jedidiah “Jed” Duggar married Katey Nakatsu, the woman he had been quietly courting for a year. As with any marriage, Jed’s added new in-laws to his enormous clan — including one who distinctly stands out from the rest.

Katey has an older half-brother, Reed Roberts, who attended her wedding to Jed. In stark contrast to the conservative clan, Roberts describes himself as “a flaming liberal gay brother-in-law in Los Angeles [and] not religious at all,” as he explained in a recent interview. Speaking to vlogger Katie Joy of the Without a Crystal Ball series, Roberts, a hair stylist, discussed his thoughts on the Duggars and his sister’s marriage.

Reed, Katey, and their sister Lauren all have the same mother; the girls’ father is Kory Nakatsu, who shared custody of them after he divorced. Nakatsu observes the same ultra-conservative Christian faith as the Duggars, and raised Katey and her sister in the religion following the divorce. “I’ve always been different than that side of the family…but they’ve always been my sisters, I’ve always loved them, and they’ve always loved me,” Roberts says. “They’ve never made me feel less of a person by being a gay man, ever. And so it was natural — it would have been odd if I wasn’t invited to the wedding.”

Reed Roberts was welcomed by his sister's in-laws

As could be expected, Reed doesn’t agree with many of the fundamentalist practices his sisters and the Duggars grew up with, such as homeschooling. (His sisters were homeschooled; he went to public schools.) Women in the church are expected to dress modestly and never wear pants, a rule Reed sees as “obviously not” normal.

Then there’s the church’s belief in supervised courtship rather than dating, with no physical intimacy before marriage. Reed says, “I’m personally like, that’s a little crazy to me. I don’t know if I could marry someone without kissing them.” Still, he rejects the idea that his sisters have been repressed in any way.  “They were never preachy with me, but they always seemed very happy,” he told Joy. “I don’t look at my sisters and see ‘cult’! Nothing stood out as being…concerning. My mom has always been supportive of my lifestyle and who I am, and she’s been supportive of them as well.”

Fans might well wonder how Reed was received by his sister’s new in-laws, who aren’t exactly known for being LGBTQ+ allies. Mother Michelle actively pushed against an Arkansas trans-rights bill, and oldest son Josh is a member of organizations promoting heterosexual marriage (via HuffPost). Despite their personal views, though, the Duggars were nothing but “sweet” to him, Roberts says. Michelle even invited him to visit the family home. In a separate interview with WOACB, Roberts added, “They were a joy to be around and they were so pleasant and nice to me.”