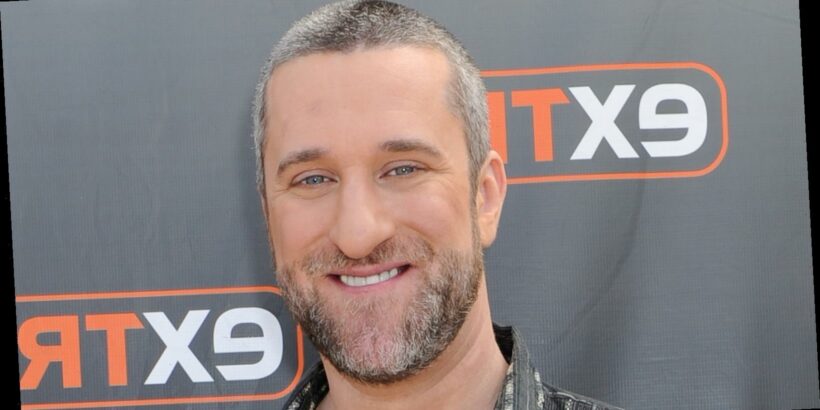 Actor Dustin Diamond, who is best known for his portrayal of Samuel “Screech” Powers on Saved by the Bell, has died, according to the Associated Press. As Us Weekly reported, the star was 44 years old at the time of his Feb. 1, 2021, death, having first been diagnosed with “stage IV small cell carcinoma,” or lung cancer, three weeks earlier.

Celebrities and fans of the beloved ’90s sitcom star have been quick to share tributes, including Diamond’s spokesman, Roger Paul. “We are saddened to confirm of Dustin Diamond’s passing on Monday, February 1st, 2021 due to carcinoma,” the statement read, per People. “He was diagnosed with this brutal, relentless form of malignant cancer only three weeks ago. In that time, it managed to spread rapidly throughout his system … Dustin did not suffer. He did not have to lie submerged in pain. For that, we are grateful.” The statement continued, “Dustin Diamond’s name was synonymous with Screech … [he] was a humorous and high-spirited individual whose greatest passion was to make others laugh.”

Diamond — who returned to Bayside High for multiple spin-offs, including Saved by the Bell: The College Years and Saved by the Bell: The New Class — will also be remembered for his roles in the reality shows Celebrity Fit Club and Celebrity Big Brother. And given the actor’s long list of credits, some fans want more information about his death — we share additional details below.

Dustin Diamond's death was 'sudden,' per his rep

So what else should fans know about Dustin Diamond’s death? The former child actor was first hospitalized in January 2021 in Florida, with his team having “first revealed his diagnosis” on Jan. 14, 2021, per Us Weekly. A source told that outlet, “He’s getting through his treatments now. … It’s such an emotional time. Those close to him try calling him every day to try to cheer him up. He has a handful of people who are in his close circle — his girlfriend being one of them.” Representative Roger Paul told NBC News that the star had begun chemotherapy, and “a second round” of the treatment was “being scheduled.”

Dustin Diamond did not reprise his role in the 2020 Saved by the Bell reboot, per TODAY. According to NBC News, the star’s 2009 book, Behind the Bell, “portrayed the cast in a less-than-flattering light.” Additionally, the star had “filed for bankruptcy” in 2001 and served jail time in 2014. Paul addressed his client’s ups and downs in the statement, noting, “Dustin Diamond was a character in and of himself: an unpredictable spitfire who always left us shocked, but never left us bored.”

Of course, this is a difficult time for those who knew and loved Diamond. “We please ask that you give room for privacy to our team and Mr. Diamond’s family during this tragic time, as we grieve and remember the memories spent together,” the statement concluded. “This loss is as much stinging as it is sudden.”