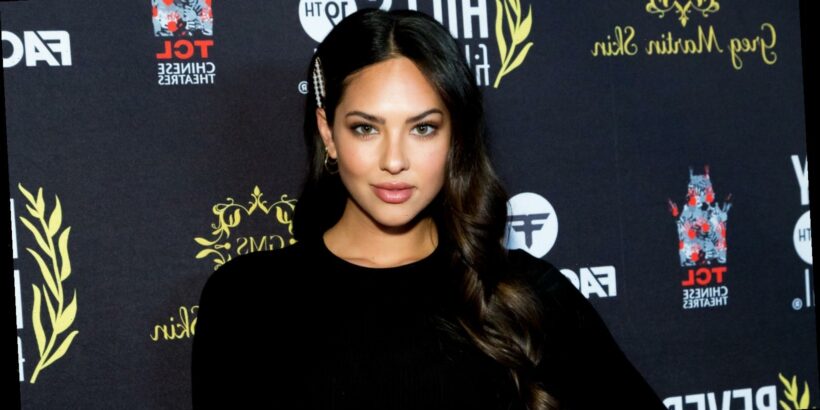 With the NFL playoffs in full swing, all eyes are on the Rams quarterback Jared Goff and his smokeshow girlfriend Christen Harper. The athlete and the swimsuit model were first linked together in January 2019, right before the Rams took on the New England Patriots in the Super Bowl. “Jared is hiding her from everyone except some friends,” a source told SportsGossip.com at the time.

“She was at the game last weekend but sat with the Whitworth clan and not his family and friends from home,” the insider added, referring to offensive tackle Andrew Whitworth’s inner circle. Harper later confirmed her romance with the quarterback when she arrived for Super Bowl LIII in Atlanta the following month. The beauty also shared several photos from the stands as she rocked Rams gear from head to toe, per New York Post, and Rams fans have fingers crossed she will do the same again in 2021. Keep scrolling for more details about Goff’s stunning girlfriend.

Christen Harper is a hard worker like Jared Goff

Just like Jared Goff, Christen Harper has some steep career goals. In addition to modeling, Harper is an aspiring actress and starred in sci-fi thrillers like Auggie, Seven’s Eleven, and The Obituary of Tunde Johnson, per PlayersBio.com. Prior to her movie roles, she made an appearance in a 2006 episode of the beloved series Entourage. Additionally, the brunette beauty was spotted in the HBO docu-series Hard Knocks, per Page Six, while Goff was showing off his at-home “Goff Course,” which totally counts in our book!

The California native isn’t just a beauty. With a degree from Cal State University, she also has her own impressive bank account and a net worth of $1.5 million, per PlayersBio.com. With her rising Instagram following and representation from Wilhelmina Models, it’s a perfect recipe for success.

As for her relationship with Goff, she seems head over heels for the athlete. She confirmed their relationship in July 2019 when she posted a photo of the couple attending the ESPYS together and she’s continued to flaunt their relationship on social media since. Harper gave us a look inside their romance in her October 2020 birthday tribute to Goff, writing on Instagram, “Happy birthday to my best friend, the person that makes me laugh the most and always inspires me to be the best version of myself! I love you so much @jaredgoff.” It sounds like Goff might have found his cheerleader for life!