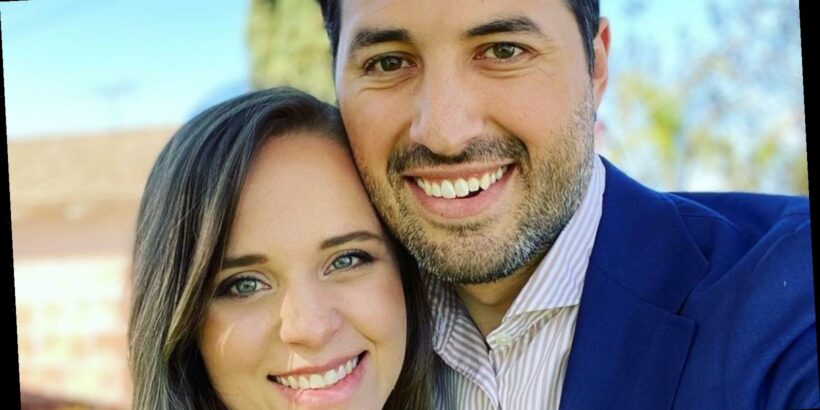 There aren’t many actual “kids” left in the Duggar family of 19 Kids & Counting. All but two of them are either teens or young adults, and nine of them are married, with a 10th expected any day now. In fact, it seems as though a day barely passes without news of a Duggar engagement, marriage, pregnancy, or birth. But as anyone familiar with them knows, parents Jim Bob and Michelle have raised their children in a home where marriage and family are the ideal goals for their daughters, and their sons are expected to wed women with similar mindsets.

Jinger Duggar Vuolo is no exception. She married Jeremy Vuolo at 22 and moved with him to Los Angeles so that he could attend seminary school. They have two daughters: two-year-old Felicity Nicole and Evangeline Jo, born last November. Last year, the couple launched two new ventures: a podcast and an online store. It seems like a perfect Duggarly life, but in recent weeks, concerned followers have noticed that Jinger seems tired and sad in her photos. They’ve also remarked that her recent photos don’t include baby Evy, and criticized Jeremy for going golfing solo while Jinger doesn’t seem to get much me-time. Even their Hope & Stead store began getting complaints about broken merchandise (via Cheat Sheet).

Then came a real shocker. As the U.S. edition of The Sun reported, the Vuolos abruptly took their podcast and store offline — and a source claimed that their marriage was going through a rough patch.

Jinger and Jeremy are making a comeback

Someone with inside access to Jinger and Jeremy told the tab, “They have been juggling a lot with a new baby, their lifestyle brand, and releasing books, all in the middle of a pandemic. They feel a bit overwhelmed and their relationship has suffered.” The source added that while the two are still “very much in love,” they decided to cut back on their work so they could work on their marriage.

Coincidentally enough, the Vuolos posted a new couple photo on Palm Sunday, not long after the Sun story broke. Dressed in blue, both looked happy and content as they cuddled close for the camera. Then on Monday, they relaunched their Hope We Hold Instagram page, with a caption saying, “Thank you for being patient as we took time to focus on our family!” They added that Hope & Stead will be merging with their Hope We Hold podcast, with more products and posts forthcoming. Then Jinger and Jeremy teased “a couple announcements” on the way soon. (At this writing, the podcasts and store are still unavailable.)

So is their marriage back on solid ground again, or are they just trying to stop the gossip from spreading too far? Either way, fans are already flooding them with “welcome back” wishes and promises to listen to the new episodes of the podcast when they air.