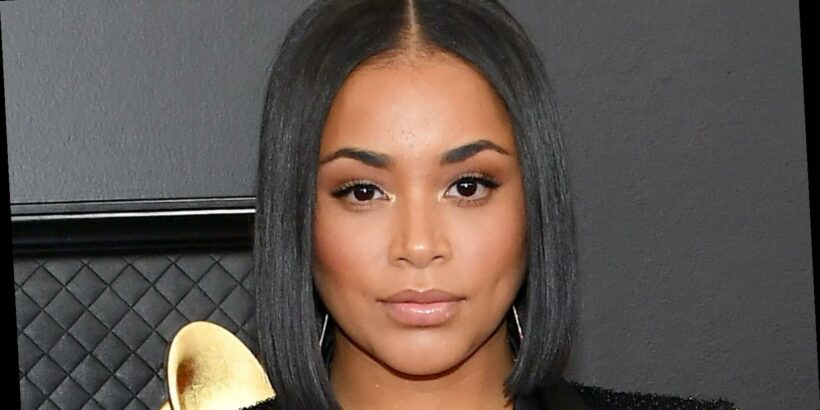 Even while living a rather private lifestyle, actress Lauren London has managed to become a trending topic on social media. In early February 2021, the ATL star found herself at the center of pregnancy rumors. The Los Angeles Sentinel initially reported they confirmed the news that London is expecting her third child prior to a formal announcement. The Crenshaw-based publication additionally tweeted a link to the story on Feb. 9, 2021. According to the publication, a source confirmed London’s pregnancy and claimed the actress is planning an intimate baby shower.

Following the news break, fans took to social media with their speculations about who possibly fathered London’s supposed bun in the oven. Previously, the world grieved with London after the tragic death of her longtime boyfriend, late rapper Nipsey Hussle. The “Racks in the Middle” rapper died on March 31, 2019 at the age of 33 from gunshot wounds to the head and torso following an altercation outside of his Marathon clothing store, per Billboard. While London’s supporters have asked for other social media users to respect her privacy, fans are wondering how true are the rumors of her pregnancy.

Keep scrolling to find out the truth behind Lauren London’s rumored pregnancy.

Lauren London spoke out amid the pregnancy rumors

After news broke about Lauren London’s potential pregnancy, fans took to social media to share their reactions. For the most part, they urged their peers to stay out of London’s business. “Why is it that every time Nipsey is back in the limelight, we hear through the grapevine that Lauren London is pregnant?” one user tweeted. “Why can’t y’all let that grown woman do as she pleases, whether that’s moving on or staying put. allow her the agency, I beg.”

Nipsey Hussle’s former bodyguard J-Roc denied the rumors on Instagram Story, per The Shade Room. “Fake News!! You people is miserable but sense [sic] we got y’all attention What It Feel Like Hussle x Hov 2/12/21 #TMC,” he wrote, referring to the late rapper’s collaboration with Jay-Z for the Judas and the Black Messiah soundtrack.

London later took to Twitter to address the Los Angeles Sentinel headline, and clearly she wasn’t too happy. “Woke up to some straight bulls**t. Rumors ! Lies ! On a woman trying her best to heal?!” London tweeted. “Please stop. I’m NOT pregnant.”

Since Nip’s death, London has continued his marathon in her own way. In addition to caring for their son, Kross Ermias Asghedom, and her eldest son Kameron Carter, London revealed she’s been in a “personal quarantine” since the “Blue Laces” rapper’s death. “I will light a candle for my beloved,” London told Queen Afua in May 2020, per Madame Noire. “I will do the things that honor him that I know that he respected.”