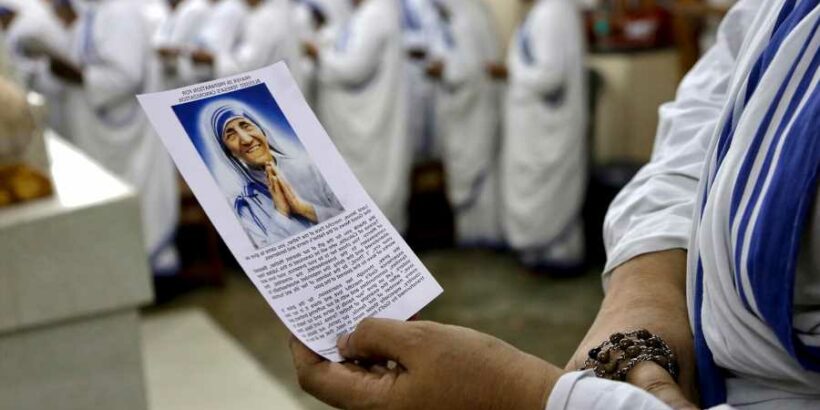 Rococo Punch and iHeartMedia have announced a new podcast series, The Turning: The Sisters Who Left, which explores the lives of several women who joined and later departed from the order of Mother Teresa.

Hosted by Erika Lantz, the 10-episode podcast series features interviews with former members of the closely guarded order, where sisters took vows of poverty, chastity, obedience, and “wholehearted and free service to the poorest of the poor.” For the first time, the women publicly share stories of abuse and betrayal, describing instances in which they were forbidden to have friendships and were separated from their families.

“I always knew it was an extreme religious order,” one of the women says in the podcast’s trailer, “because it was a place where you could really give yourself completely. That was part of the attraction. And part of the cultishness, I suppose.”

“I heard about Mother Teresa growing up,” Lantz says. “I knew about her work with the poor, her Nobel Peace Prize, her sainthood. But I didn’t know who she was — her personality, her toughness, her resilience, her inner suffering. After talking to the women who worked alongside her, I feel like I’m starting to.”

Produced by Rococo Punch and iHeartMedia, The Turning: The Sisters Who Left will premiere on Tuesday, May 18th, with new episodes available weekly on iHeartRadio and all major podcast listening platforms.