Every year is better than the last. The Weeknd honored girlfriend Bella Hadid on her 22nd birthday with a sweet tribute highlighting romantic moments they’ve shared together.

The “Call Out My Name” crooner, 28, took to Instagram on Tuesday, October 9, to share a series of PDA-filled shots of the pair. In one clip, the couple are recorded from a few feet away while having a drink. Hadid smiles at the camera before leaning into to The Weeknd (real name: Abel Tesfaye) before they kiss. 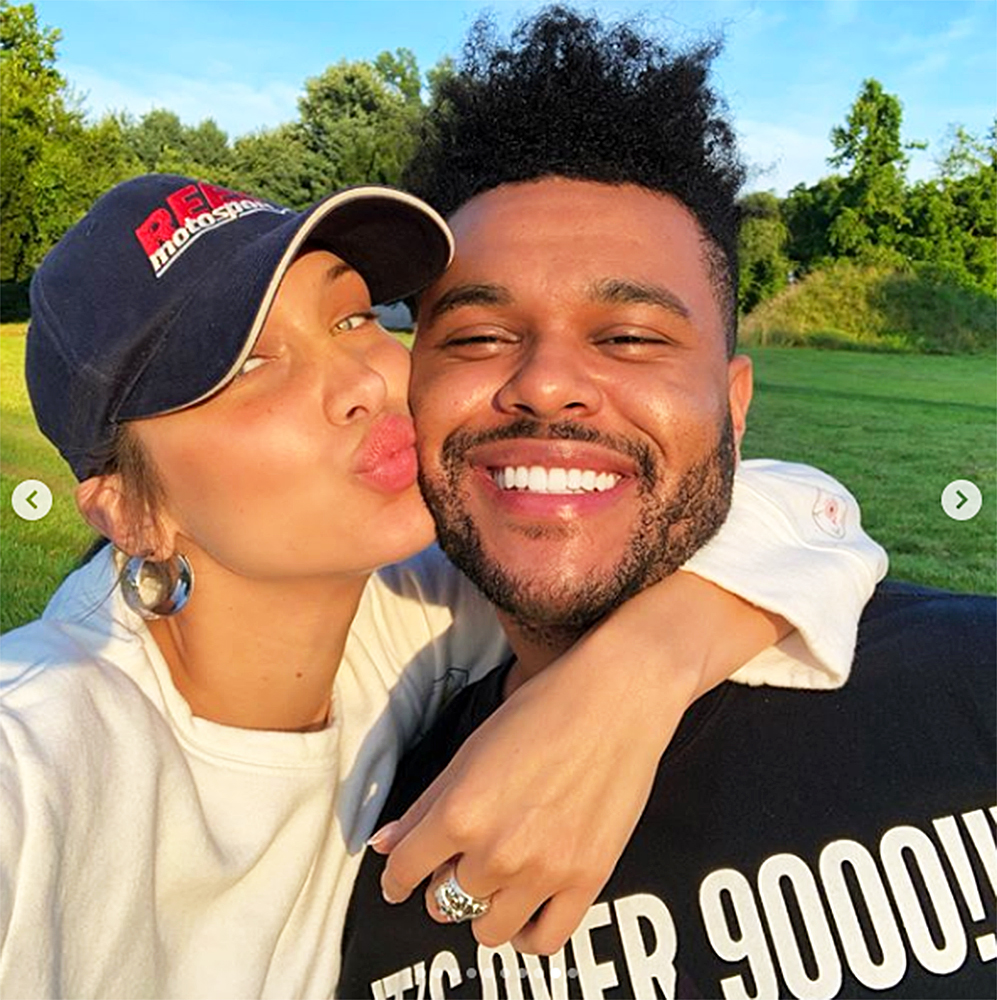 In several photos posted by the musician, the pair embrace while out on dates or at parties. In another, the supermodel relaxes in a bathtub full of roses while she kisses his hand. The Grammy winner captioned the post, “happy birthday Angel” with heart emojis. Those closest to Hadid, including her mother Yolanda Hadid and best friend Kendall Jenner, liked the sweet post.

Hadid and The Weeknd dated for two years before splitting up in November 2016. The “Can’t Feel My Face” singer was later involved in a relationship with Selena Gomez before they went their separate ways in October 2017, while Hadid was previously linked to Drake.

The former flames sparked speculation that they were back together after Us exclusively revealed that they were seen locking lips and “canoodling” at the Coachella Valley Music and Arts Festival in April 2018. They were spotted getting close at the Cannes Film Festival a month later.

Us Weekly exclusively revealed in August that Hadid and The Weeknd had rekindled their romance. One source told Us, “Bella and The Weeknd are fully back together and so great with each other” while another insider revealed that the two “are great and happy together now.”

For all the inside details on the biggest celebrity stories and scoop this week, subscribe to our new podcast “Us Weekly’s Hot Hollywood” below!