This week, People magazine broke the news on Instagram that Ashley Iaconetti and Jared Haibon got engaged on the set of Bachelor in Paradise season five. The announcement came a little more than a month after the couple publicly shared their relationship on May 22 in a YouTube video. But with anything in the Bachelor franchise (and reality TV in general), viewers can’t help but wonder if there’s more to the story. In a private Facebook group, a fan proposed a theory about Ashley Iaconetti and Jared Haibon’s engagement: What if the two of them actually got engaged before filming Bachelor in Paradise, while on a vacation in Hawaii? Elite Daily has reached out to reps for both Iaconetti and Haibon for comment.

After Iaconetti and Haibon announced their relationship, the two escaped to Hawaii for a quiet vacation away from the press, attention, and chaos of everyone talking about them. They left for their trip on May 24, posting Instagram stories traveling through the airport and arriving at their hotel. The two shared many highlights from their trip while there, including Instagram stories of Haibon kissing Iaconetti and them eating food together on the tropical island.

The fan theory suggests that the pair actually got engaged in Hawaii, and points to evidence that:

In one of the Hawaii pictures, you can’t see Iaconetti’s left ring finger. In another picture that the photographer posted on Instagram, Iaconetti wears a ring on her right-hand ring finger – perhaps as a placeholder ring until that Neil Lane bling on an upcoming episode of Paradise? 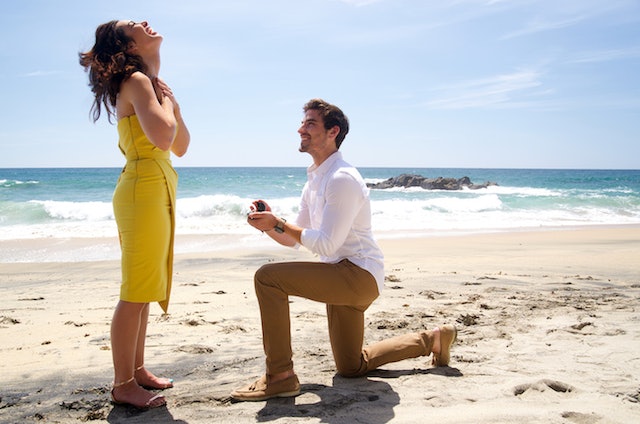 For Iaconetti and Haibon, if they were to get engaged in Hawaii before Paradise, they would get the best of both worlds. They’d have their own private engagement time together, and then a televised moment on the show where they met. That sure is a memorable love story – a happy ending to the "journeys" they both began in the franchise years ago.

It’s unlikely we’ll get to the bottom of this. If the theory is true, it’s doubtful Paradise producers would want one of their fairytale engagements on the show to look possibly fake. Because yeah, everything we see on reality television is completely genuine and true-to-life. *Looks at camera.*