Kourtney Kardashian and Younes Bendjima are reportedly done for good. According to sources close to Kardashian, she’s far too happy being single to even consider getting back with her model ex-boyfriend. The pair broke things off in August after being together for a little over a year, and Scott Disick is reportedly happy they’re not together anymore. According to E! News, while Kardashian and Bendjima’s relationship is nonexistent now, things are going great between Mason, Penelope, and Reign’s parents. Yup, this Kourtney Kardashian and Scott Disick relationship update is a good sign that these two are on great (strictly platonic) terms. Elite Daily reached out to Kardashian and Disick’s teams for comment on the report, but did not hear back by the time of publication.

A source told E! News that Kardashian "has zero plans on getting back with Younes Bendjima and is enjoying being newly single." TMZ reported on Aug. 7 that Kardashian and Bendjima had broken up. The fallout was public and dramatic as hell on Bendjima’s end, with Bendjima posting angry Instagram stories directed at Daily Mail prompting Kim and Khloé Kardashian to defend Kourtney on the app. Now that the dust has settled on all of that, the source told E! that Kardashian is "definitely open to dating again," but she’s enjoying her single life for the moment and "is in no rush to settle down with anyone." She’s spent her newly single life on vacation with friends and just enjoying life, which is Klassic Kourtney™.

As for Kardashian and Disick, their relationship is apparently better than ever. 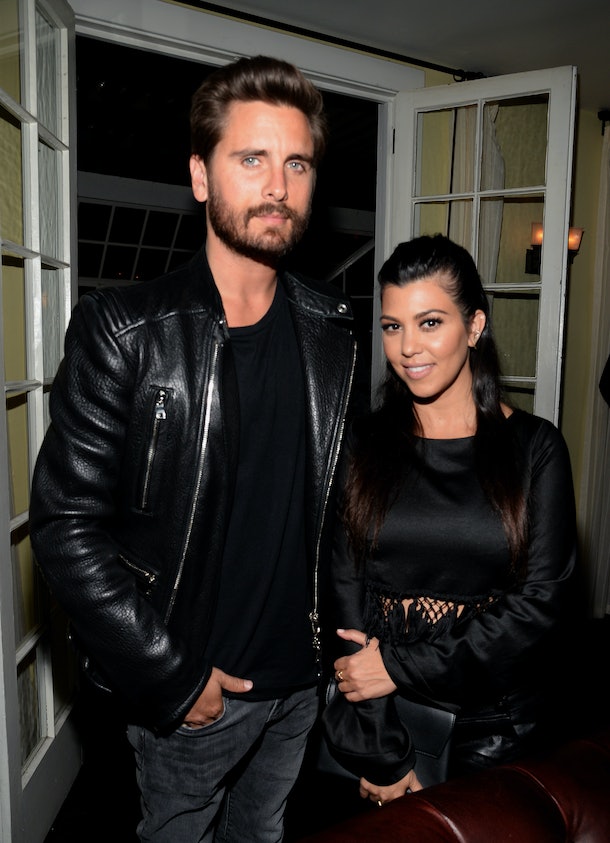 The source made it clear that there’s no hope for romance to flourish again for the amicable exes (Disick is still happily dating Sofia Richie, so that’s not on the table even if Kardashian was remotely interested), but their co-parenting friendship is on great, supportive terms. "Kourtney is really good at cutting people off and once you do her wrong once, it’s hard for her to let you back in her life," the source said. "She has no interest in getting back with Younes or even Scott, and would definitely consider dating someone new."

Apparently, Kardashian and Disick are on great terms right now. "They have a better understanding of each other’s needs and wants when it comes to co-parenting and being in a civil friendship together," they said. And her feelings about his relationship with Sofia Richie (and her involvement in their kids’ lives as a result) have evolved as well. "Kourtney has become more understanding of Scott and his relationship with Sofia," the source revealed. "It doesn’t bother her anymore like it used to."

Another source told the outlet that "Scott is very happy Kourtney cut it off with Younes," so it looks like he never really adjusted to Kardashian’s relationship with Bendjima like she did with his relationship with Richie, but the original source still maintains that the two are getting along well. "There have been many ups and downs between Scott and Kourtney," they said, "but they have definitely been on the same page recently." And now you’re all caught up with at least one Kardashian.