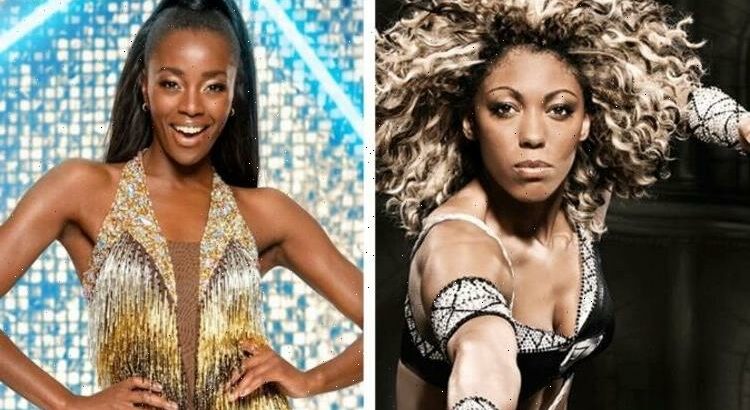 Little could many of her followers have imagined that behind the deadly serious TV persona, she has been harbouring secret desires to become a star dancer and be known not as a doctor, but as “just Zoe”. The TV celebrity has revealed she’d love to appear on Strictly and even form her own show, perhaps with pal AJ Odudu.

Most are familiar with Zoe for her discussions on medical topics such as skin conditions and bowel movements.

Yet Dr Zoe had a TV career long before her This Morning appearances, starring as the feisty fighter Amazon on Sky show Gladiators.

Now she’d be keen on stepping back into the spotlight and doing a stint on Strictly.

“I got a little taste of the media world… when the opportunity came up to do Gladiators,” she revealed.

Sadly, Zoe’s early start in the world of dance as a child was cut short as her mother could no longer afford to pay for her lessons after she transitioned from primary to secondary school.

It felt like a bittersweet lost opportunity for Zoe, who would have enjoyed moonlighting as a celebrity dancer if she’d had the chance.

“I used to watch Come Dancing when it was Angela Rippon back in the 80s from Blackpool Tower, which most people won’t even remember or perhaps weren’t even alive,” the 40-year-old reminisced of her younger years.

“I wouldn’t go on I’m A Celebrity, 100 percent definitely not,” she added. “But the reason I would go on Strictly is because I would get to learn to dance.

“That would be the motivator, rather than a TV show, to have an opportunity to get to dance like that.”

Meanwhile the former Gladiators star has struck up a close friendship with Strictly Come Dancing star AJ Odudu and says she’d like to perform with her on stage, or possibly connect with her for a TV show of their own.

“I don’t even know what the TV show would be, but I think it seems like an opportunity to be part of a TV show where I’m not there as the medical expert,” she explained.

Craig Fairbrass on his journey from Hollywood to EastEnders [INSIGHT]

“Instead of being Dr Zoe, I’d just get to be Zoe.”

She added: “There’s a big side of my personality and who I am that doesn’t get an opportunity to shine on This Morning or when I do Trust Me, I’m A Doctor, because we all have these different personas that we rely upon, depending on what role we’re playing.

“It would be great to make some TV, something fun, with some mates, and get to show people Zoe.”

Zoe now has a baby son, who had some medical issues following his birth in the midst of the pandemic last year, and her heart had been in her mouth after the pair of them both tested positive for Covid.

However his health has now improved, and Zoe would relish the opportunity to take on roles besides those of doctor, carer and mother.

Talking of her Gladiator role in her younger years, she recalled: “I was Amazon, so I had to be a tough, strong, confident Amazonian woman.

“You might hear your voice shaking, but if you have to appear to be strong and confident, projecting that impacts you on the inside.”

Perhaps Zoe can harness similar confidence to take on a dancing role in the future.