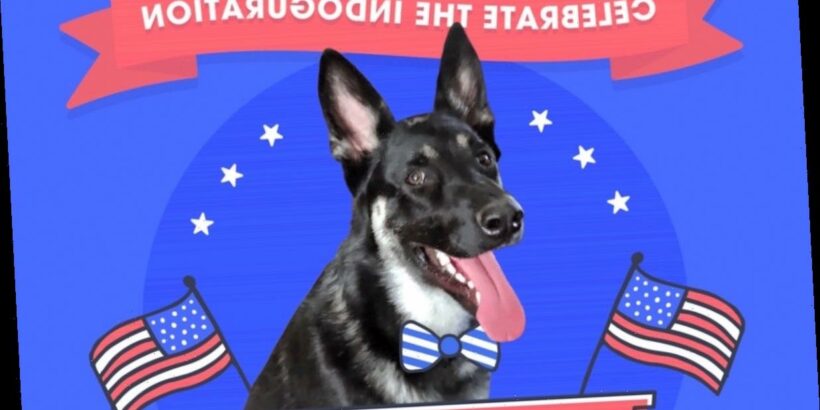 On Sunday, Jan. 17, Major Biden celebrated becoming the very first rescue pup to reside at the White House with his very own "indoguration." Coming just three days before President-elect Joe Biden’s inauguration ceremony, the charity event was a celebration for dog lovers across the country, complete with videos of pups looking for their "furever" home and a memorable performance from Josh Groban. This video of Joe Biden’s dog Major’s indoguration also included heart-tugging video footage of the day the former vice president adopted the German Shepherd back in 2018.

On Sunday, the Delaware Humane Association and Pumpkin Pet Insurance held the online charity event, which they called "the world’s largest virtual party for dogs," to recognize Major’s journey from rescue pup to first dog. The German Shepherd, whom the Biden family adopted from the DHA (a nonprofit no-kill animal care and adoption center) back in 2018, will be the first dog rescued from a shelter to make his home at 1600 Pennsylvania Ave. He will be joined by his brother Champ, also a German Shepherd, who has been with the Bidens since 2008.

Unfortunately, Major and Champ weren’t able to attend — host Jill Martin of NBC’s Today said "he and Champ are hard at work in preparation for their big move this week" — but viewers were able to donate money to rescues, nominate their own pups for a position in Major’s cabinet as the Secretary of Rescue Dogs, and watch Joe Groban perform a version of "(How Much Is) That Doggie in the Window?" by Patti Page.

Before the cover, which Groban aptly changed to "I’m adopting that doggie in the window," the singer talked about the power of animals to unite people. Back on Jan. 10, the "Believe" singer first took to his Instagram Story to ask Biden if he could do the honors at the virtual indoguration, and luckily, it looks like the president-elect was on board.

"In this crazy, insane, divided world, we need animals to bring us together," Groban told the audience after congratulating Major and Biden on their achievements.

Unite people it did, because the event was able to raise over $100,000 for the Delaware Humane Association and tickets to the Zoom party quickly sold out before the event.

Only time will tell how Major chooses to follow through on his duties as the Secretary of Rescue Dogs, but he deserves some major a-paws for paving the way for other rescues in the White House in the future.