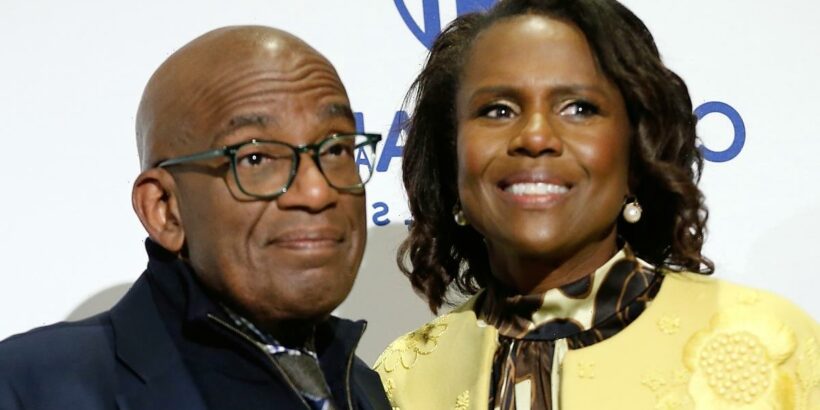 While Al Roker and Deborah Roberts spent the Thanksgiving holiday celebrating with family like many others, they also took it as a chance to pay homage to someone dear.

The Today star’s wife took to her social media to share that on the occasion, she paid a heartfelt tribute to a late relative.

She shared pictures of the plates they used for the meal, colorful ceramic ones that featured a beautifully created turkey in the center. She also added a picture of an inscription dated 1985 made on the back of the plate.

Deborah revealed that her late aunt was the one who had made these plates, writing in the caption: “Thursday thoughts…these days so many of us are reminiscing about family and memories.

“My Georgia nostalgia was triggered on thanksgiving when we decided to honor my late Aunt Dilcie, who left us a few years ago at age 97.

MORE: Al Roker’s touching message to wife Deborah Roberts as she pays tribute to someone special

“She was quite a story teller and a creative spirit. She took ceramics classes in her 60s and made these Turkey plates back in 1985 …and gifted them to me later in life as she was aging to make sure her treasured items found nice homes.

“Well my home is warmer with this memory of Aunt D. #tbt #familyiseverything,” she emotionally concluded.

Deborah paid a heartfelt Thanksgiving tribute to her late aunt

Fans took to the comments to gush over the beautiful tribute and send their support to the ABC reporter, as one wrote: “The work of her hands still lives on. #byhand.”

Another commented: “Oh man love things lk this! That plate is absolutely beautiful,” with a third adding: “Those are absolutely wonderful. What a treasure trove!”

The journalist also revealed that she spent the holiday enjoying the Macy’s Thanksgiving Day Parade, sharing a picture of herself joyfully posing in front of one of the balloons.

She took to the caption to share her story of growing up watching the parade and reflected on the moment, ending with: “I hope we can all remember for just a moment … what we appreciate in life and reach out to those we love and count our blessings. Happy #thanksgiving.”