The New England Patriots rarely play the Chicago Bears as they are in different conferences.

But tell that to the real-life bear that Patriots quarterback Tom Brady ran across in the Montana countryside.

The 40-year-old quarterback posted a hilarious video to his Instagram Stories on Wednesday, July 4, in which he stared wildly at his cell phone camera, whispering: ‘There’s a bear!’ 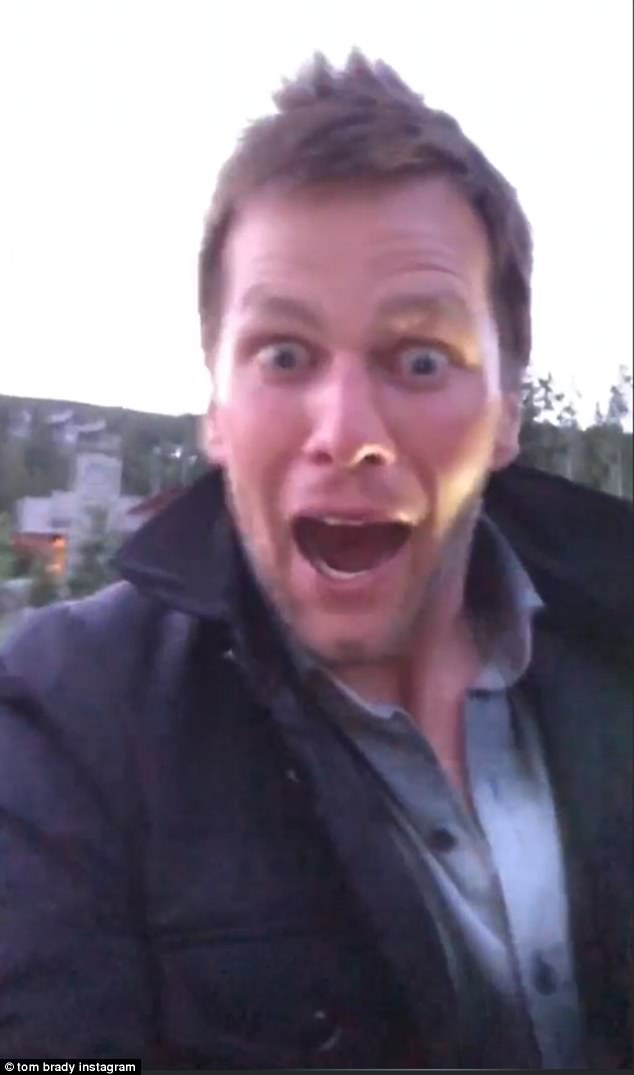 There’s a surprise: Tom Brady was shocked to see a bear in the Montana countryside and filmed the animal and his own reactions then shared them on his Instagram Stories on July 4

The professional athlete swung his lens around to reveal what looked like a large brown grizzly ambling off towards a forest of fir trees.

Putting the focus back on himself, he said: ‘Riiiiiight’ before a last look at the bear.

Tom was in Montana to celebrate his mom Patricia’s birthday.

He shared a cute snap of himself and his dad Thomas on either side of her as they kissed her on her cheeks, which he captioned: ‘Happy 4th of July and Happy Birthday to the best Mom a son could ask for!’ 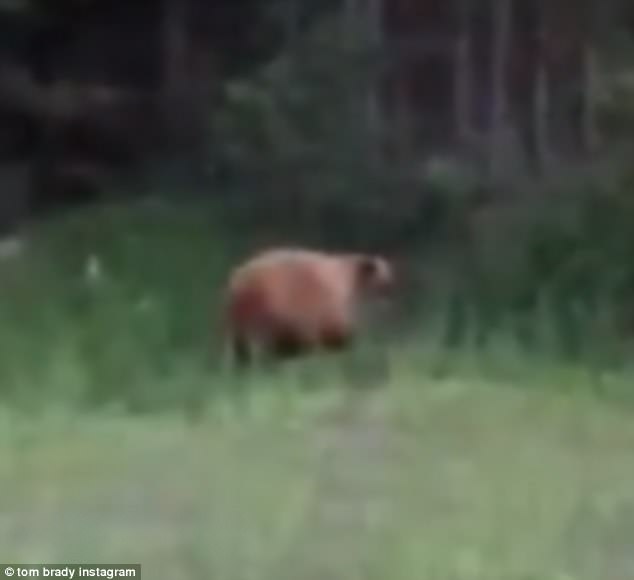 The bear’s not interested: The 40-year-old pro-athlete swung his lens around to reveal what looked like a large brown grizzly ambling off towards a forest of fir trees

Meanwhile, there was no sign of his wife of nine years, Brazilian bombshell Giselle Bundchen.

He shares two children with the beautiful model – Ben, eight and Vivian, five. 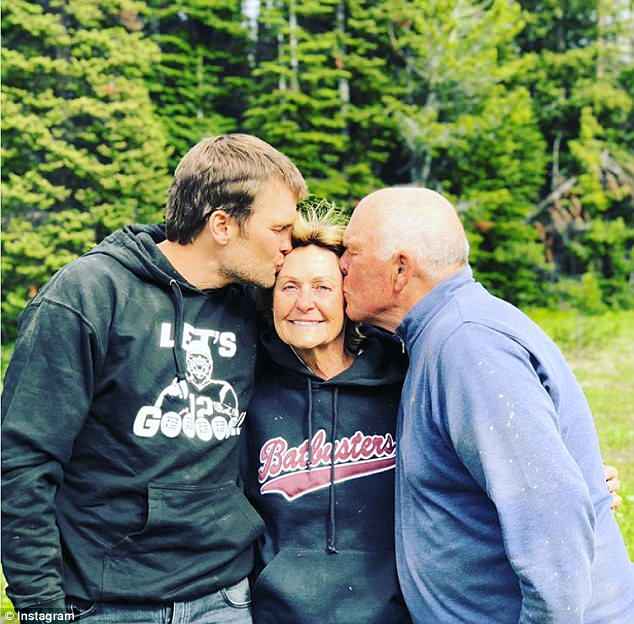 Special day: Tom captioned this snap of himself and his dad kissing Patricia that he captioned,  ‘Happy 4th of July and Happy Birthday to the best Mom a son could ask for!’

Meanwhile, he was effusive about Gisele when he appeared on Oprah Winfrey’s Super Soul Sunday TV show in June.

‘How has being with her enhanced your life?’ Oprah asked.

‘Oh man, every possible way, it really has,’ he was quick to answer. ‘I couldn’t imagine a better partner for me in my life, how she supports me, the mom she is to our kids.’ 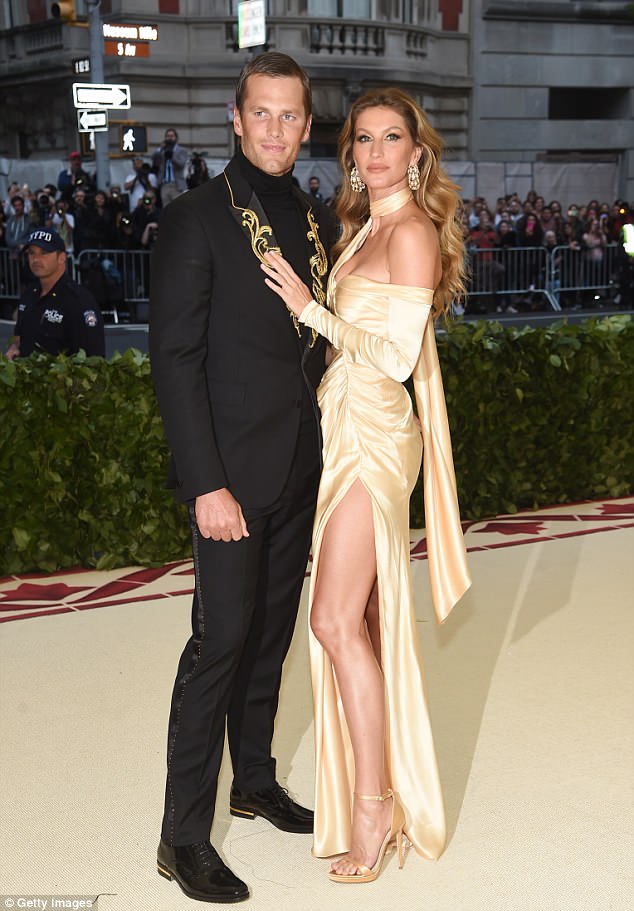 With his golden girl: Tom and wife Gisele Bundchen at the Met Gala in May in NYC. He recently told Oprah Winfrey that he coudn’t imagine a better partner for me in my life’