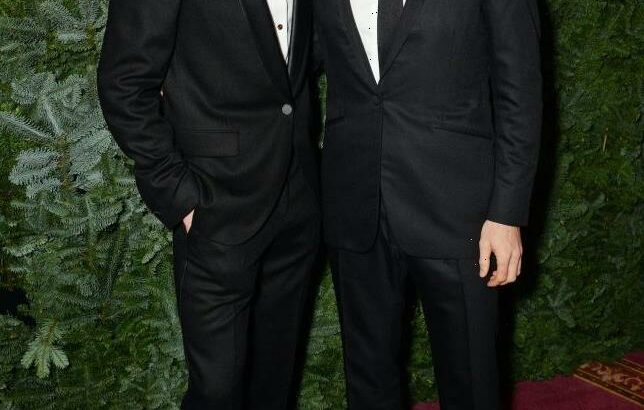 Tom Hiddleston and Benedict Cumberbatch both play primary characters in the Marvel Cinematic Universe. Hiddleston plays Thor’s brother and the God of Mischief, Loki (who is about to receive a Disney+ standalone series). And, Cumbertach portrays Doctor Strange — who is about to lead Doctor Strange in the Multiverse of Madness opposite Elizabeth Olsen’s Wanda Maximoff. However, the two actors boast quite expansive careers outside the MCU. Cumberbatch starred in The Imitation Game, The Courier, The Mauritanian, and more. Hiddleston has taken his talents to Broadway and The West End, starring in productions of Ivanov, Betrayal, and more.

Cumberbatch and Hiddleston sat down to talk about acting and cinema for Interview Magazine. Cumberbatch asked Hiddleston, “But I was wondering if there was an era of film—if you had a time machine—that you could go back and be a part of?”

Tom Hiddleston on the likes of Fred Astaire and Ginger Rogers

Hiddleston reveres films that, back in the day, were filled with high-energy, non-stop song and dance numbers. He told Cumberbatch:

“There are two great eras that I still revere. I’m bowled over in awe and admiration by the uninterrupted takes of the dancing of Fred Astaire and Ginger Rogers and Gene Kelly. There’s no “We’re going to fix it in post.” I was watching a clip from Swing Time [1936] and … What’s his name in Singin’ in the Rain [1952]? “Make ‘Em Laugh”? Donald O’Connor! I watch those films in awe. That was a different kind of performance”

Fred Astaire and Ginger Rogers remain icons to this day. Who can forget Astaire’s performances in The Bandwagon, Shall We Dance (which also starred Rogers), Funny Face, and Three Little Words? As for Rogers, she’s well known for ‘30s successes like Top Hat, Swing Time, and The Gay Divorcee. Yet, those golden ‘30s and ‘50s movies aren’t the only films Hiddleston would yearn to be a part.

Hiddleston labeled the 1970s as the other film era he would want to travel back in time to. Cumberbatch said, “When the East Coast boys took over L.A. and the studio system? The Scorseses …?” Hiddleston agreed, adding:

The ‘70s were filled with classic gangster movies like The Godfather franchise, The Sting, Mean Streets, Get Carter, and more — all of which cemented a foundation for the future of the gangster/mob genre. Yet, the decade also welcomed the likes of King Kong and The Four Musketeers.