The current Spider-Man posted a throwback selfie of himself and the current MJ. The image shows the two looking in a mirror in a makeup trailer, back when they were filming the MCU trilogy. Zendaya is behind the camera, while Holland looks tough in painted-on battle wounds and his Spidey suit.

The former Disney kid and the Brit have been rumored to be dating since they starred in Spider-Man: Homecoming in 2017. Though neither actor has spoken publicly about their relationship, they were spotted kissing in a car earlier this summer in L.A. Since then, they have also reportedly gone out to dinner and attended a friend’s wedding together.

Z spent the early hours of her 25th year on another set, filming Euphoria‘s highly anticipated second season. She shared a pic of the midnight shoot on her Instagram Story, captioning it, “No place I’d rather spend my bday… 20 more mins.” 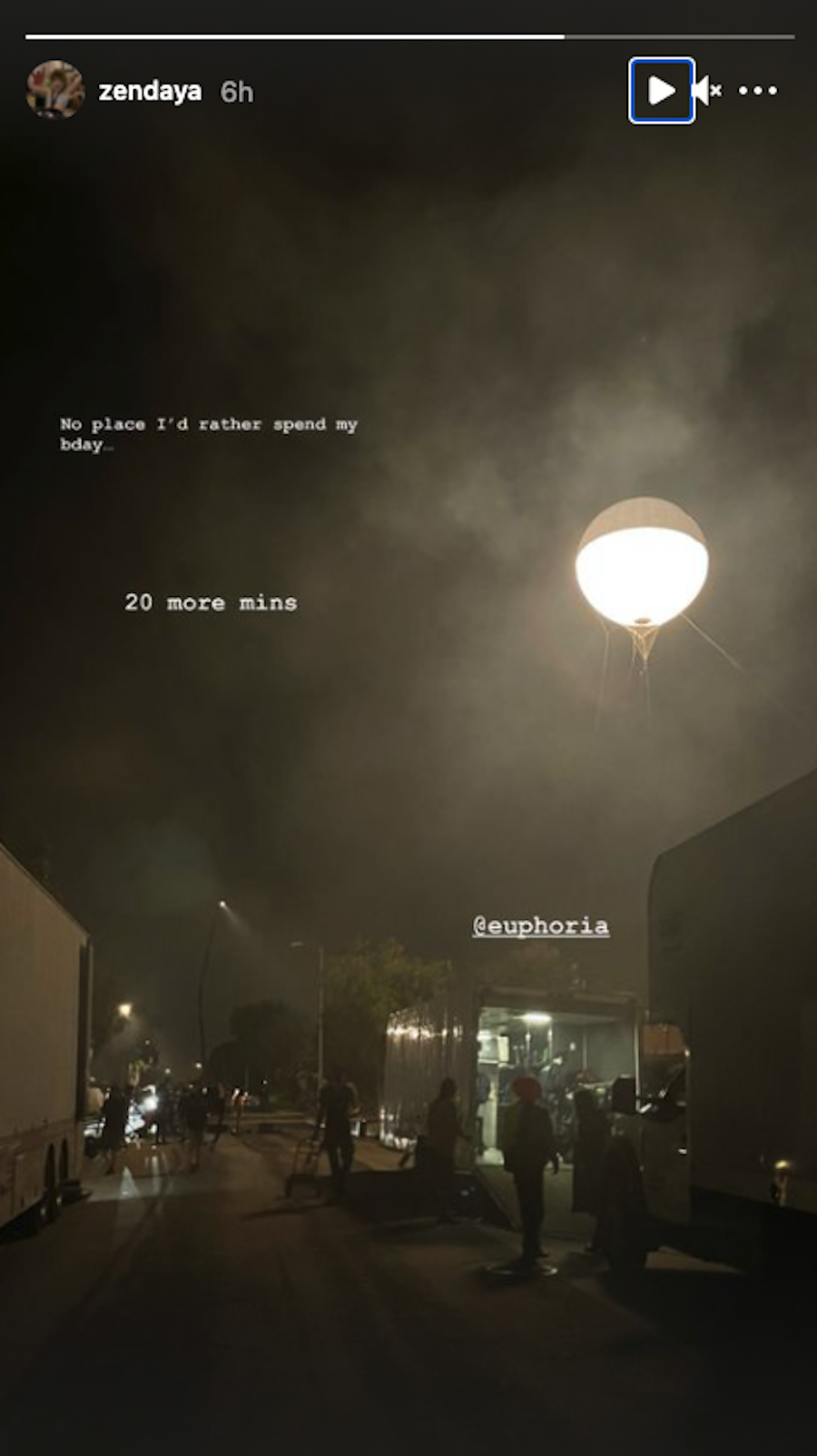 The Emmy-winning actor will make her live-action return to the big screen this fall, appearing in the sci-fi flick Dune. But it’s not a huge role, according to what she recently told Empire. “My part is very, very small in this movie, and that’s why I’m so excited to see it, to see what everyone’s been up to.”

In the same interview, she gushed about her costar, Timothée Chalamet. “We met at my chemistry-read. I felt like we’d known each other forever, like this was my homie growing up. We became really great friends. He’s obviously very talented and really passionate about his job and takes it very seriously, and I think it shows in his career. Taking on this massive movie, I would be terrified, you know what I mean? But he handles it with such grace. He’s brilliant,” she said.